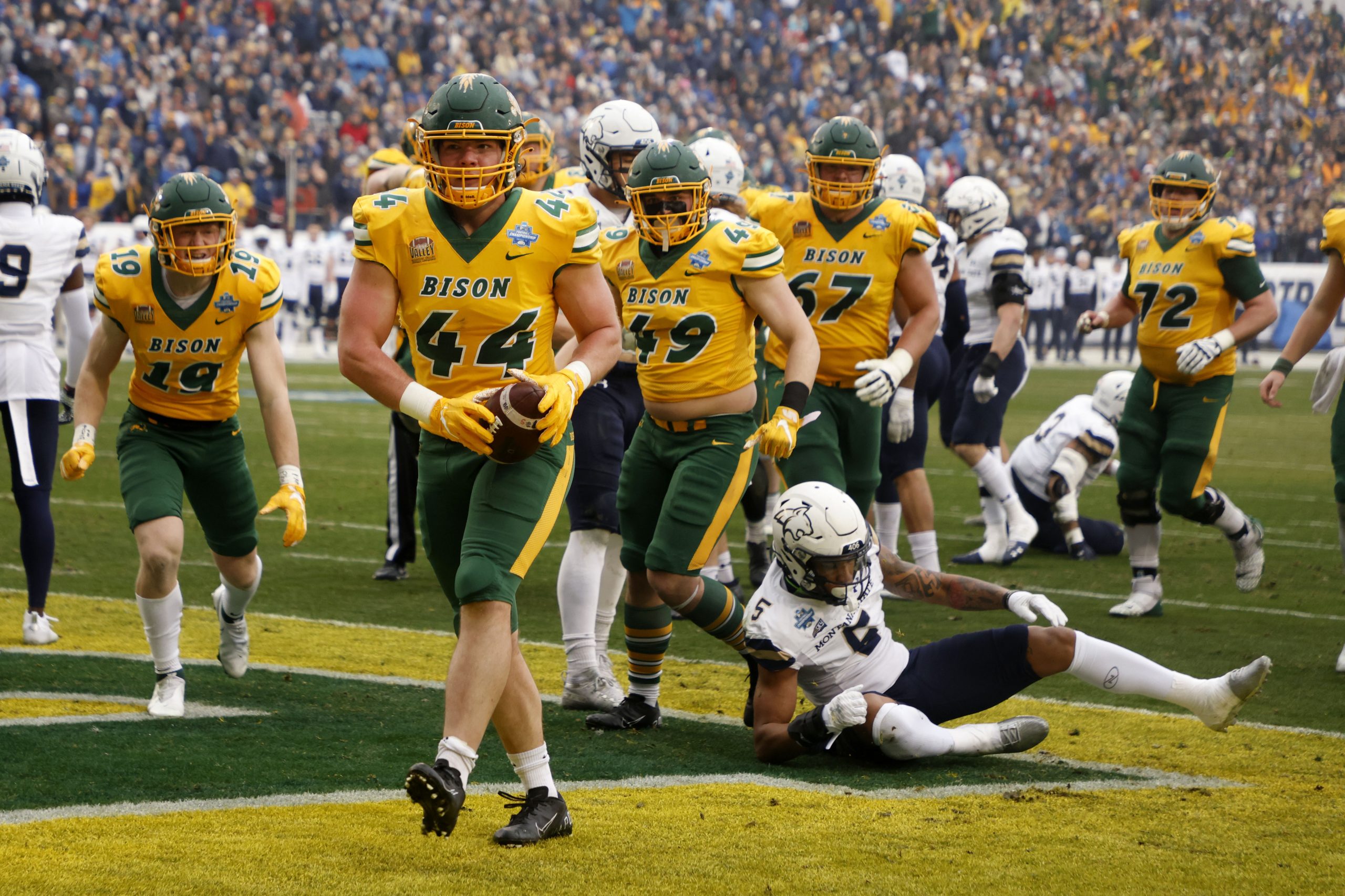 How North Dakota State Stacks up in FCS Playoff History

North Dakota State’s return to the NCAA Division I FCS championship game on Jan. 8 is continuing what is the greatest dynasty run in college football history.

The Bison have captured nine national titles in an 11-season span since 2011 – a first on the NCAA, NAIA and JUCO levels – and will seek to make it (a perfect) 10 against rival South Dakota State in a highly anticipated showdown.

“Never in millions of years when the Bison were going through the Division I transition and were not eligible for the playoffs did anybody think this was even remotely possible. How did they do it? A perfect combination of recruiting the right guys, coaching, some top programs leaving for the FBS and a physical style of play that nobody else could match,” said Jeff Kolpack, a long-time NDSU media member who wrote the definitive book, “Horns Up: Inside the Greatest College Football Dynasty.”

The dynasty was set up in 2010 with two victories and a run to the national quarterfinals in the Bison’s first-ever FCS playoff appearance.

Following is how North Dakota State’s 13 playoff teams stack up with other schools in the 45-year history of the FCS playoffs: