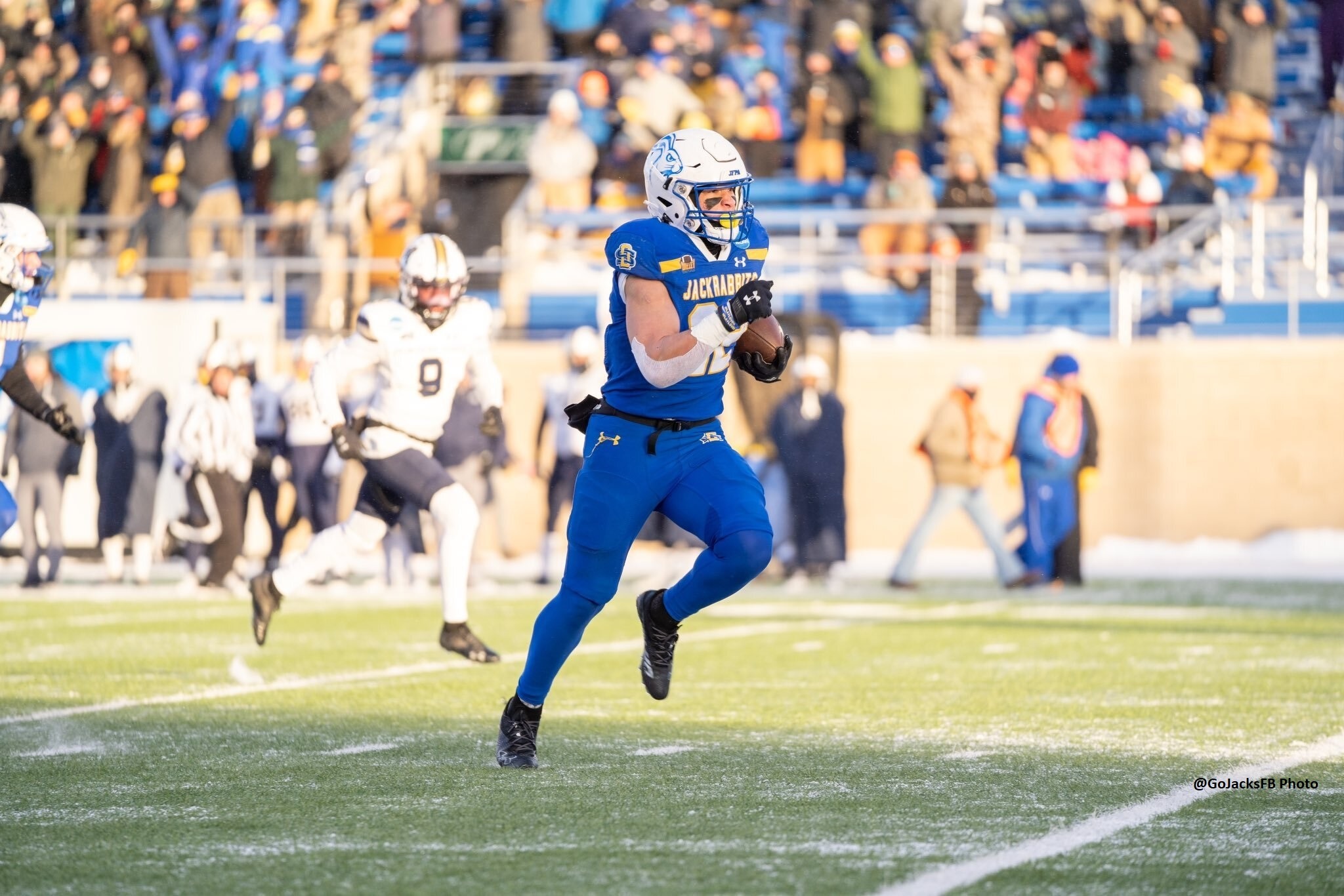 It’s hard to believe a rematch could be bigger for South Dakota State than its 39-18 victory over Montana State in an FCS semifinal-round playoff game on Saturday, but, oh, it’s coming.

The top-seeded Jackrabbits (13-1) scored touchdowns on their first five possessions while avenging a loss to the fourth-seeded Bobcats in last season’s semifinals.

Coach John Stiegelmeier’s squad has an even bigger rematch ahead against rival North Dakota State, the defending FCS champion. They will meet on Jan. 8 in Frisco, Texas, in the second championship game between two teams from the same conference. The MVFC did it with NDSU and Illinois State in 2014 and is doing so again with a rematch of SDSU’s 23-21 win at the Fargodome on Oct. 15.

Following is a quick review of SDSU’s much-easier-than-expected win:

Game Ball – The Jackrabbits’ offensive line, which boasts All-Americans Garret Greenfield and Mason McCormick, opened holes for ball carriers and provided protection for Gronowski to locate receivers. The ‘Rabbits averaged 11 yards on 29 first-half plays, taking a 28-9 lead into the break.

Key Stats – Montana State entered the game as the FCS leader in rushing yards per game (331.8), but managed just 52 yards, including just 17 on 18 attempts in the all-important first half. Conversely, SDSU racked up 281 rushing yards on 7.4 yards per carry.

Up Next – In a long-anticipated national championship game, SDSU (13-1) will face No. 3 seed North Dakota State (12-2), which eliminated UIW 35-32 Friday night. The Jackrabbits, who seek their first FCS title in their second appearance in the championship game, have won the last three regular-season meetings, but they’ve 0-4 against the Bison in FCS playoff games.