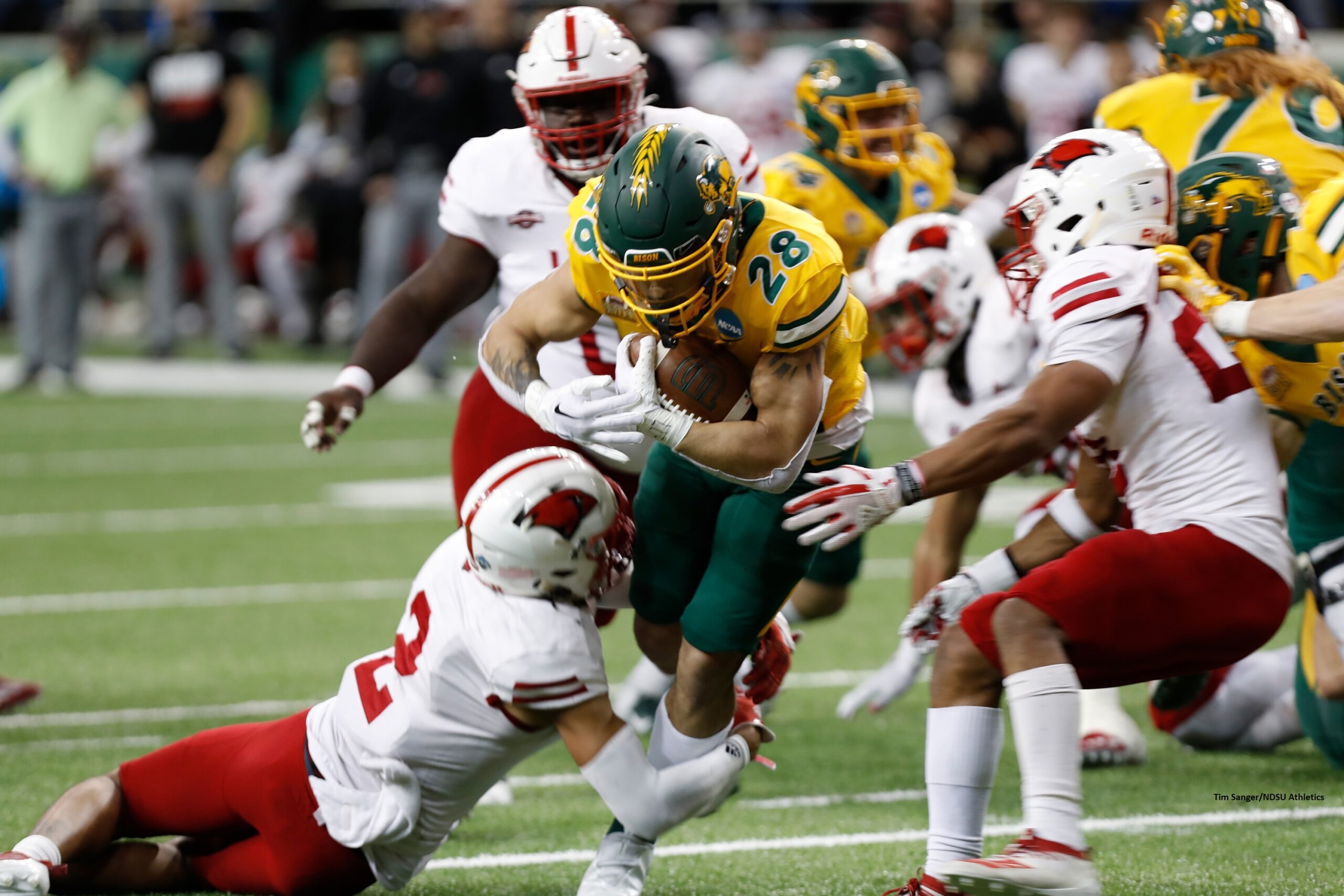 To say North Dakota State survived a scare from UIW in an FCS playoff semifinal Friday night was an understatement.

The reigning national champion Bison needed their biggest comeback win in over 14 years to defeat the Cardinals 35-32 inside the Fargodome.

Following is a quick review of the thrilling semifinal:

Quick Synopsis – Trailing 16-0 midway through the first quarter, NDSU rallied for their biggest comeback win since they overcame a 20-0 deficit to beat Southern Illinois 35-27 on Oct. 8, 2008. Running back Kobe Johnson’s third touchdown run with 8:11 left – from 31 yards out – was the game-winner, reversing a 32-27 deficit. The Bison’s dramatic win occurred on the six-year anniversary of their only FCS home playoff loss (they’re 34-1).

Game Ball – Safety Dawson Weber had two interceptions and a fumble recovery to go along with seven tackles and a pass breakup. His final takeaway was a pick off UIW star quarterback Lindsey Scott Jr. with 1:13 remaining to seal the win.

Key Stats – NDSU’s +4 turnover advantage negated UIW’s 539-333 advantage in yards and the highest point total against the Bison in their last 36 games. Johnson and quarterback Cam Miller combined to rush for 268 yards and four touchdowns as the Bison overcame a non-existent passing attack in the comeback. Scott, in fueling UIW’s deepest playoff run, accounted for 362 yards of total offense and three TDs in his final game, increasing his FCS single-season records to 60 TD passes and 71 total TDs.

Up Next – NDSU will face either No. 1 seed South Dakota State (12-1) or No. 4 seed Montana State (12-1) in the championship game. The Bison defeated Montana State 38-10 in the 2021 title game, but have lost the last three matchups with SDSU, their Missouri Valley Football Conference rival.