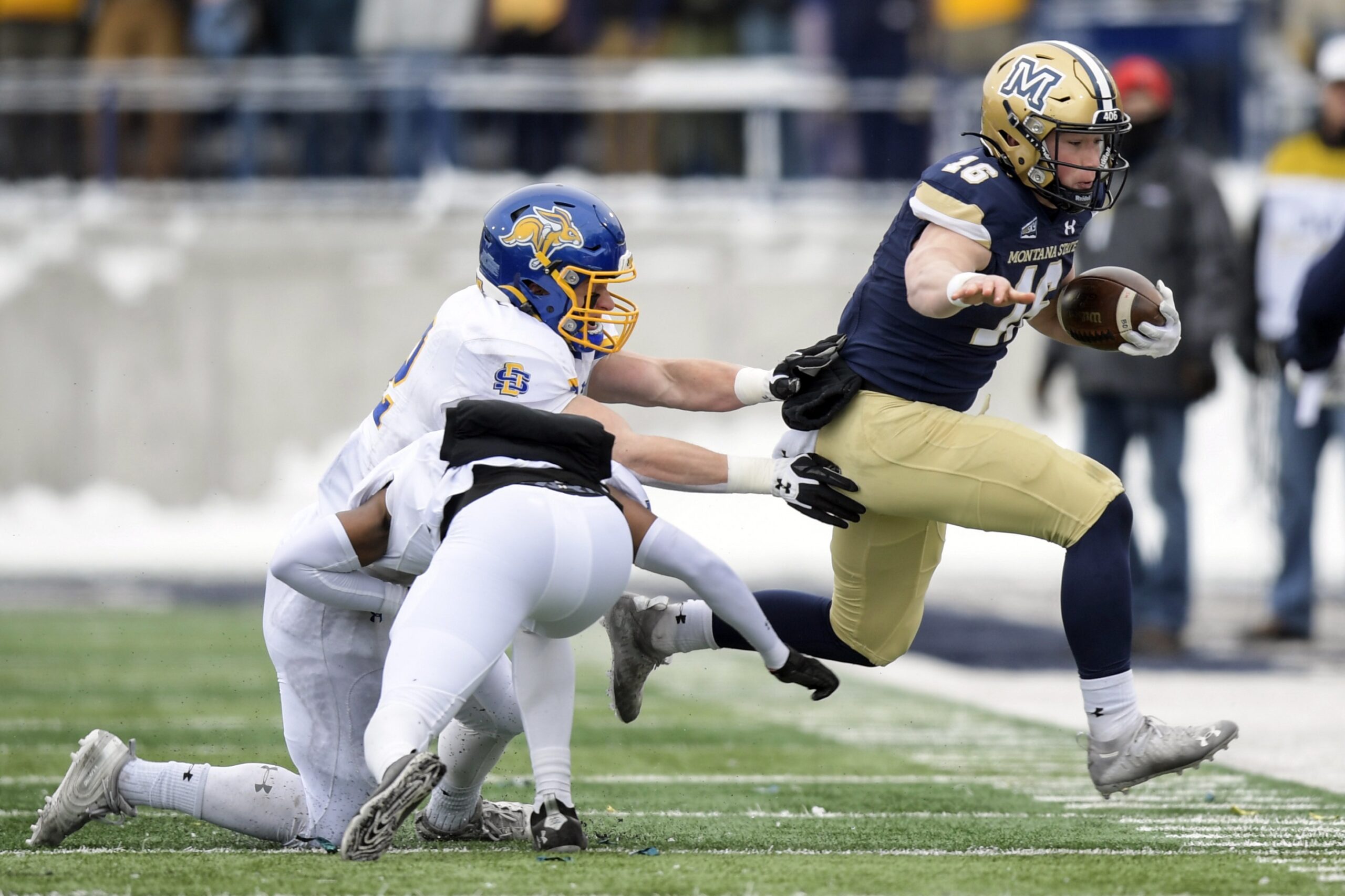 To say top-seeded South Dakota State and No. 4 Montana State have been on a collision course in the FCS playoffs is appropriate: It’s smash-mouth football at its best.

Heading into Saturday’s national semifinal at SDSU, Montana State has the No. 1-ranked rushing offense out of 130 FCS teams – 331.8 yards per game – and the host Jackrabbits are No. 1 against the run (85.2).

It’s also a rematch of a national semifinal last season, but the Bobcats were home in that matchup when they won 31-17.

Following is a capsule preview of the Montana State at South Dakota State semifinal:

Notable – The last two FCS runners-up – SDSU in spring 2021 and MSU last fall – have lost only to an FBS opponent this season. SDSU has advanced to the semifinals for a third straight season and the fifth time in the last six campaigns, and MSU is there for the third time in four seasons (it didn’t compete during the 2020-21 pandemic campaign). Ifanse has recovered from offseason knee surgery to give the Bobcats’ already dominating rushing attack a postseason lift, and he became their all-time rushing leader (3,714 yards) against William & Mary. The ‘Cats average an FCS-high 6.7 yards per carry, and it’s 7.9 over the last four games. When the offense goes to the air, it’s often to WR Willie Patterson (40 receptions, nine TDs). Glessner has been hot, making 13 of 14 field-goal attempts in the last five games. SDSU is surrendering an FCS-low 2.8 yards per carry, and the defense received a boost against Holy Cross with LB Adam Bock’s return from a foot injury. But the 261 rushing yards allowed in that quarterfinal were more than twice as many as the Jackrabbits had allowed previously (North Dakota State’s 127 had been the high). Gronowski leads a balanced offense, and while the ‘Rabbits think run first with Davis (he has 100+ rushing yards in seven of his 10 career playoff games), the receiving options are strong, including WRs twins Jaxon and Jadon Janke (combined 99 receptions for 1,418 yards and 13 TDs this season). SDSU has a +13 turnover margin and MSU is +12.