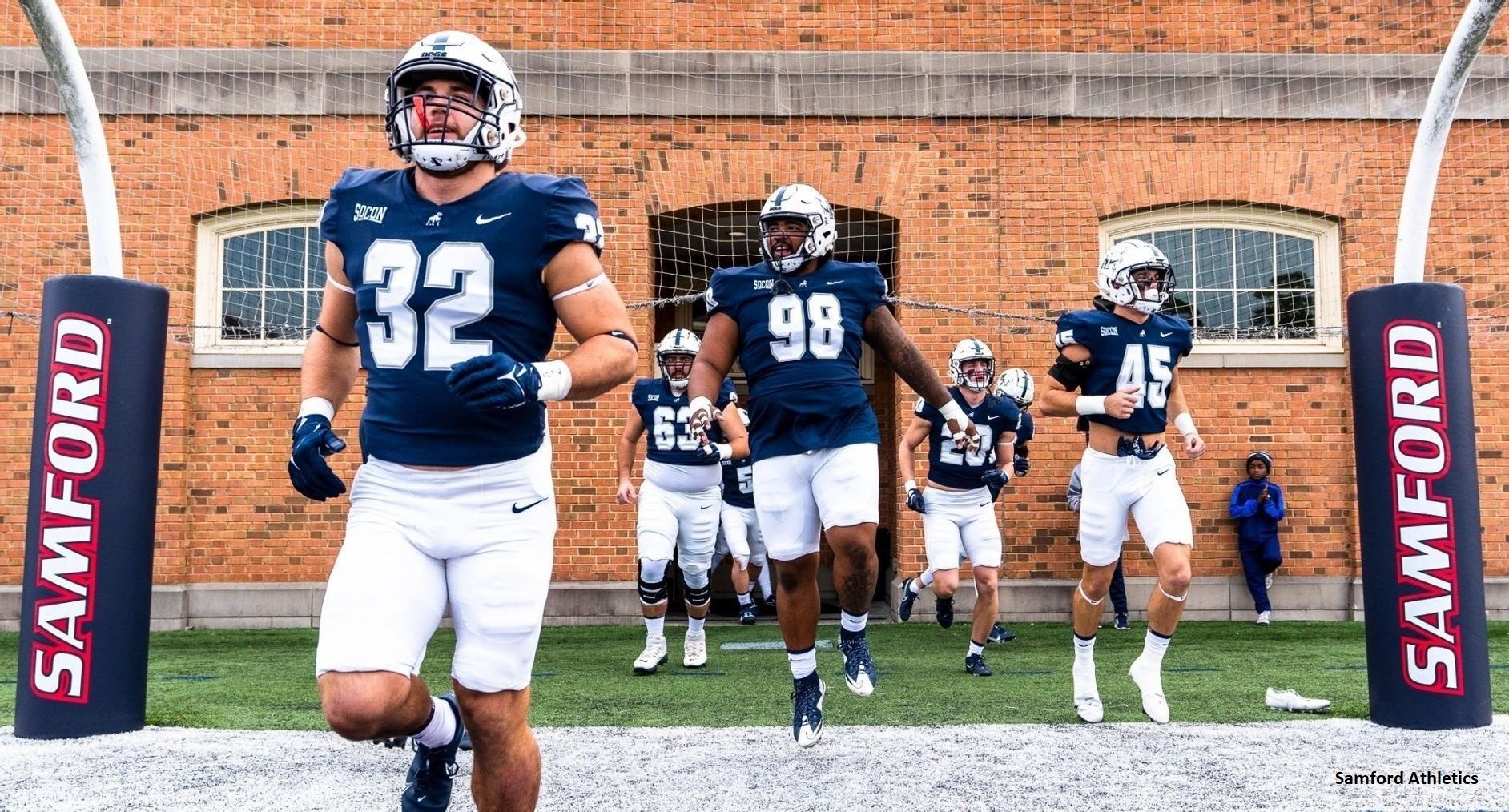 The seeded teams that come off first-round byes in the FCS playoffs tend to put the advantage to good use, and it was that way again on Saturday.

All eight seeded teams won their games, joining 2018 as the only second-round sweeps since the playoffs were expanded to 24 teams in 2013.

A handful of teams had their starting quarterback depart the game early by injury.

Following is a review of the second round, with the quarterfinals to be played Dec. 9-10:

Quick Synopsis – In overcoming slick, windy conditions, the Crusaders gained their footing in the second half to advance to the quarterfinals for the first time. Quarterback Matthew Sluka accounted for three touchdowns and Peter Oliver added two on the ground to help the Patriot League champion set a program record with its 12th win.

Game Ball – Sluka’s toughness was immeasurable as the Crusaders, who never trailed in the win, put it away after they only led 7-5 at halftime, but Oliver set career highs in carries (30) and rushing yards (175) and matched his career best by scoring their first two touchdowns.

Up Next – Holy Cross will play at No. 1 seed South Dakota State in a national quarterfinal on Dec. 10 (noon ET, ESPN). In the only previous meeting, the Crusaders were eliminated by the Jackrabbits 31-3 in the first round of the spring 2021 playoffs.

Key Stat – W&M scored 38 points off the turnovers and had exceptional offensive balance with 306 rushing yards and 302 passing yards.

Quick Synopsis – UIW quarterback Lindsey Scott Jr. finished with 518 yards of total offense, and his fifth touchdown pass with 1:54 remaining lifted the Cardinals from a 38-34 deficit.

Game Ball – Scott went 33 of 49 for 394 yards, although he threw a pick-six and nearly another one, and rushed for 124 yards. He set FCS single-season records for TDs responsible for (62, 55 on passes and seven on runs) and points responsible for (378).

Key Stats – UIW posted a 612-332 advantage in offensive yards. The Southland co-champ won despite committing an absurd 16 penalties for 160 yards.

Up Next – UIW will play in a national quarterfinal for the first time at No. 2 seed Sacramento State on Dec. 9 (10:30 p.m. ET, ESPN+). G.J. Kinne is coaching the Cardinals through the playoffs before leaving for his new position as Texas State’s coach.

Quick Synopsis – For the second time in three seasons, the top-seeded Jackrabbits held Delaware without a touchdown in a playoff matchup. The game was ended with just over a minute to play after Blue Hens quarterback Ryan O’Connor left on a stretcher following a hit to the head, but UD Athletics later reported he was responsive and moving all of his extremities.

Game Ball – Linebacker Saiveon Williams entered the game with 16 tackles this season, but he had 11, including eight solos, as part of another big performance by the FCS’ second-ranked defense. The Blue Hens, who lost starting signal caller Nolan Henderson to injury in the first quarter, managed only 192 yards on 66 plays.

Key Stats – Isaiah Davis rushed for 104 yards and two touchdowns, giving him a sixth 100+ performance in nine career playoff games. The Blue Hens went 6 of 18 on third-down conversions and were forced to punt seven times.

Up Next – The Jackrabbits, who are on a school-record 11 games winning streak, will host No. 8 seed Holy Cross in a national quarterfinal on Dec. 10 (noon ET, ESPN).

Quick Synopsis – In the first rematch of the 2022 playoffs, Montana State made it a season sweep of Weber State by rushing for 388 yards. Quarterback Tommy Mellott led the way with 21 carries for 167 yards.

Key Stats – The Bobcats ran 22 more offensive plays, 75 to Weber State’s 53. They scored on their first seven possessions– three touchdowns and the four field goals – and all but one of the drives lasted from eight to 14 plays.

Up Next – Montana State next hosts No. 5 seed William & Mary in a national quarterfinal on Dec. 9 (10:15 p.m. ET, ESPN2). The Bobcats seek to build on their program-record 19-game home winning streak.

Quick Synopsis – Samford freshman quarterback Quincy Crittendon completed a big performance in relief of injured starter Michael Hiers by rushing 10 yards for the winning touchdown in overtime. The game was tied 42-42 through regulation.

Game Ball – Entering early in the first quarter of just his fourth game, Crittendon had 408 yards of total offense, going 26 of 40 and throwing for four touchdowns.

Key Stat – In a fairly even game with only offensive touchdowns and extra points, Samford was 5-for-5 on red zone chances, while SLU was only 5-for-8. On the Lions’ possession in OT, Samford linebacker Brayden Devault-Smith knocked the ball out of quarterback Cephus Johnson III’s hands and it hit the pylon to turn the ball over on downs.

Quick Synopsis – After Montana pulled within 21-20 early in the third quarter, North Dakota State ran off 28 unanswered points to advance to the national quarterfinals for a 13th straight season.

Game Ball – Bison running back Kobe Johnson needed only 12 carries to rush for a career-high 206 yards. He scored on 75- and 73-yard runs.

Key Stats – With playoff losses as the No. 4 seed in 2019 and last year looming over the Hornets, they showed fortitude by overcoming their biggest deficit of the season – down 21-7 midway through the second quarter. Five of their last six wins are by seven or fewer points.