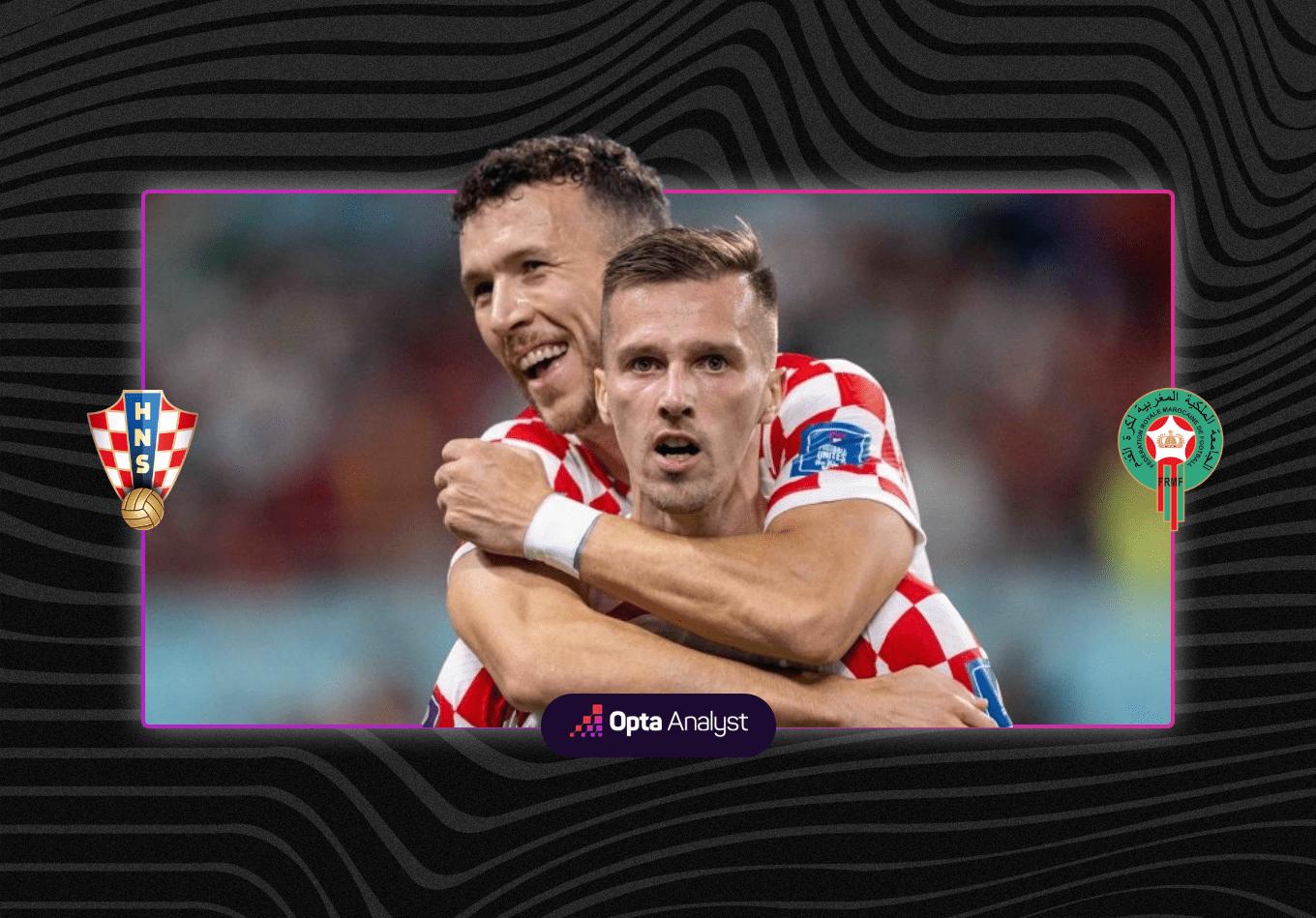 All the way back on the fourth day of this tournament, Croatia and Morocco served up the tournament’s second goalless draw – an uninspiring point for the 2018 finalists and what ended up being the first of seven for Morocco on their way to winning a group containing two of 2018’s semi-finalists. It was very much an opening match in Group F neither team wanted to lose. In their curtain call, there was less on the line in part because plenty had already been accomplished by the teams emerging from both sides of the tunnel. The goals followed quickly with Saturday’s third-place match claiming distinction as the earliest both sides have scored in a game at this year’s World Cup.

The Croatian goal came first on a finely executed set piece into the box for Ivan Perišić, whose directed header into a dangerous position found Josko Gvardiol for the finish on a diving header in the seventh minute. Gvardiol became the youngest player to score for Croatia at the World Cup (20 years, 328 days old), breaking a record that was about as old with the previous youngest being Ivica Olić from 2002 against Italy (22y 267d). It was the 11th goal involvement for Perišić in 17 World Cup matches, and only Lionel Messi has surpassed that since the start of the 2014 edition with 16.

Less than two minutes later, it was Morocco’s turn from a set piece on the right side. Hakim Ziyech’s left foot put it into the box, and Achraf Dari’s head put it in the back of the net after it was redirected by a Croatian defender.

Croatia’s second followed in the final minutes of the first half with Mislav Oršić putting a shot off the far post and in on an assist from Marko Livaja after a Croatia regain at the top of the box.

The second half didn’t give us a goal, but it gave us the final reminders of what got each of these perhaps unlikely teams to the World Cup semi-finals. For Morocco, it was Ziyech and Achraf Hakimi linking up on the right side with 19 Hakimi passes finding Ziyech and 17 of Ziyech’s finding Hakimi. Both of those totals were more than any other combination on either team. Hakimi’s 27 tackles at the tournament is the most by a player in a single edition since Javier Mascherano’s 30 in 2014, and the 18 of those he won are tied with Croatia’s Mateo Kovačić for the tournament high.

As a team, Morocco were the first African side to advance beyond the quarter-finals in any World Cup, and from there they met the 2018 winners and runners up. So along with their group-stage matches against Croatia and Belgium, four of their seven matches came against teams to reach the semis four years ago. Their other three were against Spain, Portugal and Canada, so the average world ranking of their opponents was 12.4. Theirs? 22nd. That will change.

Croatia have now completed six World Cup appearances since their first in 1998. They’ve played the maximum seven matches in half of them with two third-place finishes and a second. Their 30 games played since 1998 match the Netherlands and Spain for sixth in that time, despite not qualifying for the 2010 event. That feels like the start of something for a nation of relative footballing youth, but for it to continue, it’ll have to outlive the international career of the man the last two tournament runs centered around. Luka Modrić played the full 90 minutes with his 19th World Cup match almost certainly being his last. Modrić and Perišić have started all 17 of Croatia’s games at the World Cup across the last three tournaments with only Messi having made as many starts at the World Cup in that time.

The 37-year-old Modrić’s impact isn’t always measured at the end of his team’s moves. His two goals and one assist have been mixed in among 1,515 touches. Since the start of the 2018 tournament, no player of any nationality has had more touches (1,272), more successful passes ending in the opposition half (564) or in the final third (244). No one seems likely to argue their value as we wave goodbye to one of football’s finest practitioners on the World Cup stage.