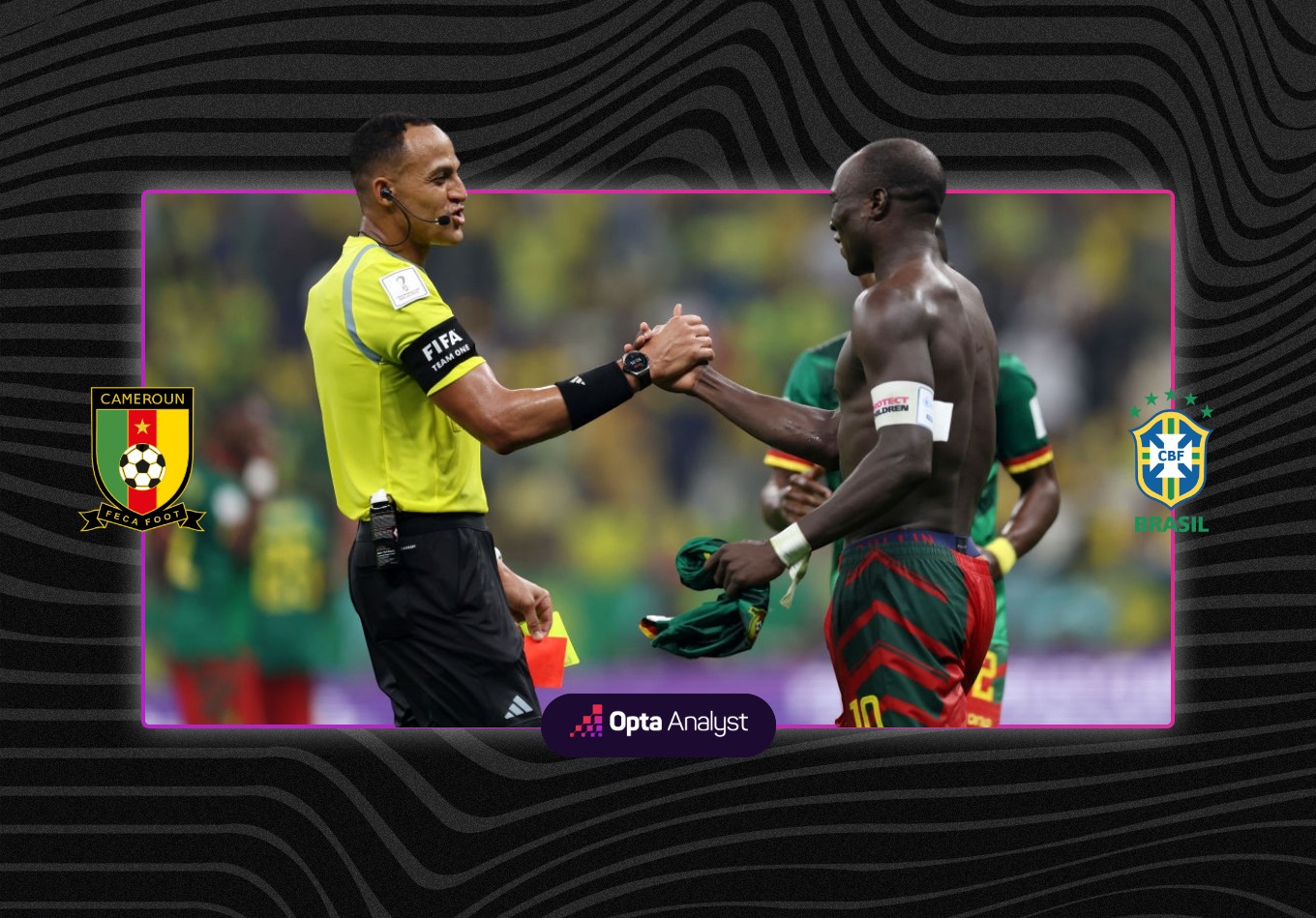 It’ll take some serious rules changes to answer the hypothetical question that’s raised just about every four years of how a second Brazil squad would fare at the World Cup, so this may be as close as we get. The result won’t have any Brazilians pushing FIFA for anything drastic.

Brazil made nine changes to their starting XI for this match, their most between games at a single World Cup since 1966 against Portugal. It was a fresh front line of Gabriel Martinelli, Gabriel Jesus and Antony, and the Seleção attack eased into things as they tend to do. Brazil have gone five straight World Cup matches without a first-half goal and have only scored two in their last 10. The scoring tends to happen after emerging from the tunnel a second time, but that didn’t happen on Friday, at least in part because there wasn’t much motivation, having already advanced with a minimal chance of falling to second. The game ended as just their fifth match without scoring in 32 since the start of the 2002 tournament.

Tite’s side didn’t allow a Cameroon shot until three minutes into first-half stoppage time, which forced a save from Ederson – the first required by a Brazilian goalkeeper in the tournament after going their first two matches without allowing a shot on target. Brazil’s first-half xG against didn’t suffer all that much and stands at 0.21 for the lowest mark of the group stage, narrowly ahead of Spain (0.22).

A draw was always going to be enough for Brazil to finish top of Group G, but just before the hour mark, it became clear they couldn’t help themselves and started testing Cameroon keeper Devis Epassy, who was up to seven saves in an hour.

The goal never arrived for Brazil, but one did for Vincent Aboubakar, along with a second yellow for excessive celebration. Cameroon can celebrate the goal and can be proud of handing Brazil their first loss since June 2021 in the Copa America final against Argentina, as well as being the first team to defeat Brazil in a World Cup group stage since 1998. But the Indomitable Lions were unable to make it a CAF-best three teams through to the last 16 after Asia did earlier in the day in dramatic fashion with South Korea moving through.

Now the knockout tournament begins for the team that’s been Opta’s tournament favourite since early autumn, and it starts with those Group H runners-up South Korea. Brazil’s last – and only – round of 16 defeat came back in 1990 to Argentina, so South Korea will be up against history, as well as a rested Brazil team that hasn’t conceded more than 0.87 xG in their last eight World Cup matches.

Matchday 3 was an absolute storm. It gathered strength with the Group B drama of the United States holding on against Iran, and from there it only got better with the Group C chase involving Mexico and Poland. It went to new levels with the Group of Death being won by Japan and Germany going home (and let’s not forget those two minutes when it looked like Spain might as well), and the excitement of that nearly made us forget about Morocco winning Group F at Belgium’s expense. It carried into the first matches of Friday with Uruguay’s Mexico-like desperate chase for a goal but coming up short.

Cameroon’s exit against Brazil’s second team was a relative calm. There’s surely another storm coming, but Matchday 3, you will be remembered.