Cover 3: A Look Inside the Week 13 Matchups With the Biggest Playoff Implications | The Analyst 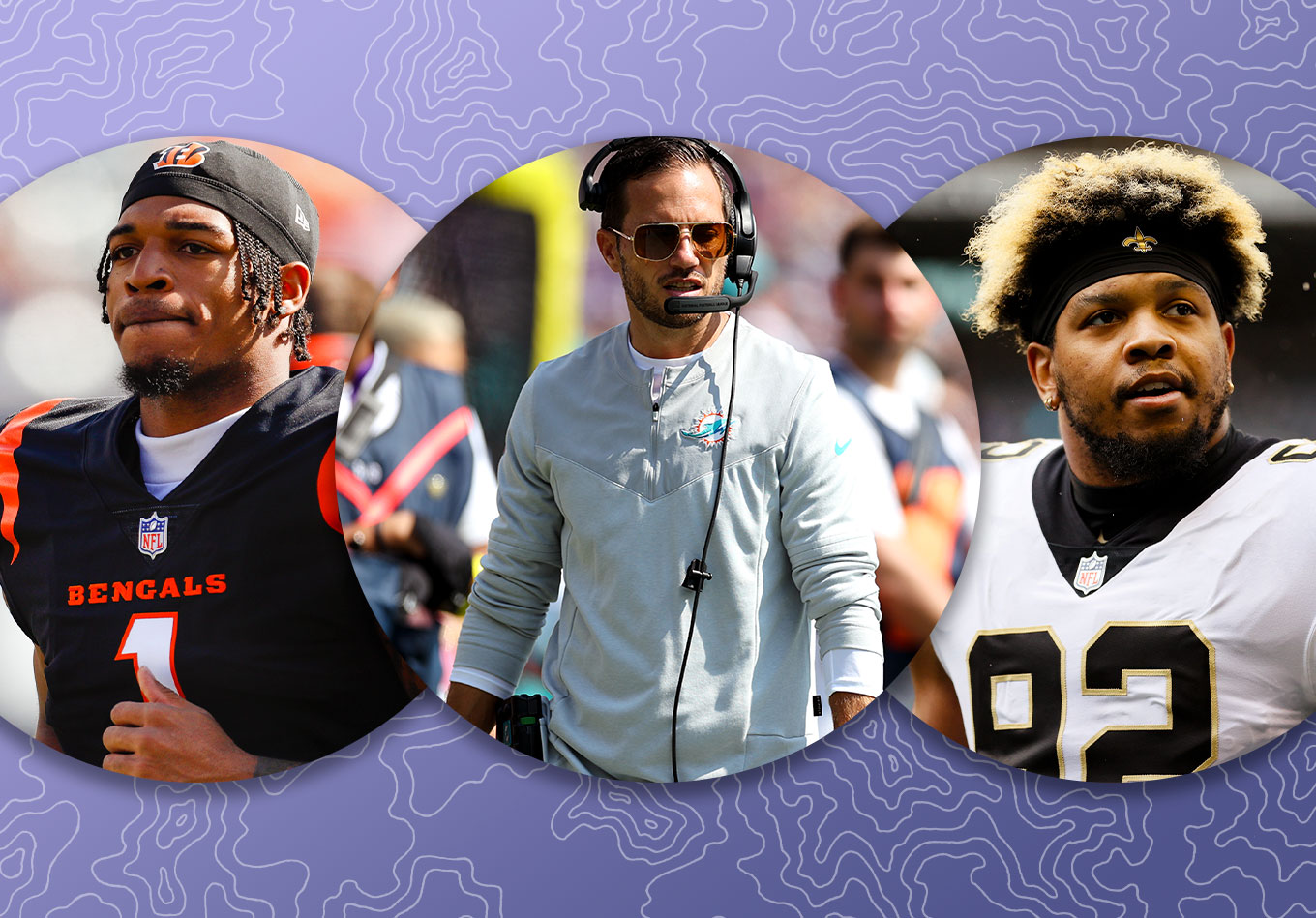 This is the kind of week you dream of as an NFL fan.

Week 13 is set to serve up a plethora of compelling matchups that will have big implications on how the playoff picture takes shape.

The NFC favorite Philadelphia Eagles face a real test of their credentials as they take on the Tennessee Titans.

Last season’s AFC Super Bowl representative, the Cincinnati Bengals, host the Kansas City Chiefs in a rematch of the AFC championship game they stunningly won in Kansas City. And there’s a highly anticipated reunion of former colleagues at Levi’s Stadium, where the San Francisco 49ers welcome the Miami Dolphins.

Not all of those aforementioned games are seen as the best by SmartRatings, which is an AI-based platform that provides excitement ratings for sporting events, teams and players. The excitement scale, ranging from 0-100, is powered by complex algorithms that are predicated upon six primary variables: pace, parity, novelty, momentum, context and social buzz.

We’re looking at three games from the top five with the most significant playoff implications and breaking down the battles that could decide them.

The Buccaneers suffered a massive blow when right tackle Tristan Wirfs sustained a high ankle sprain in a loss to the Cleveland Browns last week.

Wirfs is expected to be out three to four weeks, meaning he will miss a critical stretch as the Bucs seek to win an extremely underwhelming NFC South.

That stretch starts with a rivalry game on Monday Night Football, with New Orleans still only a game back of Tampa Bay in the win column.

New Orleans’ defense has not been the force of years past, but the return of Cameron Jordan and Marcus Davenport sparked the unit in a strong performance against the 49ers in Week 12.

When he has been healthy, Davenport has been extremely impressive. He has a pass-rush win rate of 49.0% and a 66.7% win rate on run defense. His aggregate of 48.03% ranks fourth among edge rushers with at least 80 plays.

Now he gets to go against Wirfs’ backup in the form of Josh Wells.

If Wells cannot find a way to slow him down, Tom Brady and the Bucs may struggle to move the ball on offense and give hope to a Saints attack needing life after being blanked by San Francisco.

McDaniel has spent much of his coaching career at the hip of Shanahan, following him to almost all of his NFL stops, including San Francisco, where he was run-game coordinator and then offensive coordinator last season before departing for Miami.

Yet McDaniel, who has turned the Dolphins’ offense into one of the most explosive in the NFL and the most efficient in the league by yards per play, will not be focusing on outcoaching his former boss, but instead outwitting San Francisco’s defensive coordinator DeMeco Ryans.

Ryans will likely become a head coach in the coming offseason after overseeing another dominant season from the 49ers defense. His defense has allowed the fewest plays of 10 or more yards (106) in the NFL and is also the top unit by yards per play allowed (4.69) and success rate (34.5%).

The Miami offense leads the league in big plays of at least 10 yards with 174 and has a receiver in Tyreek Hill who has an open percentage of 68.2 against man coverage that trails only Stefon Diggs (68.57) as of Week 12.

The 49ers will hope to use the edge they have up front against a banged-up Miami offensive line to their advantage and boast the edge rusher with the highest aggregate win rate (52.4%) across pass rush and run defense for his position in the league in Nick Bosa.

It is a true strength-on-strength matchup, and the clash between McDaniel’s varied and high-powered attack against Ryans’ versatile and ferocious defense should be fascinating to watch.

The Cincinnati passing game had its hot streak tempered a little by Tennessee in the Bengals’ narrow win last week, but a meeting with the Chiefs represents a favorable matchup for Zac Taylor’s offense.

Cincinnati’s offense has averaged 293.3 net passing yards per game in the NFL since Week 6 – third in the NFL over that span – and has done much of that damage without top wide receiver Ja’Marr Chase.

Chase, who is due to return from a hip injury on Sunday, has recorded three 100-yard games in his first seven appearances this season. He gets the opportunity to add to that against a Kansas City defense that ranks 21st in open-allowed percentage to opposing receivers.

That suggests he should have no difficulty returning to top form right off the bat in this conference title game rematch against a defense that is the ninth worst in the NFL by success rate against the pass.

Though the Bengals had joy shackling Patrick Mahomes and Co. in the second half of that championship game, it is more likely the duel between him and Joe Burrow quickly becomes a shootout.

How successful Chase is in taking advantage of a very vulnerable Chiefs secondary may dictate whether the Bengals can keep up and pull off the upset once more.