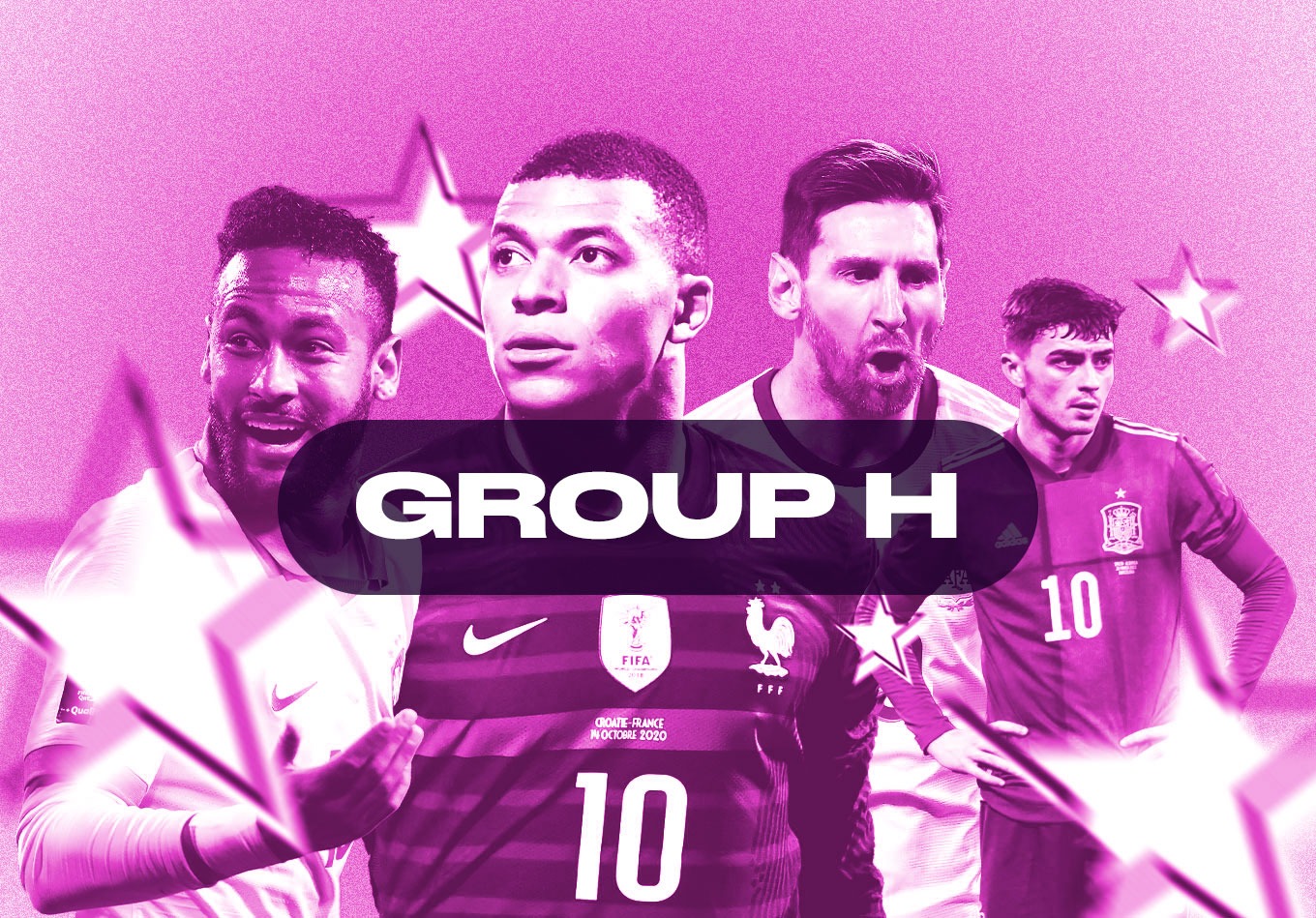 If you were designing a group to contain “pure World Cup energy” then it’s very likely you’d end up with something like Group H, which has a delightful selection of a South American giant, a historic African side, a European heavyweight and arguably Asia’s biggest team. That said, the Opta win predictor model sees this group as pretty cut-and-dried, something that I do not necessarily agree with (see below).

The big favourites in the supercomputer’s eyes are Portugal, with the Iberians given an 82.6% chance of getting out of the group and 55.7% of winning it. Ok, the squad contains Cristiano Ronaldo, along with a host of other top Premier League performers such as Bernardo Silva, João Cancelo and Bernardo Silva. Portugal can also point to the fact that they are one of only five European nations to appear at every World Cup from 2002 onwards.

They certainly have the pedigree, but do they have the form? The absence of the hard-working Diogo Jota is a blow, as is the fact that Ronaldo – who has still never scored in a World Cup knockout game – is now looking his age for the first time. Will manager Fernando Santos use him as an impact sub or try and construct an attack that can alleviate his lack of mobility?

One team that won’t lack mobility up front in Group H are Uruguay who have the supercharged Darwin Núñez as a sort of drama-seeking pylon in their squad. He’s supported by veteran know-how, with Luis Suárez scoring eight goals in qualifying and surely relishing his rematch with Ghana in the final group game. Uruguay tend to start slow and come good in World Cups but with Portugal in their second game they’ll be keen to get off on the front foot. As two-time former winners, Uruguay are dripping with heritage and history and the supercomputer thus makes them strong second favourites in this group.

South Korea are waiting to see how their icon and star Son Heung-min recovers from the eye injury he suffered recently in the Champions League. Without him this group looks prohibitively tough, especially when you consider that 50% of the nation’s all-time wins came when they were co-hosts back in 2002. Of the 22 nations to have played 30 or more matches at the World Cup, Korea Republic have the lowest win ratio (18%), having won just six of their 34 games across 10 editions. The supercomputer rates them as only a 8.2% chance to make the Last 16.

Completing Group H are Ghana, who came so close to reaching the semi-finals in 2010 before Uruguay denied them via Luis Suarez’s hand. They have decent pedigree, having made it through the group stage in three of their four previous appearances and in deep-data World Cups (1966 to present), Ghana average more shots per World Cup game than any other side (19). With Portugal in their first game, Ghana know that a good start there could propel them to the second round once again. The supercomputer rates it as only a 7.2% chance but I don’t necessarily agree.

One of the difficult factors when completing the Opta Million is knowing that there is going to be a big shock somewhere. Who had Germany to finish bottom of their group at the 2018 World Cup?

My hunch is that Portugal are going to be the equivalent side in 2022, with Ronaldo’s final (surely) World Cup ending with a third place finish behind Uruguay and Ghana, who can finally share in success together as they progress to the second round.