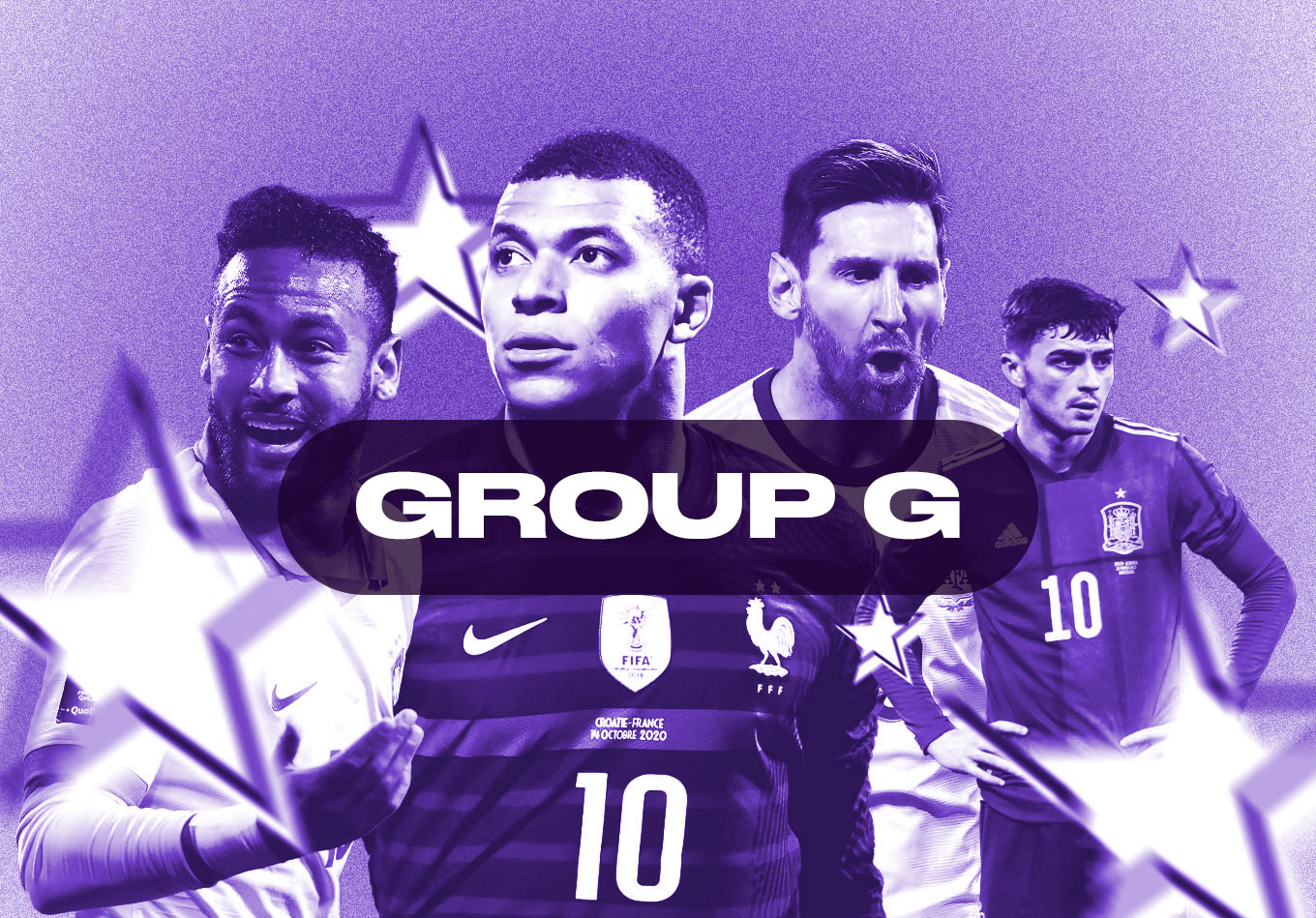 One glittering name leaps out like a footballing salmon from Group G and it’s Brazil, World Cup favourites and the only nation to have won the trophy five times. It’s 20 years since they did so, though, and the eagerness to add a sixth crown has reached a crescendo in what many would regard as the home of football.

Brazil are the only nation to take part in every single edition of World Cup and they have finished top of their group in the first round in every World Cup since 1982. The last time Brazil failed to get out of their group was when were they suffered brutal anti-football treatment back in 1966. The game has thankfully moved on since those days of anything-goes and our supercomputer gives Brazil a monstrous 88.5% chance of getting to the Last 16 and 67.6% of finishing top of their group.

Do you fancy the Brazilians to win the whole thing (you should)? Then there’s currently a 16.3% chance of Neymar, Vinícius Júnior and seemingly half of the Premier League lifting that famous trophy on December 18.

The rest of Group G looks like a very close-run thing. If all three teams lose to Brazil then it’s essentially a two game play off to reach the second round, and that could play into the hands of Serbia who boast the battering ram that is Aleksandar Mitrovic up front, a man having a great Premier League campaign and the scorer of his nation’s most recent goal at a World Cup tournament, back in 2018. Serbia have never qualified from the group stage in three World Cup appearances as an independent nation but are managed by Yugoslavia-era legend Dragan Stojkovic, who contributed classily to both the 1990 and 1998 World Cups. Our supercomputer makes Serbia a 42.8% chance of reaching the second round, which is decent but only good enough to make them third favourites in Group G.

Switzerland, then, are a narrowly leading 48.9% chance to get through Group G alongside the Brazilians. Once upon a time the Swiss were involved in the most goal-laden game in World Cup history – a 7-5 quarter-final defeat to Austria on home soil in 1954 – but recently they have made defending stoutly their KPI, famously conceding zero goals in the 2006 World Cup, eventually exiting to Ukraine on penalties. You won’t have seen this coming but Switzerland are part of a group of only three European teams – along with Belgium and France– to have reached the knockout stages in each of the last four major international tournaments. Theoretically they understand how to sneak out of groups and the supercomputer knows it too.

The group is completed by Cameroon, stars of the 1990 World Cup and now in their eighth edition, more than any African nation. Fans of a certain age will have loving memories of Roger Milla et al, but the current side have goals in them too, their 14 at the 2021 African Cup of Nations earlier this year was five more than any other side. They can also boast in-form but unlikely Champions League star Eric Maxim Choupo-Moting too. Even so, our win predictor model still gives the Indomitable Lions only a 19.8% chance of getting through Group G but that still makes it one of the more even groups at the 2022 World Cup, the Brazilians aside.

It would take a brave man to go against Brazil and I’m not a brave man. Tite’s star-studded squad will cruise through this group with three wins from three, engaged in an early intra-squad battle to take the lead in the Golden Boot race.

I’m backing Serbia to bounce back from defeat to Brazil in their opening game to win their other two group games and secure second place. Cameroon will secure third thanks to a win against the Swiss and, contrary to recent tournament performances, Switzerland will finish rock bottom of the group.