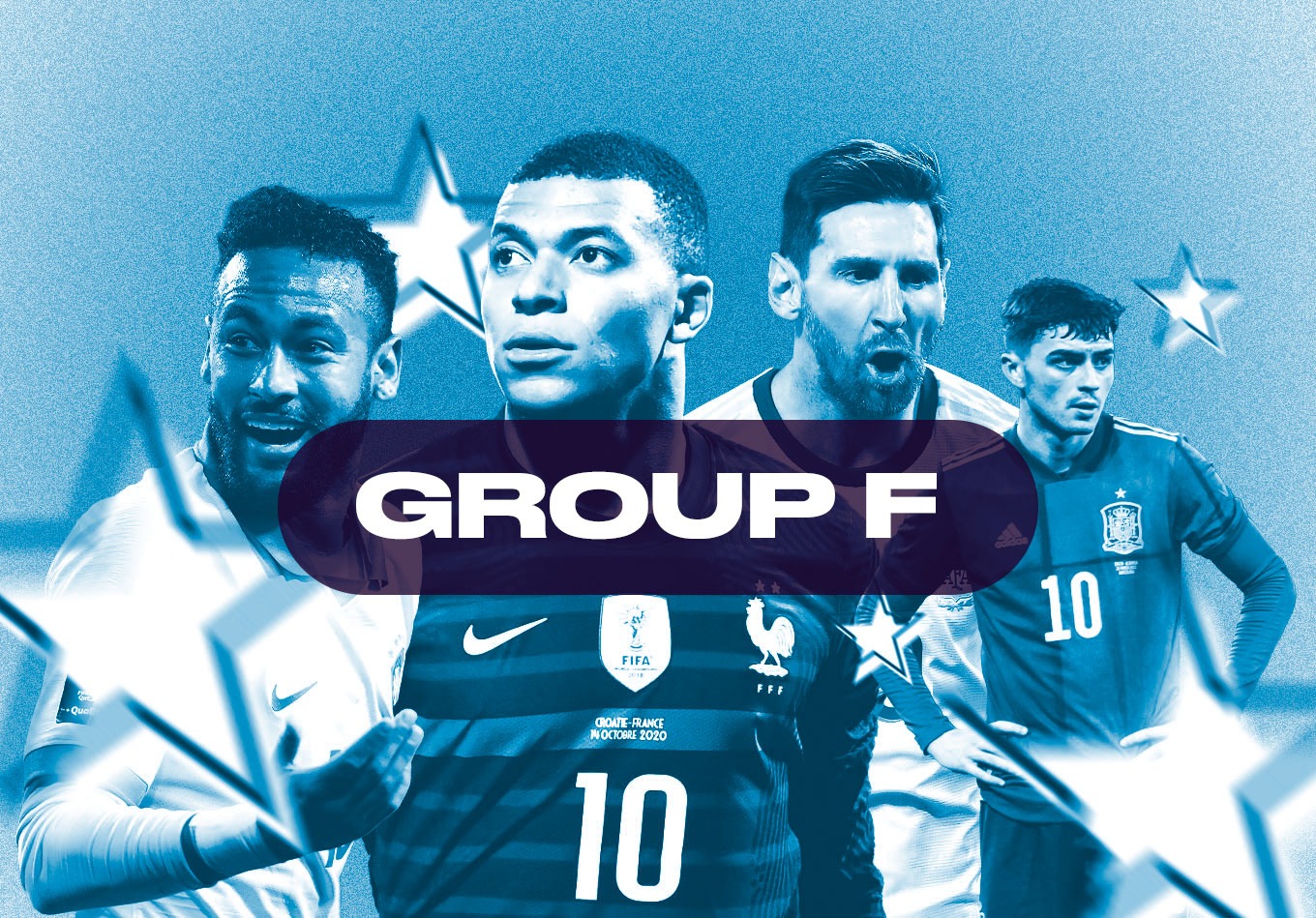 Belgium’s ‘golden generation’ have done a good job of establishing Belgium as a threat at recent World Cups – they are one of three teams to reach the quarter-finals at the past two tournaments.

But after years atop the FIFA World Rankings, Belgium are no longer there, with many of their best players from that generation arguably on the decline.

That said, they are still the clear favourites to top Group F, with the predictor giving them a 55.1% chance of doing just that. Progression to the last 16 seems assured too, with the Red Devils given a 82% shot of qualifying for the knockout stages.

Their hopes will likely fall on Kevin De Bruyne and Romelu Lukaku. De Bruyne has been at his creative best for Manchester City this season – only Lionel Messi (10) has more league assists than De Bruyne’s nine so far in the Premier League. And Romelu Lukaku, who’s domestic career has stagnated somewhat in recent years with his unsuccessful move to Chelsea and recent injury problems at Inter, has fantastic pedigree on the international stage. His 11 major-tournament goals since 2014 is bettered by only Cristiano Ronaldo (13) among European players.

Beaten finalists last time, Croatia will expect to challenge Belgium for top spot. The predictor gives them a 27.4% chance of finishing first. More likely is that end they as runners-up, with their 35.6% probability of coming second the highest predicted outcome for Zlatko Dalić’s side.

Such was Luka Modric’s influence on Croatia’s campaign in Russia in 2018, where he won the Golden Ball award, that he won the Ballon d’Or later that year. Despite being 37, he will once again be key to their fluency in midfield. Unsurprisingly, the diminutive midfielder has made more appearances at major international tournaments than any other Croatian player (25), while no player has ever played in both the FIFA World Cup and European Championship in three different decades, something that Modric could achieve in Qatar.

Qatar holds painful memories for Morocco. The last time they played there, they were eliminated from the Arab Cup at the quarter-final stage on penalties by Algeria.  Led by Hakim Ziyech, who is back in the fold, they will get the chance to put those memories to rest. It’ll be a tough ask though, with Morocco given just a 29.3% chance of progression through the group.

Similarly unpredictable will be Canada. Appearing at the World Cup for the first time since 1986, it’s difficult to predict how the Canucks will adapt to their situation, and the model is not confident in their chances, given them just a 25.7% chance of progressing. Yet, they impressed as they won the third section of CONCACAF qualifying, scoring more (23) and conceding fewer (seven) than anyone else.

Belgium should be able to take care of themselves here. Their recent record in group stages is exceptional, winning each of their last seven such matches in the competition, with only Brazil ever winning eight consecutive World Cup group games (twice, from 1986-1994 and 2002-2010). I expect them to progress top.

From there, though, it’s anyone’s game. I’m backing the unknown quantity in Canada to upset the odds here and finish in second. They’ve got nothing to lose, and their youthful energy could surprise.

Croatia will finish third in a disappointing campaign as Modric bows out, while Morocco lack the star quality to trouble.