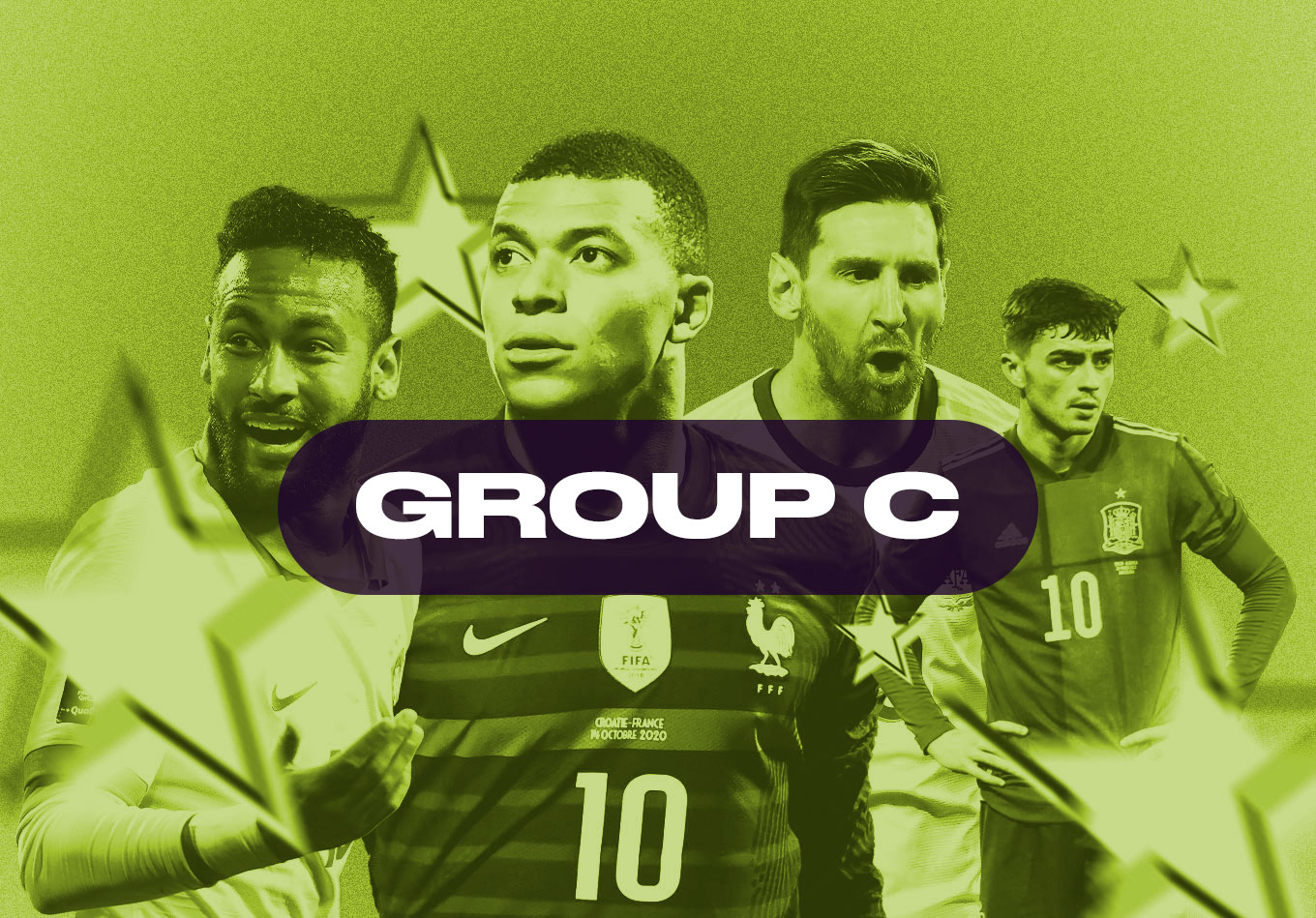 It begins on 22 November for Lionel Messi, Lionel Scaloni and millions of Argentines back home wearing white and sky blue. But it also begins for Poland, Mexico and Saudi Arabia. Most of the footballing world believes Argentina will progress through Group C, but who will join them?

Argentina have rocketed up the supercomputer’s predictions since we released the first numbers in June. At that time, they were eighth favourites with just over a 6% chance of winning the tournament. Now, they’re second at 13.1% behind CONMEBOL neighbours Brazil.

To be honest, they haven’t given the supercomputer much of a choice. Argentina won the Copa America last year on Brazil’s home turf, and that accounts for just a handful of the matches on an unbeaten run that’s now reached 35. If things go as planned in Group C, they’ll break Italy’s international record before the knockout stages.

With that kind of confidence from the model, the only variable that could really hurt their chances of advancing first from their group would have been being drawn into a Group of Death. That, Group C is not, and as a result Argentina have the highest likelihood of finishing atop their group of all 32 qualified teams at 69.3%. They’re also the only team in the tournament with over a 90% chance to progress.

Second place is where things get interesting. There’s a 21.0% chance of Argentina finishing second, and if that happens, Opta Million brackets will be busted far and wide, and a World Cup final-calibre match may be coming our way in the last 16. If Argentina don’t win Group A, we’re looking at a 2018 round of 16 rematch between La Albiceleste and France. It’s a match we neutrals would love to see, but do we want it that early? Only if you’re Denmark – the predictor’s most likely opponents for the winners of Group C (72% chance of qualifying from Group D, behind France at 87.9%).

It’s not all about the Lionels and Argentina, though. Second place in Group C is one of the legit pre-tournament mysteries. In all of our simulations, Mexico came through with an average of 3.92 points. Poland came through with 4.04.

That amounts to a 49.28% chance for Poland to get to the last 16 and 47.12% for Mexico. There’s no other group where second- and third-place teams are so close.

But are you going to trust a couple of percentage points, or are you going to trust history? Mexico are group-stage veterans. El Tri have advanced to the last 16 in seven straight World Cups. And that’s where it ended each time. Reach the round of 16. Lose in the round of 16. Some of us aren’t old enough to recall them doing anything else. That’s 1994 through 2018. They were banned in 1990 – which now seems rather harsh if you want more reading after you get through this – but they also reached the quarter-finals as hosts in 1986. So that’s eight straight World Cups they’ve qualified for in which they’ve reached the knockout stage.

It’s just that they didn’t exactly dazzle through CONCACAF qualifiers this time around, did they? They scored 13 non-penalty goals in their 14 qualifiers, which was four fewer than a Panama side that didn’t qualify or even reach a playoff. You can take it as a positive or a negative that those 13 Mexico non-penalty goals came from a non-penalty expected goals total of 18.56.

Those are numbers Poland have to find promising, and they have to find promise in them immediately because these two meet in the first match of group play in what figures to be one of the most crucial group-stage matches in the whole tournament. From there, Poland have Saudi Arabia and a finale against Argentina. So, get your 4-6 points early on, Robert Lewandowski & Co.

That doesn’t leave much pre-tournament hope from the supercomputer for Saudi Arabia. At 13.38%, only Costa Rica have a lower chance of reaching the knockout stages. They’re entering their last friendlies – starting today – unbeaten in their last four matches, but they’ve scored twice in those 360 minutes. In fact, they’ve failed to score more than once in all of their last 15 matches over the last 364 days. The supercomputer wants goals. Saudi Arabia don’t have them.

El Tri will be the only CONCACAF side to reach the knockout stages at the Qatar World Cup, and both of those streaks will continue. In the most deserved fashion with Mexico topping the group:

So what was the purpose of all that talk about not scoring in qualifying? You can worry about the numbers, or you can discount the numbers entirely and trust that Mexico don’t care about the numbers and show up when they need to. See: 1-0 vs. Germany in the 2018 group stage. They scored on the counter in that match and could have scored more. See: 0-0 vs. hosts Brazil in the 2014 group stage. See: 2-0 vs. France in the 2010 group stage. They’re a consistently underrated defensive side. They aren’t intimidated by anyone. But they can play down to their competition to make things interesting.

I said above Mexico-Poland on 22 November is one of the most important group-stage games and it is, but you might not need to watch it because I think it has the makings of a conservative match and a goalless finish as both teams try not to play themselves out of the tournament. Then on 26 November, Mexico make their mark with a 2-1 win over the group favourites.

As for Argentina, it’s going to be round of 16 madness against France. No matter what history says, the rules don’t say you have to win your group to win the tournament.