World Cup 2022: Group B Preview and Predictions | The Analyst 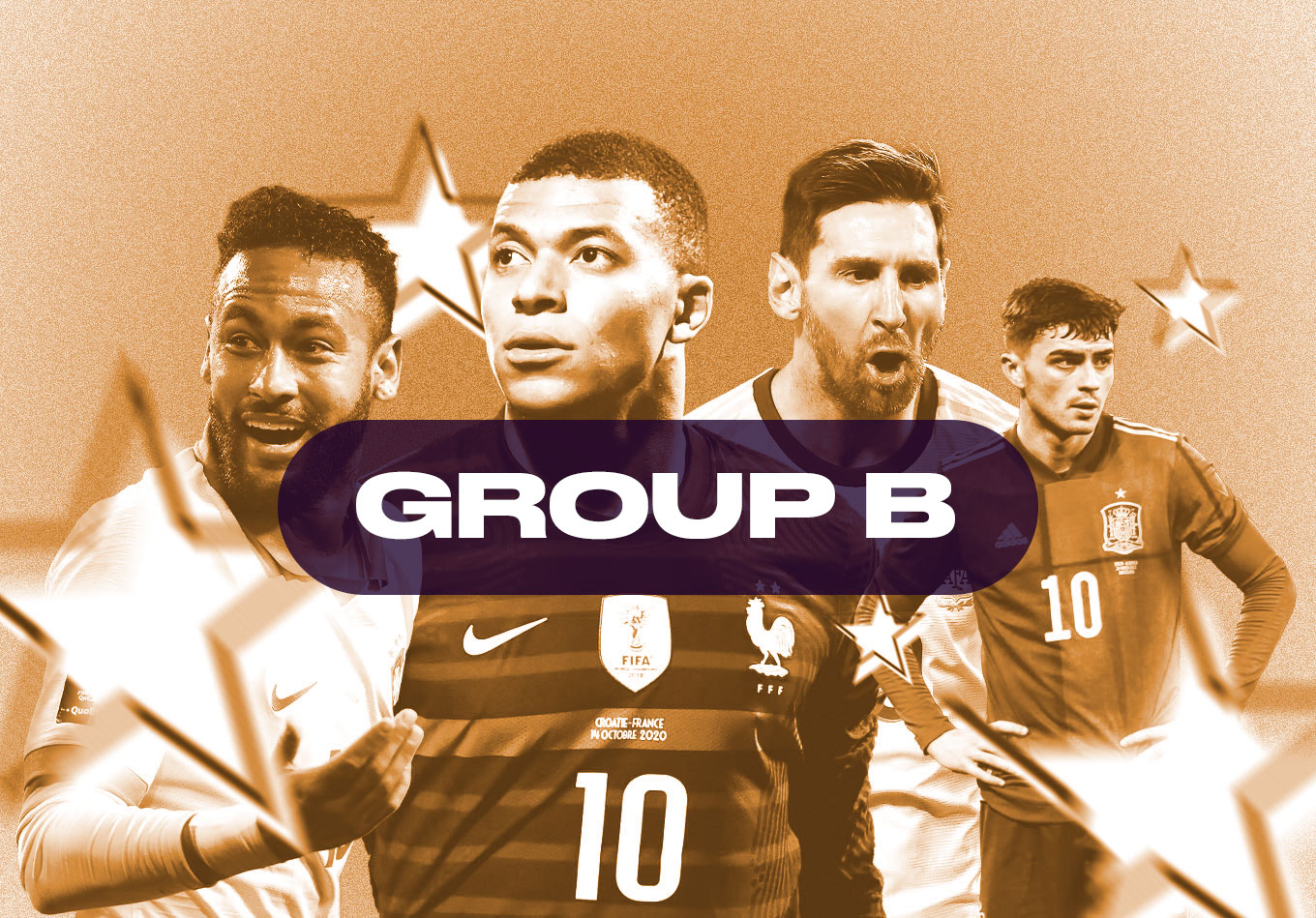 Group B at the 2022 World Cup contains one of the favourites, England, alongside fellow home nation Wales, the United States and Iran.

England have been predicted as overwhelming favourites to make it out of Group B at Qatar 2022, with our predictor giving them an 85.54% chance of progressing to the round of 16.

This is all despite England’s recent run of terrible form. They are winless in their last six games in all competitions (D3 L3), their longest run since April-June 1993 (also six). Worryingly for Gareth Southgate, this is their longest ever winless run going into a major tournament.

However, England did set the best goal difference in the group stage of European qualifiers for the 2022 FIFA World Cup, scoring 39 goals and conceding only three (+36). If they can rediscover their form in time for their opening game against Iran on 21 November, then they should progress far into the tournament.

Captain Harry Kane finished as top scorer in the 2018 edition with six goals on the way to winning the Golden Boot – his form will be integral to any hope of success in this tournament.

England’s first opponents, Iran, have never progressed past the group stage in six previous attempts at a World Cup tournament. Our predictor gives them a 25.60% chance of doing so this time around – the lowest of all four teams in Group B.

In the final round of Asian World Cup qualifiers, Iran conceded just four goals in 10 matches, so they’ll be difficult opponents to break down – not one that England will be looking forward to facing with their recent issues in attack.

Iran have scored just nine goals in 15 FIFA World Cup matches; at 0.6, it’s the lowest goals-per-game ratio of any nation to play more than 10 games at the competition. This is a record they’ll undoubtedly have to improve if they are to make a shock progression to the last 16.

The United States qualified for the 2022 World Cup, but flattered to deceive overall, finishing behind both Mexico and Canada in the CONCACAF qualification region.

Gregg Berhalter will become the first person to represent USA at the FIFA World Cup as both a player and manager, with Berhalter making two appearances at World Cup 2002. That year, Berhalter and the U.S side achieved their best-ever finish at a World Cup since their semi-final finish in the first edition back in 1930, making the quarter-finals before an eventual defeat to finalists Germany. Can Berhalter lead USA into the knockout stages as a coach? Well, we give them a 46.77% chance of doing so – the second-highest ratio in Group B.

This World Cup group is completed by Wales, who are playing in their first World Cup finals tournament since 1958. That 68-year gap is the largest between two appearances from a single nation in World Cup history.

Back then, Wales reached the quarter-finals. If they are to replicate that feat this time around, you feel they will be reliant on big-game players such as Gareth Bale and Aaron Ramsey. Those two have been involved (scored or assisted) in nine of Wales’ 13 goals at the last two major tournaments they’ve played in (Euro 2016 and Euro 2020).

Our predictor gives Wales a 42.09% chance of progressing to the last 16, but in facing the United States in the opening game, you feel that it could prove to be a winner-takes-all match for the two nations.

After a great summer in 2021, where they lost out on their first-ever European championship title on penalties against Italy, and a semi-final knockout in the 2018 World Cup, many England fans expected Gareth Southgate’s side to go one better at the 2022 World Cup. But I fear that they’ll suffer the same fate as Germany in 2018, with a group stage exit.

Southgate’s England team have struggled to look potent in attack across the last six months, and they’ll face a solid defensive unit in the form of Iran in the opening game – not the opponents you want to face on the back of a poor open-play scoring run. Fail to win that, then the second match against the United States looks even trickier before facing a Welsh side with a lot to prove.

I predict disappointment for England in this tournament and a humiliating group stage exit, finishing third in the standings in Group B.

I think the United States will capitalise, winning the group and progressing to the last 16 alongside Iran, whose defensive solidarity will see them grind out the results needed to make it out of Group B.