Will the 2022-23 Celtics Go Down as One of the Best Offensive Teams in NBA History? | The Analyst 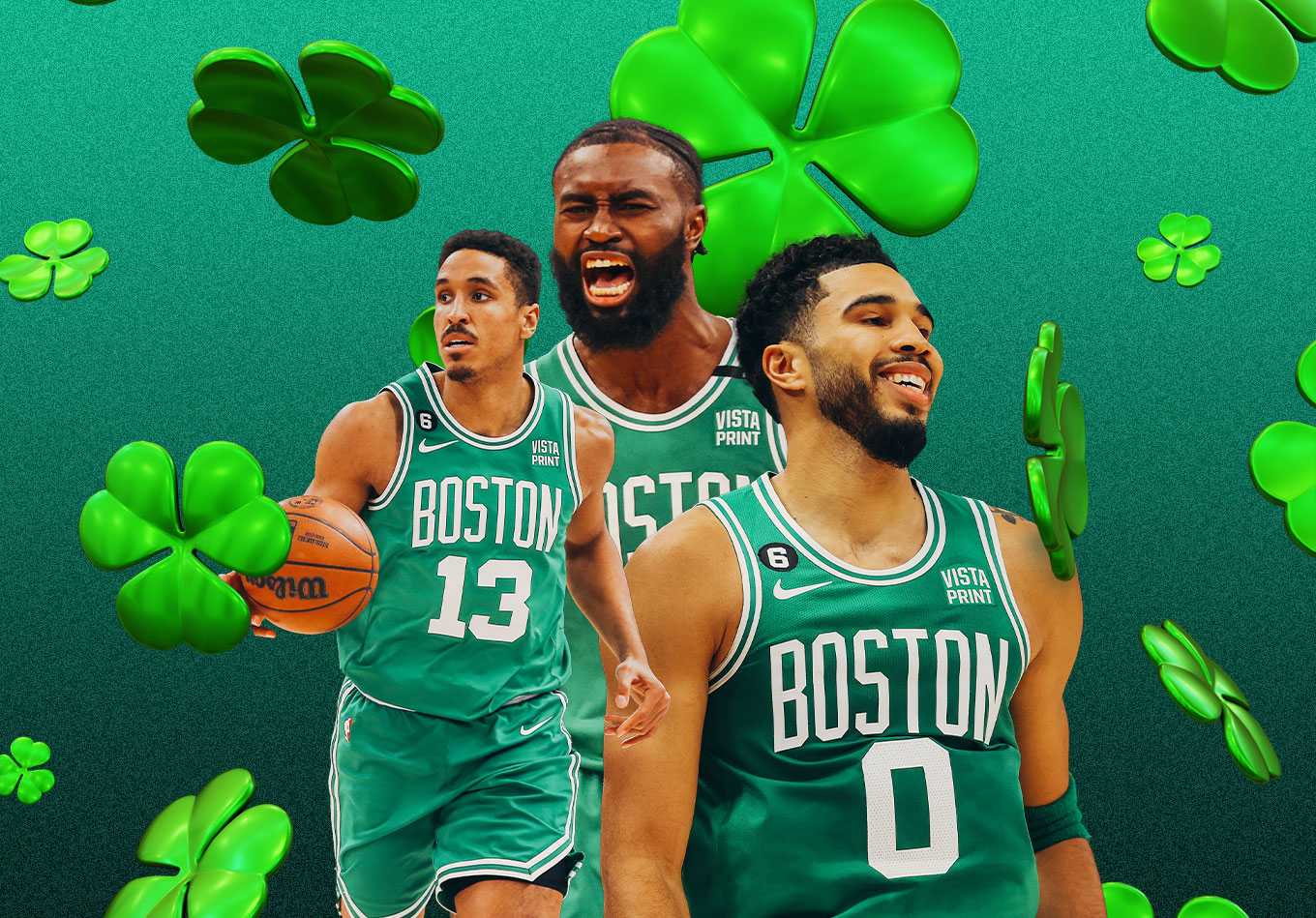 Six months ago, the Boston Celtics were two victories away from their first title since 2008. And then, their offense disappeared.

The Golden State Warriors asserted themselves as the league’s foremost defense and won three consecutive games to nab the championship, stifling a discombobulated Boston offense along the way.

Over the final three games, Golden State forced 55 turnovers and engulfed the Celtics on their forays toward the paint. Once an attack that was spreading the Warriors thin and punishing mismatches, Boston couldn’t generate anything consistent inside the arc. Its offensive rating across those three defeats was a paltry 95.5. For as sizzling as Stephen Curry was, the Celtics’ downfall began with their sputtering offense.

To open the 2022-23 season, Boston has aimed to extinguish those perils the next time a championship opportunity arises. It easily leads the league with an 11.82 adjusted offensive rating, which measures how many points per 100 possessions better or worse teams are compared to the average club during that season (including the playoffs). So the rating normalizes a team’s performance from league environmental factors during a respective era that can either inflate or deflate its numbers.

Boston’s adjusted offensive rating is also on pace to be the best since at least the 1986-87 season, topping the 2004-05 Phoenix Suns.

The 17-4 Celtics own the NBA’s best record and net rating (plus-9.0). Their top-ranked defense of a year ago has slid to 14th. They’ve been beset by the absence of Robert Williams III, some tweaks to the scheme and a decline in execution. It hasn’t mattered. Nobody’s looked better through five weeks.

The bedrock of this historically good unit is fashioning a rotation flooded with dribble-pass-shoot players. The starting lineup of Marcus Smart, Jaylen Brown, Jayson Tatum, Grant Williams and Al Horford are all floor spacers who can attack closeouts and create for others to varying magnitudes. It’s a bunch of shooters who generally double as heady off-ball movers and connective passers around a high-level initiator in Tatum.

The bench is headlined by two more dribble-pass-shoot guards in Derrick White and Malcolm Brogdon. Following them is the 6-foot-8 Sam Hauser, who’s shredding through nylon by drilling 48.9% of his long balls on diverse volume thus far. Williams is a linchpin of their defense and his aerial threat brings a distinct component to the offense. But he can’t stretch the court. Boston plays “five out” for the majority of each game now. Defenses are finding it hard to consistently corral things.

Last season, the Celtics were ninth in 3-point attempts per game and 14th in accuracy; segment these numbers to their final 32 games (26-6, No. 1 offense) and they’re still just fifth and fourth, respectively. This season, they’re second in the former and first in the latter. The ball security woes of last year’s playoffs have dissipated. They’re tied for third in turnover rate after finishing 13th in 2021-22 (15th in the postseason). They don’t squander possessions and are instead scorching the nets.

Schematically, the offense features a bevy of off-ball screens, primarily through pindown, veer and flare screens. Opponents are constantly in scramble mode and this club excels at maintaining or extending advantages. It’s tough to properly navigate these picks when the beneficiaries of them can let it fly off the catch, attack downhill or set the table for someone else.

The scheme is shrewdly simple because it can be. Roles are well-delegated. The roster’s offensive talent just needs a little kick into gear and off everyone goes, dicing up defenses.

On Hauser’s 3, note how the Atlanta Hawks try to hide Trae Young on him. Yet Hauser is too lethal an offensive cog to accomplish that. In the majority of the Celtics’ lineups, there’s nowhere for poor defenders to hide. Everyone has an avenue through which offense can be run for them.

Their offensive cohesion is also the best in the league. Aside from Hauser and Brogdon, everyone played extensively together last season. Smart, Brown, Tatum and Horford have nearly half a decade of history. Williams is in Year 4 alongside Smart, Brown and Tatum. The familiarity is evident. They pace the NBA in assist-to-turnover ratio and are seventh in assist rate.

They don’t necessarily need to ping the ball from player to player all the time. When they elect to, however, the chances the opposition will recover are minimal. And it’s not solely swinging the ball around the perimeter. The Celtics are cutting and relocating to optimize passing angles. The ball and player movement are intertwined.

At the heart of this ethos is Smart, who has continued to serve as the team’s point guard, while letting Tatum and Brown, a pair of tremendous off-ball scorers, thrive away from the action. That shift originated last season and helped the Celtics post the NBA’s top regular-season offense from Jan. 29 onward. His 30.8% assist rate is a career high. They’ll utilize him as a playmaking post hub – a wrinkle explored occasionally by Ime Udoka – though not to this extent.

Naturally, with Joe Mazzulla taking over the head coaching reins from Udoka, not every facet is the same. There are less guard-guard screening actions and mismatch hunting; although, early offense seals inside from an array of players appear to be an emphasis. There’s more intentional randomness, off-ball actions and five-out groupings. Tatum and Brown are nonetheless excelling as finishers.

Tatum’s rate of assisted makes is higher than last year, even if it’s cut off to solely account for Smart assuming full-time point guard duties in late January. He’s being deployed as an off-ball screener more frequently, both to maximize his screening talent and scoring gravity. Brown continues to feast on staggered veer actions. Tatum loves those flare screens to propel him downhill.

Another change from last year’s second-half turnaround is the Celtics’ effectiveness and reliance on drives. They’ve perked up in both regards, led by the arrival of Brogdon, along with strides from Tatum, Brown and Williams. Amid their 26-6 run last season, they were 28th in drives per game and 24th in points derived from drives, according to NBA.com. This season, they’re 11th in drives and seventh in points on drives.

They probe to keep the dribble alive, regardless of whether a shot is immediately available. They pass at the proper time to catalyze openings for one another. Room to drive and finish is typically abundant because everyone else is stationed around the perimeter and defenses cannot afford to ignore them. With his rim frequency jumping from 30 to 38%, Brown’s been a primary recipient of this newfound spacing.

When the league’s most prolific outside shooting team is also well-equipped to parlay that gravity into slashes, the results tend to look a little something like this.

The Celtics are loaded with good shooters. They’re sixth in wide-open 3-point frequency. Their rotation is synergistic. The scheme puts dudes in advantageous spots and lets them rock out. Their premier offense, while perhaps not destined to lap the field all year toward a historic pace, is here to stay.

It may be the biggest difference between merely an Eastern Conference title and donning the NBA’s supreme crown.