Uruguay vs. South Korea: Prediction and Preview | The Analyst 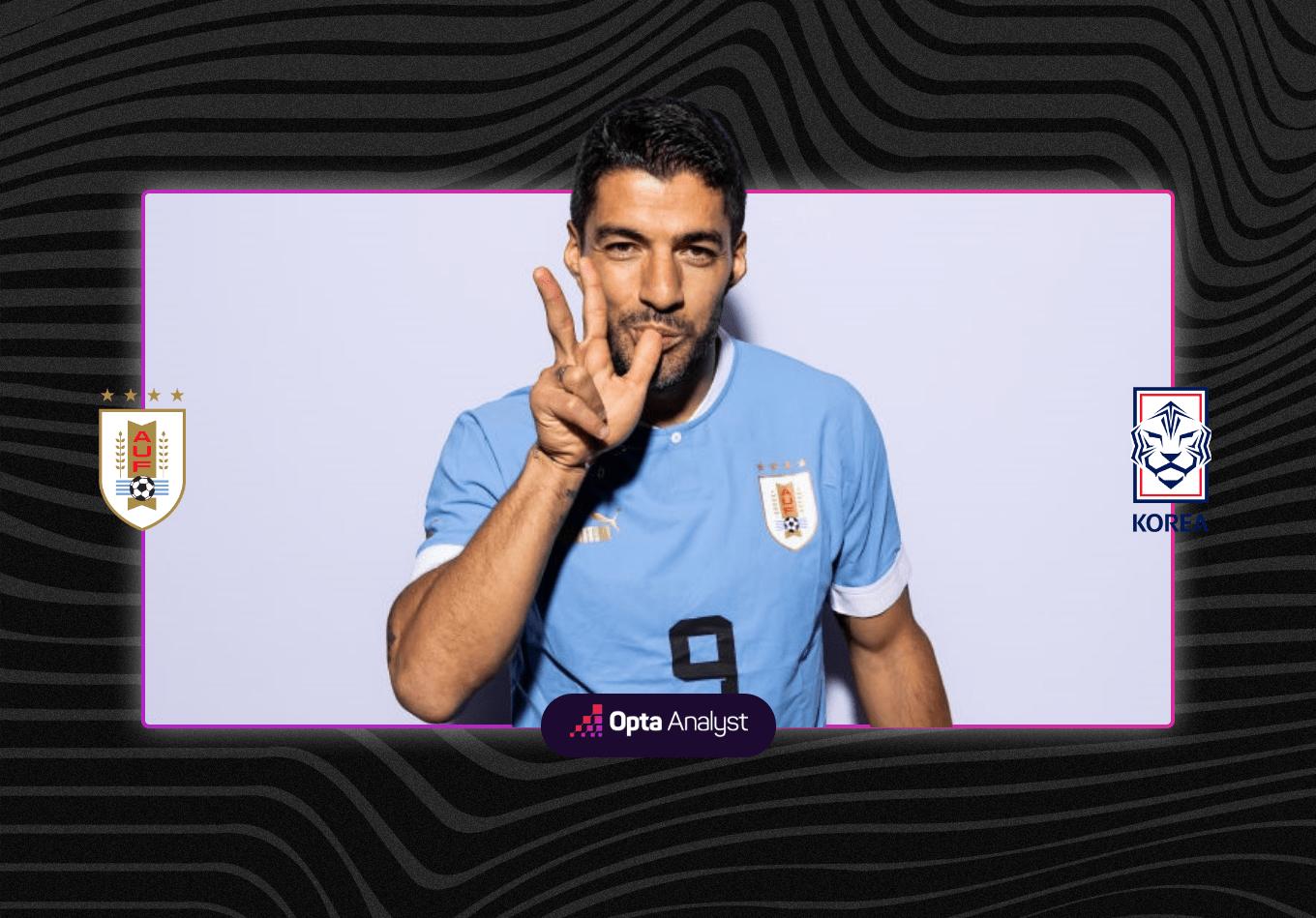 We preview the 2022 World Cup match between Uruguay and South Korea including our pre-match prediction for each team’s opening game in Group H.

Play the Opta Challenge for Uruguay vs. South Korea now for a chance to win $500

The fitness of Son Heung-min has dominated the agenda in South Korea over the past three weeks and his availability for their World Cup opener against Uruguay remains in the balance.

The Tottenham striker suffered a fractured eye socket in the Champions League clash with Marseille on 1 November – an injury that has kept a nation on tenterhooks ever since.

He has worn a mask in training since undergoing surgery and was pictured heading the ball for the first time in training on Monday. Coach Paulo Bento has been happy to keep fans guessing, placing a gagging order on the Koreans discussing Son’s injury with the media.

In the unlikely event he doesn’t make it, it will create a headache for Bento given the strength of Korea’s other attacking options.

Hwang Hee-chan has yet to score in 11 appearances for Premier League strugglers Wolves this season while Hwang Ui-jo has fared similarly at Greek side Olympiacos.

While Korea fret over the status of their experienced striker, Uruguay can count on at least one of theirs.

Although Edinson Cavani may miss out due to an ankle injury, Luis Suarez is fit and raring to go in what will be his final World Cup.

It may be his swansong at this level but former Uruguay forward Diego Forlan does not believe that will give the 35-year-old extra motivation.

Forlan told El Pais: “For Luis, just putting on the Uruguay shirt is motivation enough. He’s always going to want to do things right because that’s his nature. He won’t have extra motivation because it’s his last World Cup.”

South Korea and Uruguay are joined in Group H by Portugal and Ghana and Forlan is aware of the importance of the opening game.

He added: “I think Uruguay are looking good. We have an even group, although we are always competitive.

“The first game is key, especially as it’s an even group and then we play Portugal, who I think are better than they were at the last World Cup.”

Suarez may no longer be the scourge of European defences following his move to Nacional, but he has continued to find success, helping his boyhood club to the Uruguayan title. MLS seems his next move, and he will be hoping to put himself in the spotlight with some trademark feisty displays in Qatar.

Suarez needs one more goal to equal Oscar Miguez’s record of eight by a Uruguayan at the World Cup.

It seems inconceivable that Son won’t start in the mask he has donned in training since arriving in Qatar.

The 30-year-old could become just the second Korean to score at three separate World Cups, after Park Ji-sung, if he can find the target in the 2022 edition.

His club form for Tottenham hasn’t been the greatest in 2022-23 so far, with just five goals and two assists in 1,499 minutes of competitive action – three of those goals coming in one game against Leicester City back in September. Expect more from him in this World Cup, however, as a talismanic figure in the South Korea side.

Even if Son is passed fit, the odds are weighted in Uruguay’s favour.

Our pre-match supercomputer prediction gives the South Americans a 56.2% chance of victory at Education City Stadium with South Korea’s chances of claiming three vital points are rated at just 18.9%. If Korea can get off to a good start then a draw – which comes in at 24.9% – is a possibility.

History certainly favours Uruguay, who have won all four of their World Cup matches against Asian nations, keeping a clean sheet in three of those.