The Most Successful Clubs at Modern World Cups | The Analyst 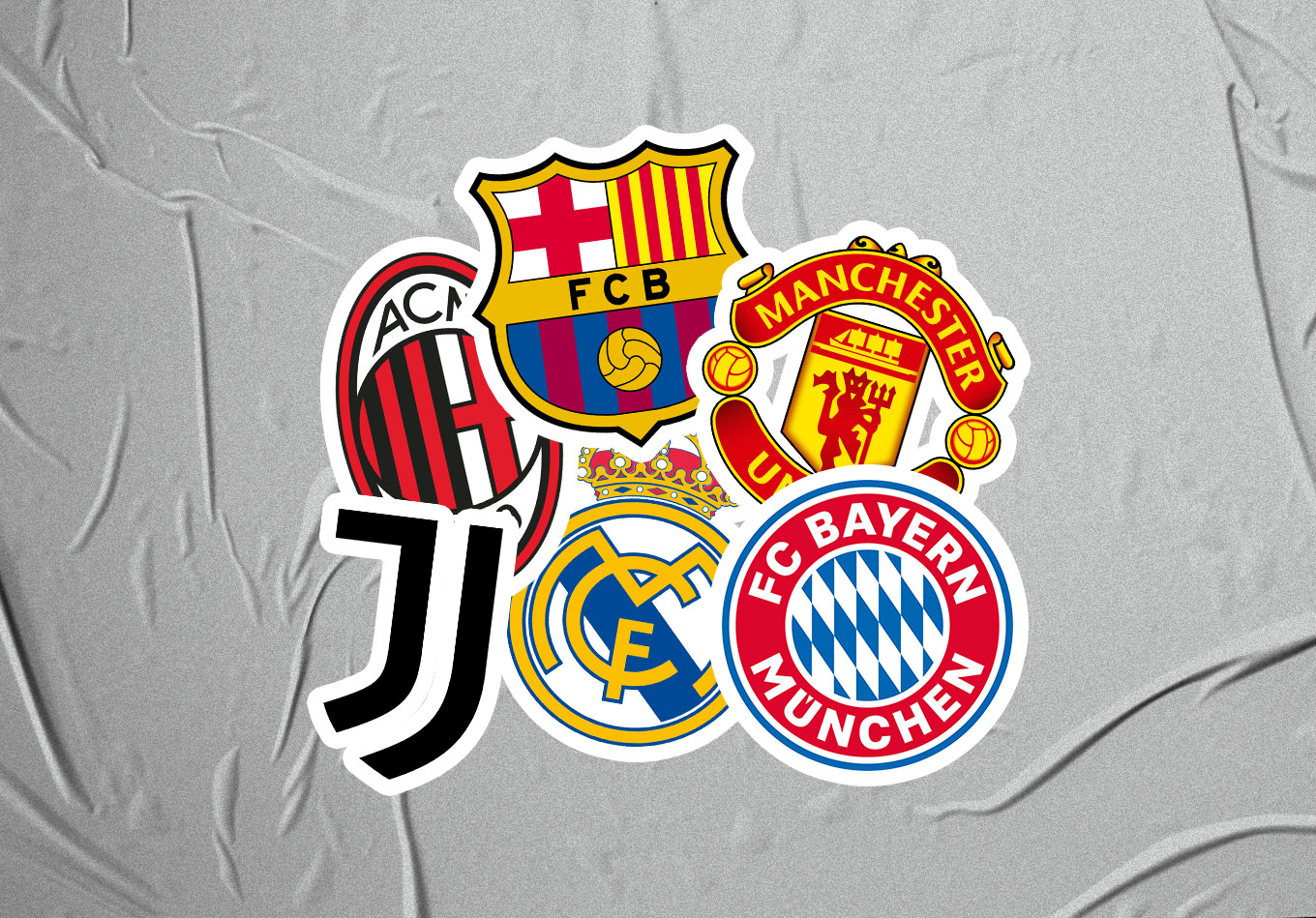 The Most Successful Clubs at Modern World Cups

If you were asked to recall the last six countries to win the World Cup, you’d probably be able to name them almost instantly. But what about the clubs from where they drew their all-conquering talent? From France ’98 – the first World Cup to feature 32 teams – to Russia 2018, some 137 players have been able to call themselves world champions. They’ve come from 47 teams in six leagues (Europe’s top five plus the Brazilian Série A) – but how does it all break down and what are the most interesting finds? We’ve done the hard work so you don’t have to.

Across the past six World Cups, three clubs have provided more winning players than any other – and it feels like little coincidence that they’ve been Europe’s three most successful continentally during that period: Barcelona, Real Madrid and Bayern Munich. Between them, this trio of historic heavyweights have claimed 15 of the last 25 Champions League titles – and supplied 28 (20.4%) of the last 137* players to collect winners’ medals (Barça 10, Real and Bayern both 9).

As Spain became world champions for the very first time at South Africa 2010, their squad featured no fewer than seven Barcelona players: Andrés Iniesta – scorer of the most significant goal in Spanish football history, deep into extra time of the final against the Netherlands; fellow starters Gerard Piqué, Carles Puyol, Sergio Busquets, Xavi and Pedro; and third-choice goalkeeper Víctor Valdés. The other three Culés to get their hands on the most famous of trophies since 1998? Rivaldo with Brazil at South Korea / Japan 2002; and Samuel Umtiti and Ousmane Dembélé with France four years ago.

All three of those World Cup-winning squads also included Real Madrid representation. Los Blancos provided five members of Spain’s 2010 crop: three mainstays in captain Iker Casillas, Sergio Ramos and Xabi Alonso; and back-up defensive duo Raúl Albiol and Álvaro Arbeloa. In 2002, Roberto Carlos helped bring it home for Brazil, while Raphaël Varane was a rock at the back for France in Russia. They’re joined on the list by Christian Karembeu of France (1998) and Germany’s Sami Khedira (2014).

As for Bayern Munich, unsurprisingly, seven of their nine world champions since 1998 were part of Germany’s Brazil 2014 squad: Manuel Neuer, skipper Philipp Lahm, Jérôme Boateng, Bastian Schweinsteiger, Toni Kroos, Thomas Müller and – last but quite the opposite of least – winning goalscorer Mario Götze, whose late extra-time strike downed Argentina. The German giants also welcomed back Bixente Lizarazu and Corentin Tolisso as world champions with France in 1998 and 2018 respectively.

Seven other clubs have supplied at least five World Cup winners in the 32-team era: Juventus (8) pip AC Milan (7) as Italy’s most successful outfit by that measure, followed by Roma (5); Arsenal (6) top the Premier League (as they literally do heading into this World Cup); and Marseille, Monaco and PSG (all 5) fly the flag for France*.

*Yes, we know Monaco is not in France – but the football club play in the French top flight, so…

Three clubs are tied on seven for the most World Cup runners-up since 1998: Bayern Munich, Bayer Leverkusen and Inter Milan. And it’s Bayern and Inter who are of greatest interest – because of one of the great nuggets of football trivia: both have had at least one player in every final since 1982. There were eight involved in 2014 alone, when Germany used the seven Bayern players mentioned above and Argentina brought on Inter’s Rodrigo Palacio.

Also ‘boasting’ five or more not-quite-winners are Lyon, Barcelona (both 5) and Real Madrid (6). Barça and Real had players in both camps as France beat Croatia 4-2 in 2018 final – as did Atlético Madrid, Monaco and Juventus. And let’s not forget Wigan Athletic, who provided Pascal Chimbonda for France’s squad in 2006.

Unless Qatar or Saudi Arabia rip up the very fabric of footballing reality, we won’t see a team whose squad comprises solely home-based players lift the 2022 World Cup. It has been done quite recently, though: in 2006 by Italy – who had been the previous nation to achieve the feat, back in 1982. All 23 members of Marcello Lippi’s victorious Azzurri roster plied their trade in Serie A, including five apiece for calcio colossi Juventus and AC Milan.

Since then, World Cup-winning squads have been gradually less domestic in their make-up. In 2010, Spain had three players based abroad – all in England: Fernando Torres, Pepe Reina (both Liverpool) and Cesc Fàbregas (Arsenal). Four years later, seven of Germany’s triumphant 23 played their club football overseas – including Arsenal trio Mesut Özil, Lukas Podolski and Per Mertesacker. And last time around, France became the first country since [checks notes] France in 1998 to win the World Cup with a squad of predominantly foreign-based players (14/23).

Brazil’s 2002 squad warrants mentioning, too. The five-time world champions’ most instantly recallable stars of that tournament (the likes of Ronaldo, Rivaldo, Ronaldinho, Roberto Carlos and captain Cafu) may all have been playing their club football in Europe at the time, but the majority (13/23) were home-based.

Since then, the Seleção’s selection has never contained more than four Brazilian-based players. Head coach Tite will take three to Qatar – third-choice goalkeeper Weverton (Palmeiras), veteran midfielder Éverton Ribeiro and striker Pedro (both Flamengo) – while 39-year-old Dani Alves, now of Mexican outfit UNAM, is the only squad member not at a club in one of the aforementioned ‘successful six’ leagues.

Of the 2022 World Cup favourites, England have the closest thing to an entirely home-based squad: with the exception of Jude Bellingham, who’s still at Borussia Dortmund for now, their hurt-ending hopefuls all represent Premier League clubs. Mind you, such Englishness is nothing new: in only one of the previous six World Cups have the Three Lions taken more than one foreign-based player (Real Madrid’s David Beckham and Bayern Munich’s Owen Hargreaves both went in 2006); their 1998, 2010 and 2018 squads were all-Prem affairs.

Scoring in the World Cup Final

Italy only won one World Cup between 1998 and 2018 – but eight of the 15 goals scored in those six finals were by players from Italian clubs. Just two Italian clubs, in fact: Inter Milan (to be fair, there’s always a chance when you have a player in every final) and Juventus.

Appropriately, the Azzurri’s equaliser in their 2006 final triumph over France came through an Inter player: Marco Materazzi (who got the only two goals of his international career at that tournament in Germany) – later, um, greeted by Zinedine Zidane, who – in less shameful scenes, and as a Juve player – propelled France to glory on home soil with a brace in the 1998 climax.

Inter’s other World Cup final goal-getters? Ronaldo – who joined Real Madrid after sealing Brazil’s 2002 win with both goals in the final against Germany but was still a Nerazzurri player at the time – and Ivan Perišić – who briefly drew Croatia level against France in 2018. As for Juve, well, they have the distinction of one of their players scoring for multiple nations on the ultimate stage – after Croatia’s Mario Mandžukić put France ahead with the first-ever World Cup final own goal then partially redeemed himself with a consolation at the right end.