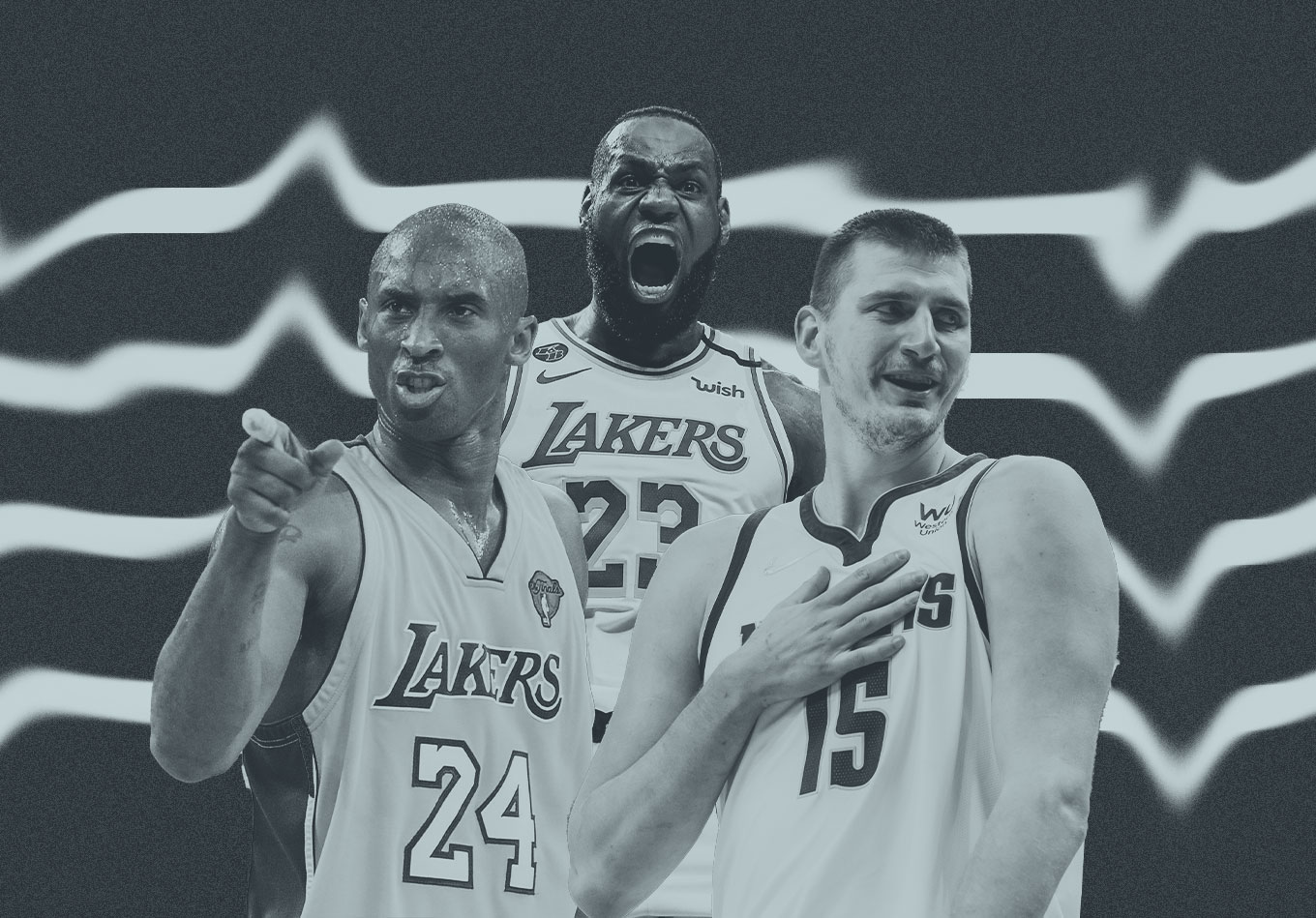 More than any of the other male sports leagues in the United States, the NBA is a league of stars.

One star cannot even drag a team to the playoffs in MLB. Ask Mike Trout. Same with the NHL. And in the NFL, although a star quarterback is really important, depth of strong talent can also allow a team led by, let’s say Nick Foles, to win a championship.

In the NBA season? Championships without absolute superstars are few and far between. And although there is a maximum NBA salary currently in place, superstars get a huge piece of the financial pie.

With NBA players having longer careers than ever and the league making the most money it ever has, there have been some stars that have had incredibly lucrative careers. Below, we take a look the rankings of the highest-paid NBA players (all contract data via Spotrac).

And…players who sign with the team that drafted them (or the team that acquired them within their first four years in the NBA) and meet additional award criteria are eligible for an even larger contract extension, known as the SuperMax. This is what allowed Jokić, one of the best big men in terms of points, rebounds and assists the league has ever seen, to be eligible for the largest contract in NBA history.

Of course, the Nuggets, with the opportunity to lock up one of the league’s premier players, offered it without hesitation, making Jokić the NBA’s highest-paid player.

It may surprise some that Beal is second on this list in total money, but timing and staying with the team that drafted him has allowed Beal to sign a very profitable deal.

Beal has been an elite player, but never in the conversation for an NBA MVP Award. It brings to mind when Mike Conley briefly had the highest-paid deal in league history after signing a contract in 2016. That didn’t last long, however, as 42 players have since signed deals for more money.

So, Beal will likely be eclipsed by several players before long. But, even if it’s surprising to see him higher than some other names, he is a three-time All-Star and made an All-NBA team in 2020-21. He’s earned his place on this list.

Even with the third-highest value contract of all time, it’s hard to think of Antetokounmpo as anything but underpaid for the value he brings to the Bucks.

He’s won two MVPs, made six All-NBA teams and was the NBA Finals MVP while leading the franchise to the second title in team history in 2021. Antetokounmpo is constantly in the conversation for the best player in the league, and one of the most marketable stars as well. No one in the league provides more bang for their buck (pun intended).

Booker’s contract is actually tied for the highest in annual average value, but the fact that it is only four years puts him fourth in total guaranteed money.

It was a tough start to Booker’s Suns career in terms of winning, but the team finally broke through in 2021 after acquiring Chris Paul and made it all the way to the NBA Finals before falling to the Bucks.

Since that breakout year, Booker has proven to be one of the game’s elite players and got rewarded with an extension in 2022 that kicks in after the 2023-24 season. He’s one of the best scorers in the league, and, once his extension kicks in, he’ll be one of the highest-paid ones as well.

Towns signed an identical extension to Booker in the same offseason, vaulting him into the top-five most lucrative deals ever.

While Towns hasn’t had the same playoff resume as Booker, his individual accolades are undeniable. He’s a three-time All-Star, two-time All-NBA player who won NBA Rookie of the Year as well. With a better roster built around him in Minnesota, Towns is hoping for the same trajectory for his team that Booker’s squad had in 2020-21.

The King stays the King.

James is one of the best players ever and has been worth a max contract longer than any player in NBA history. He’s comfortably made the most money in his career with the Cleveland Cavaliers, Miami Heat and Los Angeles Lakers, and is still an elite player.

He can continue to lap the competition in most counting stats, including the counting of money earned.

Like James, Paul’s journey has led him to play for multiple teams, but he’s been shown the money wherever he’s gone.

Paul has defied expectations for short point guards and brought a winning atmosphere to each of his teams. While some thought his best days might be behind him after his time with the Los Angeles Clippers and Houston Rockets, he’s revitalized the Oklahoma City Thunder and Suns since then. The Point God continues to play, and get compensated at, a star level.

Like the two men above him on this list, Durant has been one of the best players in the league basically since he joined it.

Durant started his career at 19 with the Seattle SuperSonics in their last year before moving to Oklahoma City. After nine years with the Sonics/Thunder franchise, Durant had the good fortune of earning unrestricted free agency in the summer of 2016, when there was a huge cap spike. That not only allowed him to sign a huge contract, but he was able to sign with a Golden State Warriors team that wouldn’t have had the money to sign a max free agent without a spike. After three years in Golden State, Durant moved on to team up with Kyrie Irving on the Brooklyn Nets, where his max deal has continued to vault him up this list.

Durant’s former partner in crime in Oklahoma City has done alright for himself financially as well. Westbrook was drafted the year after Durant and has followed a similar path of several high-earning years with different teams.

Unlike Durant, Westbrook hasn’t always had the final say in where he plays, as he’s been traded three times. But it hasn’t affected his earnings; he’s been paid the maximum amount since receiving a max extension in Oklahoma City that started in the 2017-18 season.

Garnett slightly edged out Kobe Bryant for the highest career earnings for a player who started their career in the 1990s by playing 22 years to Bryant’s 20.

KG was seen as a risk coming straight from high school to the NBA, but he played up to his high potential, winning NBA MVP and Defensive Player of the Year awards, and becoming a nine-time All-NBA player. He also earned a spot on the NBA 75th Anniversary Team and won a title with the Boston Celtics in 2008. Combine the accolades with the money, and there aren’t many careers more successful than Garnett’s.

Highest Career Earnings for One Franchise

The Black Mamba spent the entirety of his 20-year career with the Lakers and was a part of five championship teams. The Lakers rewarded him by paying him handsomely until he decided to retire following the 2015-16 season.

Curry tops the list of highest career earnings for one team, and he’ll likely continue to add to that lead. His current deal just missed out on the top-five largest contracts ever, and he’s set to make over $167 million over the next three seasons. As long as he stays in Golden State, he’ll top Bryant next year.

The highest-earning European draftee ever, Nowitzki spent his entire career with the Mavericks.

He was known as a player who couldn’t get over the hump to win a title for most of his career, but he finally led the Mavericks to the team’s first NBA title in 2011. That cemented his legacy, but, even without a title, Nowitzki would be well-regarded as one of the best players in league history who spent his career with just one team. And he was paid that way as well.

Duncan was the consummate team player, but the Spurs rightfully paid him like the superstar he was for most of his career.

Although he did take some hometown discounts during his tenure with the Spurs, Duncan was a superstar for most of his career, and 22 years of earning adds up.

Duncan was seen as one of the best prospects ever when he was drafted in 1997, and he wasted no time in proving that to be true. He won the Rookie of the Year before helping the Spurs win their first title in his second season. He’d go on to anchor four more titles in San Antonio and earn plenty of money in the process.

In an era when most players change teams frequently, Lillard has followed in Curry’s footsteps by staying with one team for his career thus far.

Although Lillard hasn’t had the same success as the other players on this list, he’s been an elite player for over a decade for the Trail Blazers, making six All-NBA teams, and leading Portland to the Western Conference finals in 2019. Few players have the legacy in one city that Lillard does, and he’s been well-paid while he enhances that legacy each year.