Senegal vs. Netherlands: Prediction and Preview | The Analyst 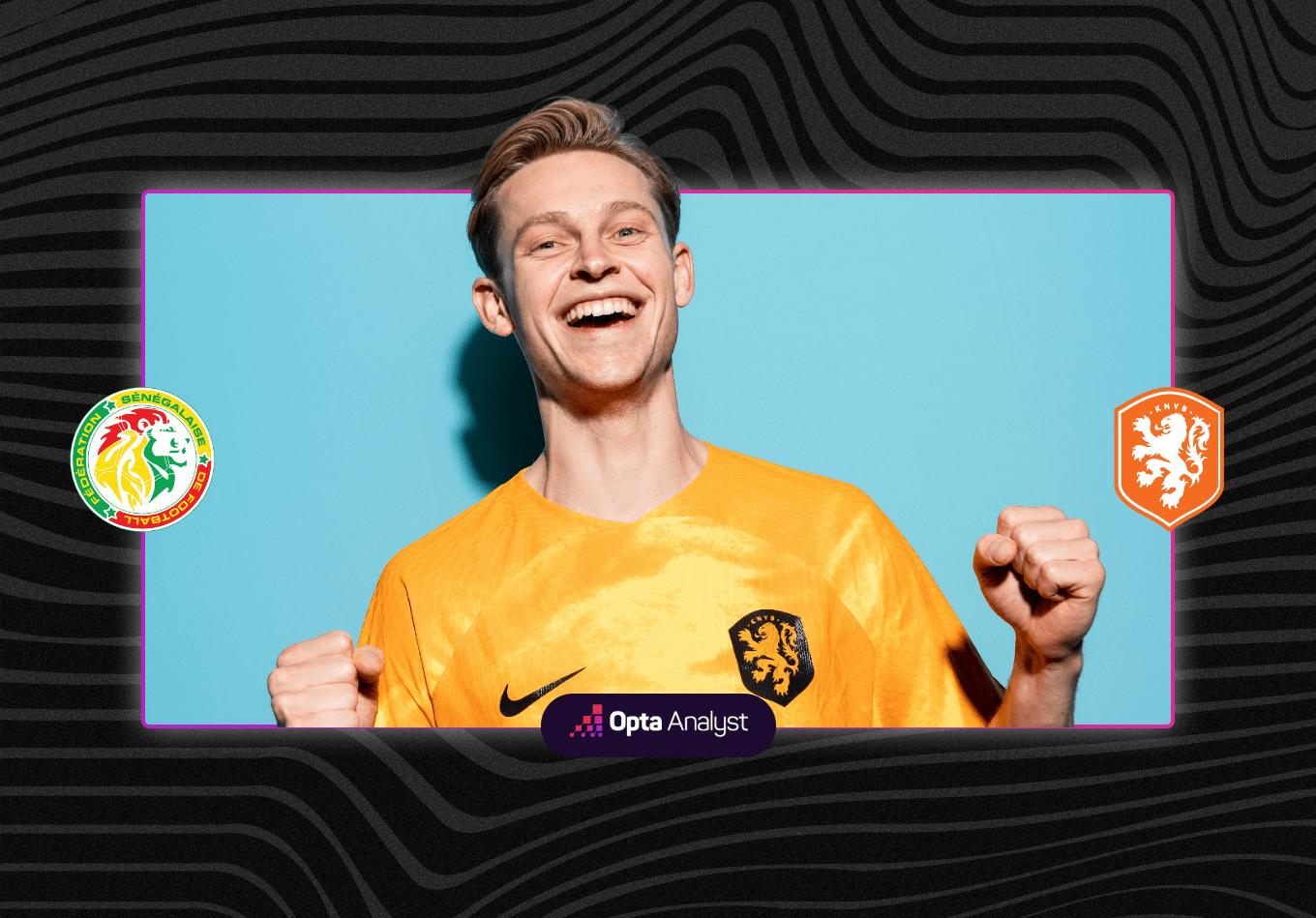 Senegal vs. Netherlands: Prediction and Preview

We preview the 2022 World Cup match between Senegal and Netherlands, including our pre-match prediction for each team’s opening game in Group A.

Play the Opta Challenge for Senegal vs. Netherlands now for a chance to win $500

Aliou Cisse vowed Senegal “will leave our mark” at the World Cup as they look to extend their perfect opening-game record at the tournament when they face the Netherlands.

The reigning African champions have won their previous two openers – a shock 1-0 win over then-world champions France in 2002 and a 2-1 victory against Poland in 2018.

Senegal reached the quarter-finals 20 years ago, but they were eliminated in the group stage in the most recent edition, and Cisse is hoping for a different outcome this time.

“The aim is to get out of this group,” he told reporters.

“We will leave our mark. People are already looking ahead to the last 16, the quarter-finals, but we will be taking it a game at a time.

“We’re not getting carried away. It’s up to us to fully prepare ourselves and to do so wisely. We were knocked out of the last World Cup after just three games.”

Senegal defeated Egypt in February to win their first Africa Cup of Nations title, before beating the same side the following month in a World Cup qualifying play-off to reach Qatar 2022.

Cisse’s side are ranked 18th in the world – 10 places behind the Netherlands – and are without star man Sadio Mane in these finals due to injury.

Senegal may have a perfect opening-game record, but the Netherlands are unbeaten in their past eight curtain-raising matches, winning six of those.

The Dutch are back on the world stage after failing to qualify for Russia 2018, with veteran boss Louis van Gaal now in his third spell in charge.

Van Gaal, who will step aside at the end of the tournament, admits his side will need more than just talent to go all the way in Qatar and lift the trophy for the first time.

“I don’t believe we have the best players on earth in our team,” he said. “But I believe in team building and in tactics. I believe we can go far.

“But we also need luck – that is also important. Because of that and because I believe in imagination, we could be the world champion at the end of the tournament.”

The Netherlands are unbeaten in four matches against African opposition in the finals, while Senegal have won two and drawn one against European sides in the group stage.

Losing Mane to injury just before the tournament was a cruel blow for Senegal, the forward having been directly involved in 12 of their past 25 goals in major tournaments.

It will now be down to others to step up and fill the void, such as Salernitana forward Boulaye Dia, who has been in good form at club level this campaign.

Dia has six goals in 14 Serie A matches across 2022-23 so far – a tally only five others can better – and has been directly involved in eight overall for a mid-table Italian club.

Memphis Depay was the Netherlands’ star man on the road to Qatar with 12 goals and six assists – those 18 direct goal involvements the most of any player in UEFA qualifying – but he has been ruled out of the Senegal match.

Van Gaal has a number of other options in attack, however, with Bergwijn one of them.

The Ajax winger has eight goals and three assists in 14 Eredivisie matches this campaign, and six goals in his past nine appearances for his country, making him one Van Gaal can rely upon.

The Netherlands have won 11 of their past 14 matches at the World Cup, penalty shootouts excluded, with their most recent group-stage loss coming in 1994 against Belgium.

Senegal are tricky first opponents for the Dutch, but our supercomputer’s prediction model has given the Netherlands a 59.2% chance of taking all three points in Al Thumama.

The prediction model gives Senegal a 17% chance of victory, while a draw is rated at 23.8%.