Saudi Arabia vs. Mexico: Prediction and Preview | The Analyst 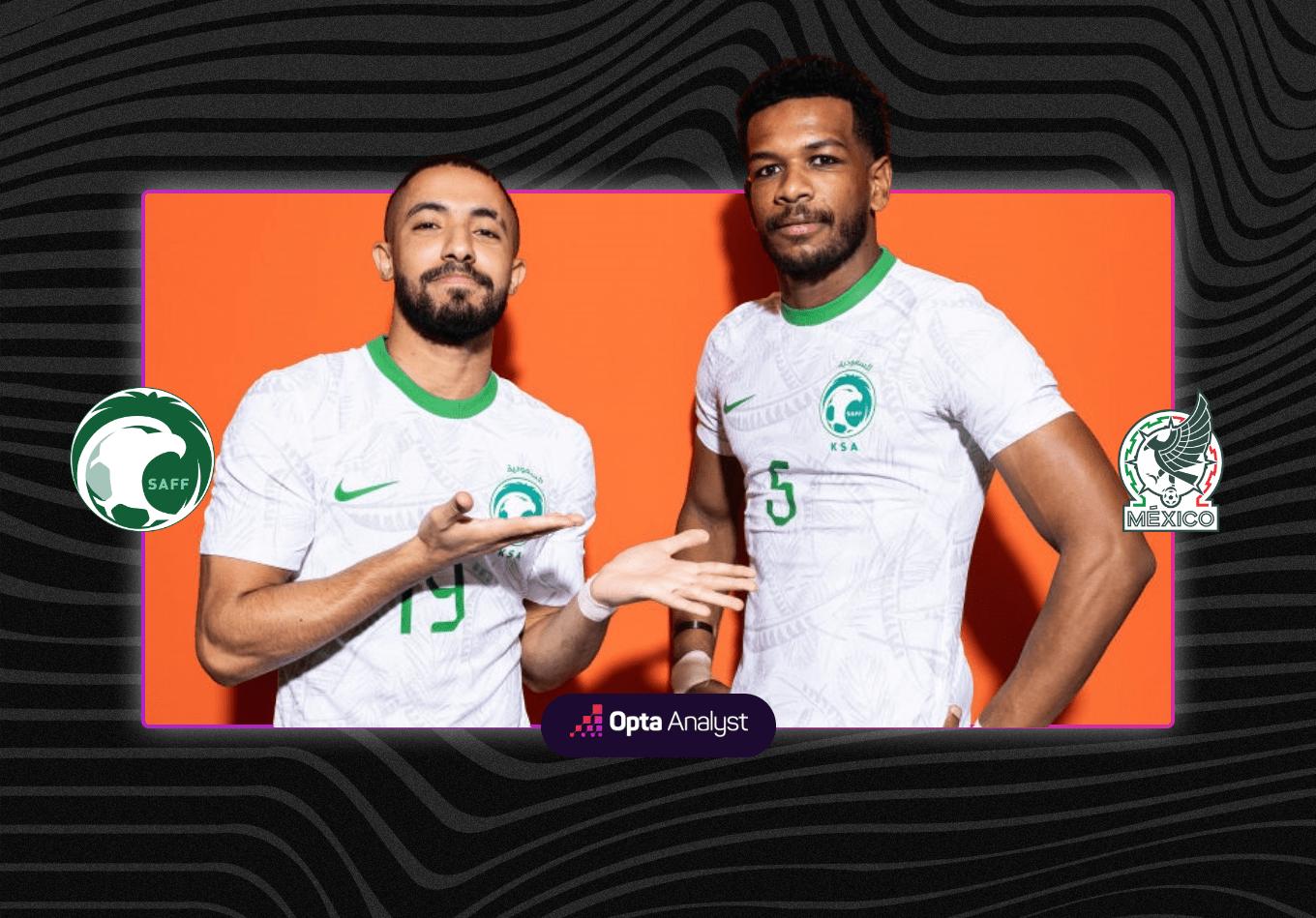 Mexico always reach the last 16 of the World Cup. It is just what they do – progress beyond that point has been the issue. We preview Saudi Arabia vs. Mexico in Group C.

Mexico always reach the last 16 of the World Cup. It is just what they do. Progress beyond that point has been the issue.

But El Tri head into their final Group C fixture at Lusail Stadium on Wednesday at risk of elimination, needing to beat Saudi Arabia to have any chance of advancing.

Tata Martino’s side have shown little sign of delivering such a result so far, drawing with Poland only after Robert Lewandowski had a penalty saved and then losing 2-0 to Argentina.

Mexico are winless in four World Cup matches, only enduring a worse sequence across their first 13 finals games.

They have not scored in any of those four outings either, with 49 attempts in that time producing just nine on target.

Perhaps their luck will change against Saudi Arabia, who have kept only one clean sheet in 18 World Cup matches – that rate of 5.6% the worst in tournament history among teams to play 10 or more games.

“While we still have a chance, we have to try to do it,” Martino said after losing to Argentina. “Saudi Arabia need to try to win and score goals, and we do, too.

“I think that in life and in this case, with these players, we are used to picking ourselves up, above all when we have to. It’s hard, though; it’s definitely hard.”

Saudi Arabia could go through with a draw, although they will have to win to ensure they cannot be impacted by the result between Poland and Argentina.

They have only made it through the group stage once previously, in their first participation in 1994.

“I hope [the Saudi fans] won’t give up,” coach Herve Renard said following a 2-0 defeat to Poland.

Mexico are unbeaten against Saudi Arabia, winning four of their five previous meetings, which all occurred between 1995 and 1999.

As their most prolific passer (96 passes completed), his support will be key as the Green Falcons go on the attack again.

Martino played without a natural forward against Argentina, but he surely cannot afford to do so again as Mexico need goals. They have only had five shots on target, with no player contributing more than one. After coming off the bench twice, Jimenez may now be called upon to produce at a big moment.

Across his Premier League career at Wolverhampton Wanderers, he’s scored his 40 goals over an average of 265 minutes per goal. His experience will be vital if Mexico are to get a result here.

Despite their recent World Cup woes, Mexico are strong favourites to get the win they need to stay in contention. The supercomputer rates their chances at 56.4%.

A second Saudi Arabia upset of the group stage is given only a 21.2% shot, while the draw – which would see Mexico eliminated and may not be enough for Saudi Arabia either – has a 22.4% likelihood.