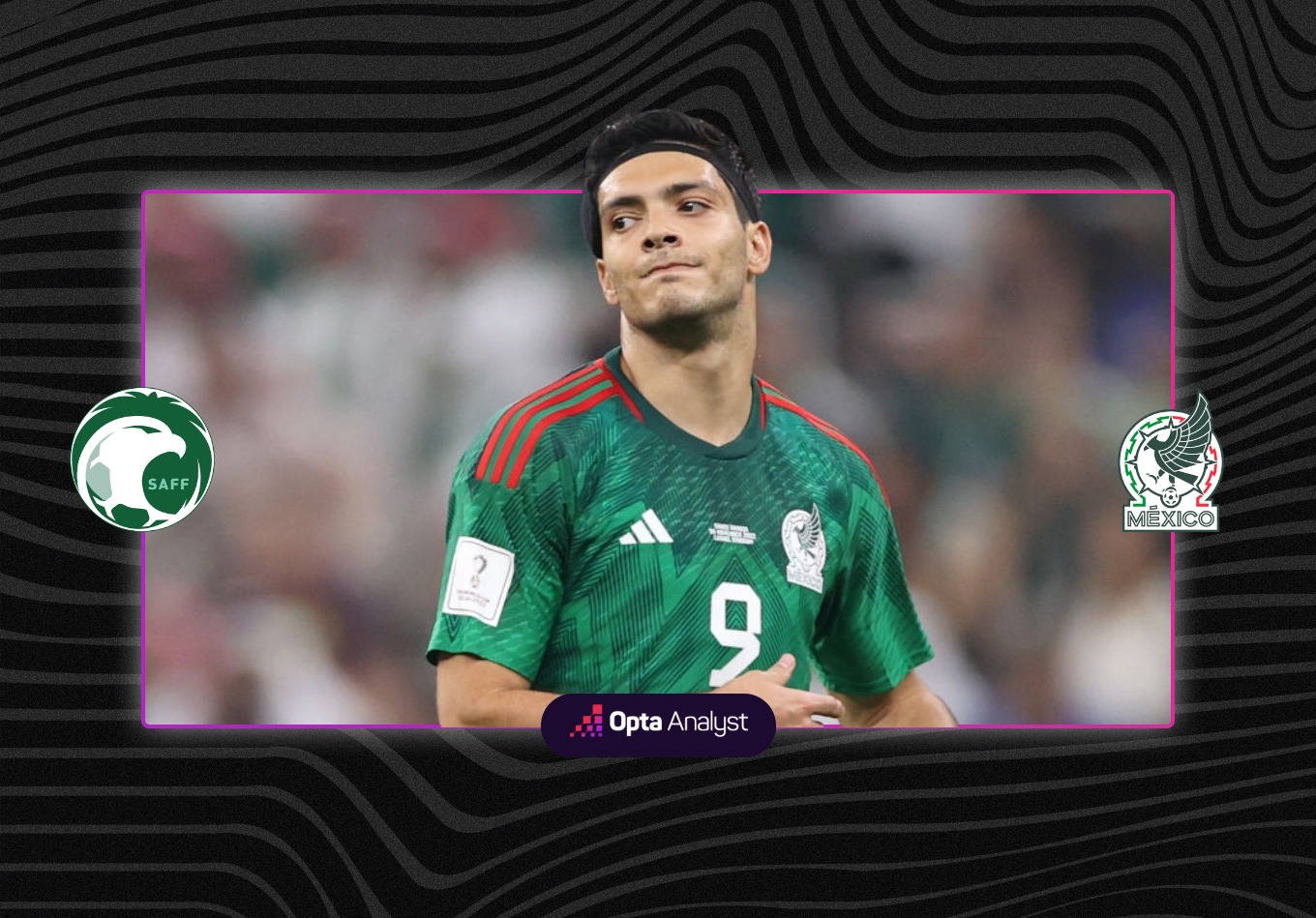 You won’t see many games better than this at the 2022 World Cup. Only one match at these finals has witnessed more shots than this game (36), while the tournament-high 38 fouls committed summed up this slobberknocker in Lusail.

Just three days deep into the 2022 edition, Saudi Arabia caused arguably one of the greatest shocks in the history of the tournament by defeating two-time champions Argentina 2-1. Just eight days and two defeats later, Saudi Arabia exit the competition and finish bottom of Group C. Life comes at your fast. And so, apparently, can Mexico.

Mexico finally came to the World Cup party with this performance, with Saudi Arabia surely having no complaints about the better side winning this game.

After a frantic first half, where the Mexicans outshot Saudi Arabia 11-4, it took just 113 seconds into the second half for Henry Martín to open the scoring. That goal ended a run of 486 minutes without a goal in the World Cup, surpassing their 366 minutes without scoring across 1966-1970.

After such a long wait for a World Cup goal, Mexico only had to wait another five minutes and four seconds to score again. Luis Chávez’s exquisite free kick curled into the top corner of the Saudi net – his first-ever goal for his national team, and what a goal to open your account with.

Chávez attempted nine shots from outside the box for Mexico. No player has attempted this many in a World Cup game since the 1970 tournament, with the 26-year-old ending just two off the record by a player in a single World Cup match in recorded history (since 1966) – Jozef Adamec for Czechoslovakia versus England in 1970 (11).

With Argentina beating Poland 2-0 and Mexico beating Saudi Arabia by the same score five minutes into seven of injury time, it meant that Poland were heading through by virtue of having fewer yellow cards in the tournament at that time (five vs. seven). But Saudi Arabia’s Salem Al Dawsari consolation goal deep into injury time just ended up breaking Mexican hearts and sending both teams home.

Before this tournament, Mexico had progressed from their first-round group in each of their last eight FIFA World Cup appearances, last failing to do so in 1978. But then again, with the record of being knocked out in their second-round game in seven successive tournaments and the prospect of facing France in the round of 16 this year, there may not have been much to look forward to beyond.