Qatar vs. Senegal: Prediction and Preview | The Analyst 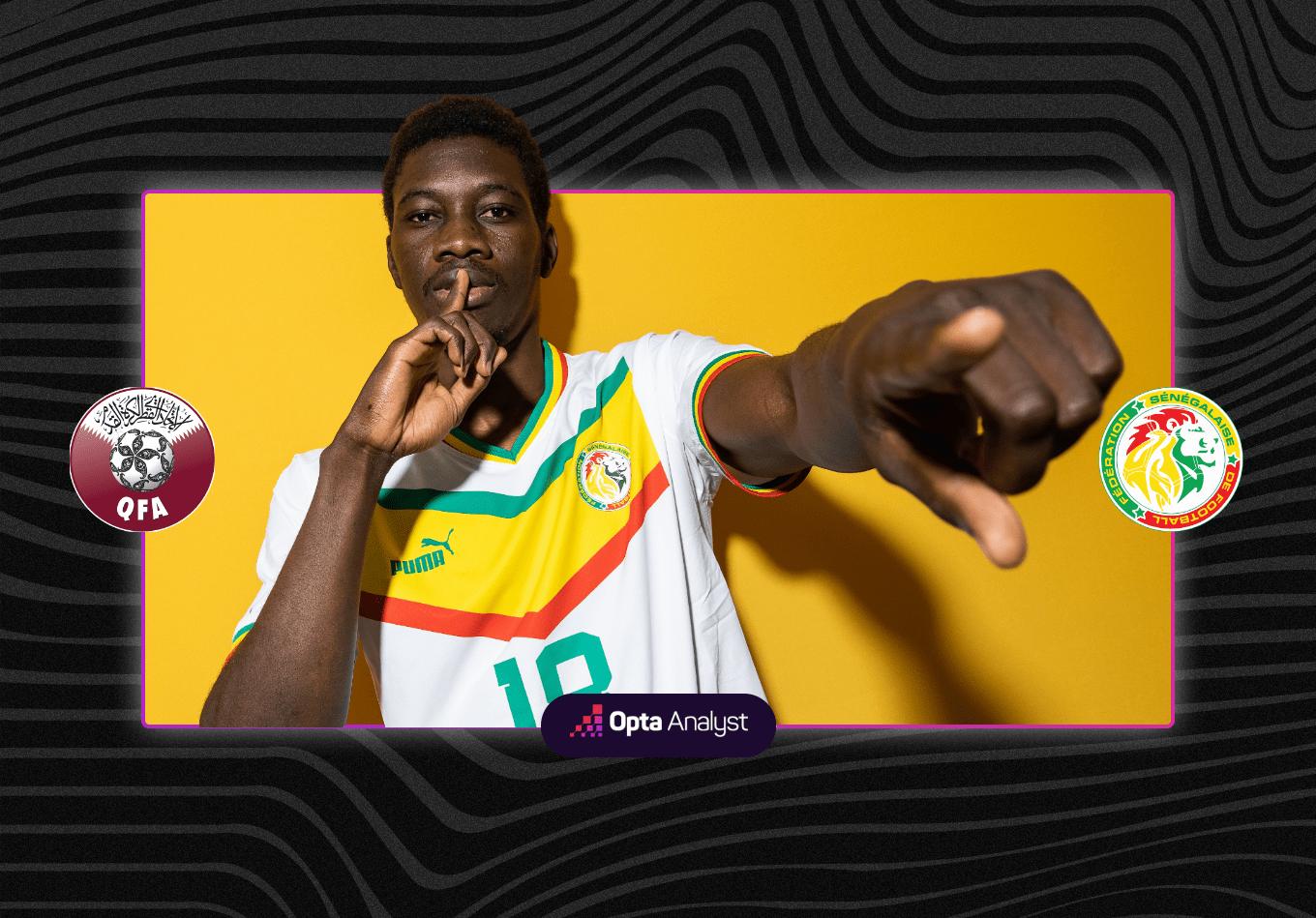 Qatar vs. Senegal: Prediction and Preview

We preview the 2022 World Cup match between Qatar and Senegal, including our pre-match prediction for each team’s second game in Group A.

Play the Opta Challenge for Qatar vs. Senegal now for a chance to win $500

Senegal’s forwards need to step up in Sadio Mane’s absence if the Lions of Teranga are going to progress in the World Cup, says Aliou Cisse.

Bayern Munich forward Mane was ruled out of the tournament after suffering a fibula injury.

The former Liverpool star is Senegal’s talisman, and was crucial to their Africa Cup of Nations success earlier in 2022.

In his absence, Senegal turned in a spirited display against the Netherlands in their opening Group A game on Monday, yet fell to a 2-0 defeat.

With hosts Qatar next up at Al Thumama Stadium, head coach Cisse has demanded more from his forwards, particularly Ismaila Sarr and Diatta.

Cisse said: “We are disappointed, we had two or three very good chances [against the Netherlands].

“We needed to be more effective. Ismaila and Krepin are responsible there, but of course, the absence of Mane is a problem for us. Our attackers are good and we know what they are capable of.

“We need to work on it, with Ismaila and the others. We expect a lot from him and Krepin.”

Qatar also suffered a 2-0 defeat in their opening match, going down to Ecuador.

They did not register a shot on target in that match. Since 1966, the only side to fail to land a single shot on target in consecutive World Cup games is the United States, doing so against the Czech Republic and Italy in the 2006 edition.

“There’s no excuse, we want to congratulate our opponents, they deserved to win,” said coach Felix Sanchez.

“There is a lot of room for improvement. Maybe the responsibility and nerves got the best of us. We didn’t start well. It was a terrible start.”

Qatar failed to deliver in the tournament opener, but in Akram Afif they have a quality forward who could turn the game in their favour.

Afif created only one chance against Ecuador, and Qatar need to find a way to get him into the game more this time out.

Sarr had more shots (three) and created more chances (four) than any other Senegal player against the Netherlands, with the Watford attacker involved in 47% of their total attempts in the match (7/15).

With his coach’s words no doubt ringing in his ears, Sarr will be determined to prove he can cut it in Mane’s absence.

Senegal are the favourites for this one, according to Opta, who give the Africa Cup of Nations champions a 59.1% chance of victory.