Portugal vs. Ghana: Prediction and Preview | The Analyst 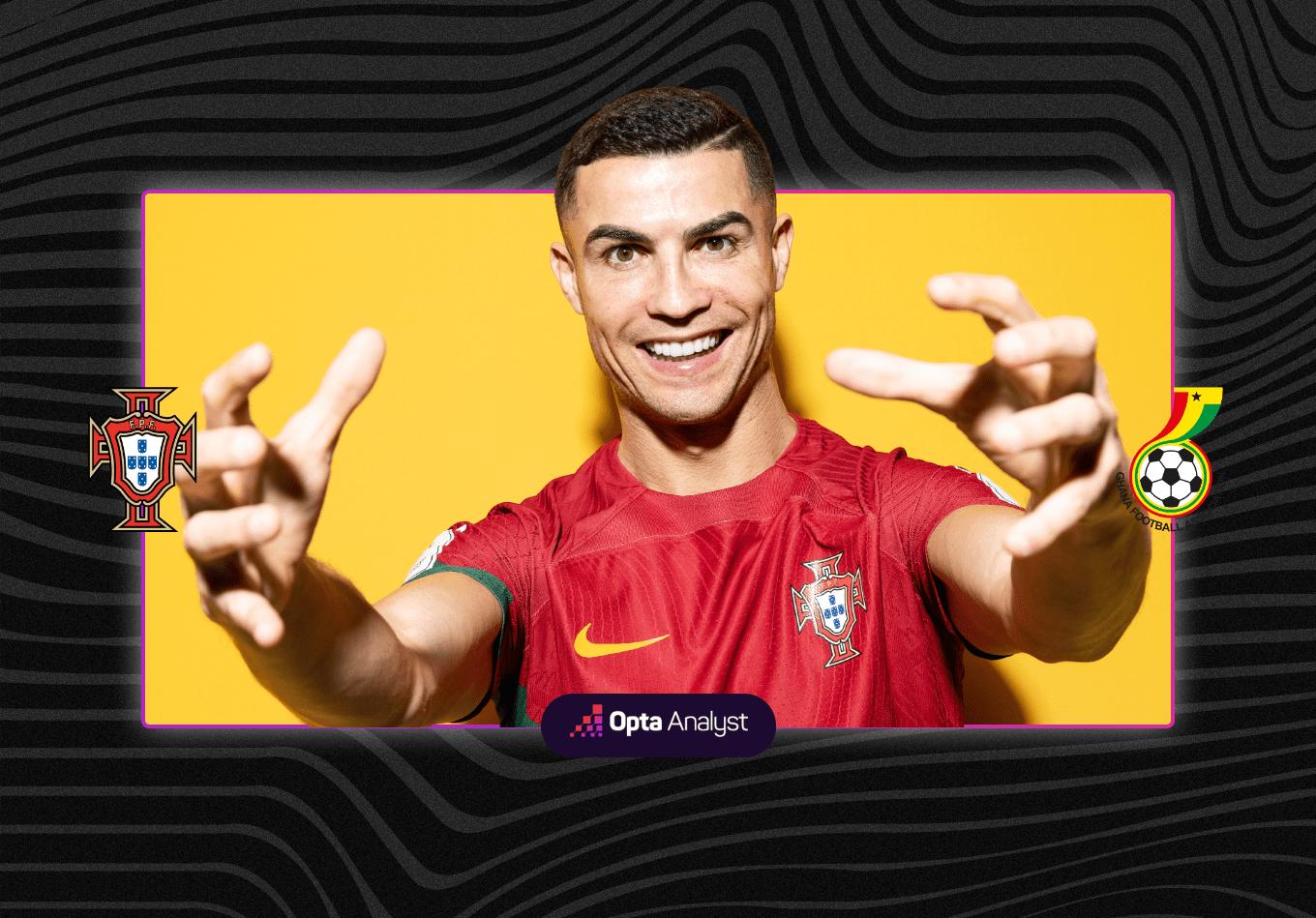 Portugal vs. Ghana: Prediction and Preview

We preview the 2022 World Cup match between Portugal and Ghana including our pre-match prediction for each team’s opening game in Group H.

Predict three questions for Portugal vs. Ghana now for a chance to win $500

Portugal will not be distracted by the furore surrounding Cristiano Ronaldo as they look to get their World Cup campaign up and running, says Ruben Dias.

Ronaldo’s inflammatory interview with Piers Morgan has been the hot topic ahead of Portugal’s opening Group H match in Qatar against Ghana on Thursday at Stadium 974.

Portugal’s captain insisted no issues have been caused in the squad, despite what seemed a frosty exchange with his now ex-Manchester United team-mate Bruno Fernandes on the latter’s arrival to the team’s training camp.

Centre-back Dias, however, shrugged off any chance of Ronaldo’s situation proving to be a distraction.

“I don’t think Cristiano’s affairs have put a dent whatsoever into what we are trying to achieve here, so I don’t have much to say about it,” Dias said in a press conference on Tuesday.

“I think we’ve talked about this enough, there’s not much to add. As a team, we will focus on the World Cup now and not other issues.

“We’re focused on winning against Ghana. The best way to win is to focus on one game at a time and that’s the best way to have a successful path ahead of us.”

Progressing from Group H will not be a simple task for Portugal.

Uruguay and South Korea are the other teams in the group, while Ghana head into their fourth World Cup with a talented squad, albeit one that is the youngest in the tournament.

Inaki Williams, who has switched allegiance from Spain, is a threat up top, with Mohammed Kudus and Thomas Partey enjoying fine seasons with Ajax and Arsenal respectively.

Indeed, since the start of detailed Opta World Cup data, Ghana have averaged the most shots per game in the World Cup among all teams competing in 2022 (19).

“Ghana are physically a strong team, technically as well. They have footballers who are playing at the top level in Europe,” added Dias.

“We are aware we are facing a very dangerous team. We’re focused on what we are doing, but aware of the difficulties that Ghana will bring.”

Ronaldo loves silencing his critics, and what better stage to do it? The 37-year-old is looking to become the first player to score at five different World Cup finals.

All of Ronaldo’s seven goals in the tournament have come in the group stage. He has scored the most goals of any player in the competition who is yet to find the net in the knockout stages (six such appearances without a goal).

Kudus revealed earlier this week that he came close to joining Everton in August, but if the 22-year-old carries his club form into the World Cup, he might well be the subject of interest from bigger teams in January.

He has scored 10 goals for Ajax this term, with four of those coming in the Champions League, from six appearances.
With Williams ahead of him and Partey behind, Kudus could be one to watch in Qatar.

Portugal are heavy favourites based on our predictor model, which gives Fernando Santos’ side a 69.6% chance of victory.