The Oldest Players to Score at a World Cup | The Analyst 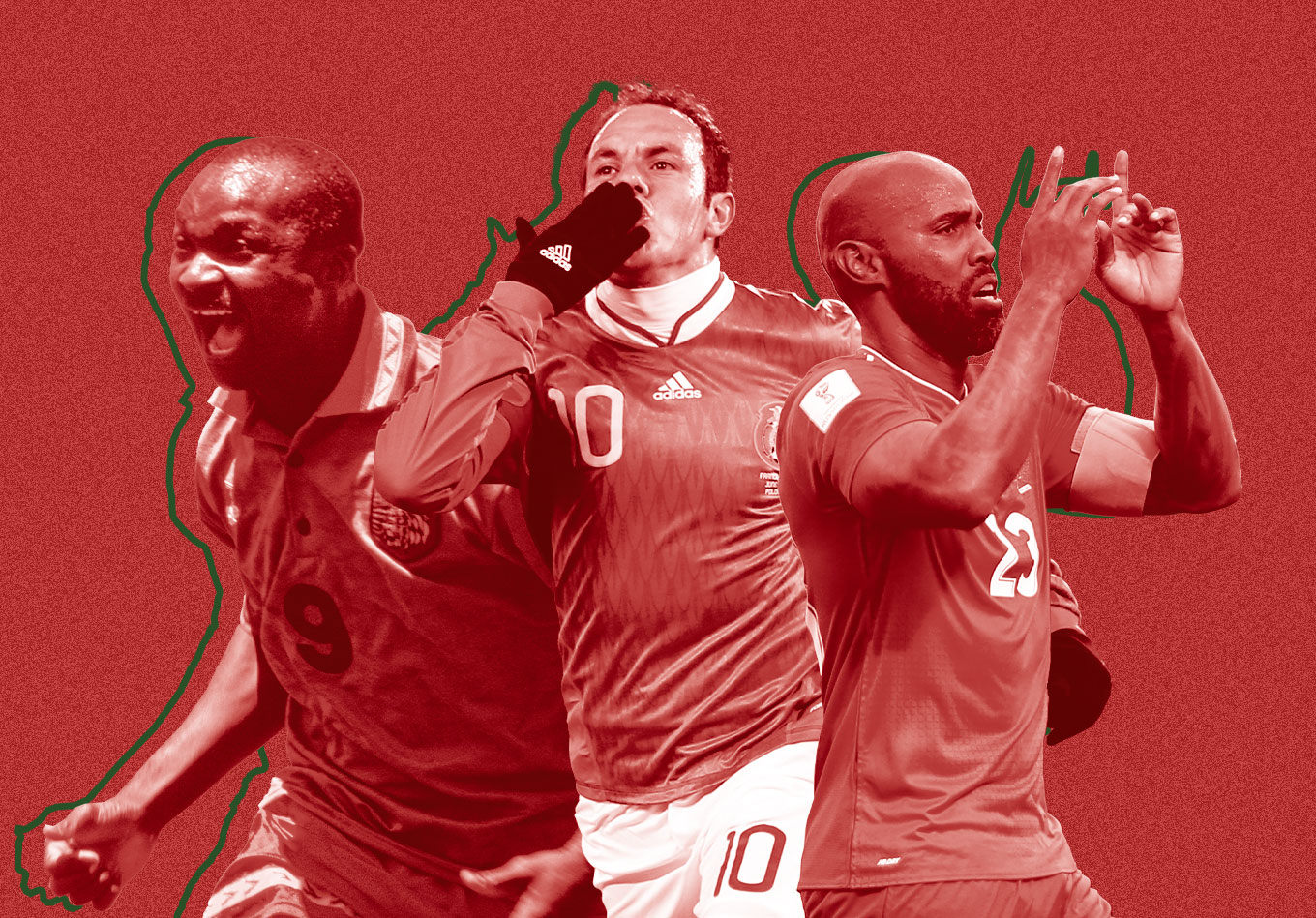 Who are the oldest FIFA World Cup scorers? We look back at the 10 men’s players to score a goal at the oldest age, plus some other age-related goal records.

Roger Milla became the oldest player to score a World Cup goal in June 1994, when his Cameroon side faced Russia in the United States. Unfortunately for Milla and Cameroon, they lost the match 6-1, but the striker extended his own record when he scored the consolation goal.

Milla’s two goals for Cameroon against Colombia at Italia 90 meant that he was already the oldest scoring player in World Cup history, at 38 years and 34 days, but he fancied adding another four years to that record just to make it safe.

Milla’s age when he scored as a substitute in 1994 against Russia was 42 years and 39 days. Just to emphasize how old that is, it’s over a year older than another Cameroon legend, Samuel Eto’o, will be when the 2022 World Cup is played in Qatar.

The Cameroon striker never played another World Cup game, and is the third oldest player to play in the competition behind Egypt’s Essam El-Hadary and Colombia’s Faryd Mondragón, but ahead of Northern Ireland legend Pat Jennings and Peter Shilton of England.

Milla’s age-related record was overshadowed on the day, with Russia’s Oleg Salenko scoring five goals in their 6-1 win and setting a new World Cup record as the only player to score as many as five goals in a single match across the history of the competition.

Sweden’s Gunnar Gren scored in the 1958 World Cup semi-final against West Germany. After the Germans had taken the lead and Sweden had equalised in the first half, Gren’s first and only World Cup goal was the one that put Sweden into the lead, before team-mate Kurt Hamrin sealed the 3-1 win late on.

Gren’s goal helped to put Sweden into the 1958 final versus Brazil, but they went on to lose 5-2 thanks to a Pelé masterclass.

A special mention should be made for Russia’s Sergei Ignashevich here, however. The Russian scored an own goal against Spain at the 2018 World Cup at the age of 38 years, 352 days old – over a year older than Gren was when he scored his final World Cup goal. Fortunately for the Russian, we aren’t including own goals in this list.

Aged 37 years and 151 days old when scoring, Blanco became the third oldest goalscorer at the World Cup (excluding own goals) and the oldest Mexican to net in the history of the tournament.

This 79th minute penalty from Blanco helped eliminate France from the group stage of the 2010 World Cup, following their draw in the opening game against Uruguay and a defeat to host nation South Africa in the final match of the groups.

With goals at the 1998, 2002 and 2010 World Cup tournaments, Blanco is one of only three Mexican players to have scored in three separate World Cups, alongside Chicharito and Rafael Márquez.

Felipe Baloy may have only made one appearance and 21 minutes on the pitch in World Cup history, but he managed to score in that game and become the fourth oldest player to score a World Cup goal in the process.

Considering Panama won’t be at the 2022 World Cup in Qatar and Baloy is turning 42 years old in February of next year, it’s unlikely he’ll ever add to these tallies, either.

Just like Roger Milla before him, Baloy’s goal came as a consolation in a heavy 6-1 defeat. The Panama defender entered the game when England were leading 6-0 and then scored a header from a free-kick just nine minutes after coming on, meaning that during the time Baloy was on the pitch, Panama won 1-0. That’s the real victory.

There’s a chance that Obdulio Varela might not be a name that you’re too familiar with. It should be, though.

Varela was captain of the Uruguay team that won the 1950 World Cup and is regarded in South America as one of the best national team captains of all-time, with the holding midfielder still adored by Uruguayan football fans.

In June 1954, Varela his second and final World Cup goal in a 4-2 win over England in Switzerland. That was the good news. The bad news was that he got injured when celebrating the goal and never played a World Cup match again, which was tough luck for Uruguay considering they never lost a World Cup game he played in (W6 D1 L0).

The Oldest Player to Score a World Cup Hat-Trick

Portugal’s Cristiano Ronaldo is the oldest player to score a hat-trick at a World Cup. The current Premier League star was 33 years and 130 days old when he scored his treble in the 3-3 group stage draw against Spain – his third goal coming from a delightful free-kick past Spain goalkeeper – and current Manchester United team-mate – David de Gea with only two minutes remaining. This was his 51st hat-trick for club and country, while it was also the 51st hat-trick scored in the history of the World Cup.

Rob Rensenbrink had held this record for 30 years following his hat-trick for the Netherlands versus Iran at the 1978 World Cup, when aged 30 years and 335 days old.

Lionel Messi (35 years old) and Ronaldo himself (now 37) could be potentials to extend this record in the 2022 World Cup in Qatar although neither man has ever scored outside of the group stages at a World Cup.

The Oldest Player to Score in a World Cup Final

Nils Liedholm was 35 years and 264 days old when he scored in the 1958 World Cup final for Sweden against Brazil. The Swedish striker opened the scoring after only four minutes, but that lead only lasted five minutes before Vavá equalised for Brazil in the ninth minute – this was to be the only time that Sweden led in the final.

The 2006 World Cup final between France and Italy in Berlin saw both Zinedine Zidane (34 years, 16 days) and Marco Materzazzi (32 years, 324 days) score – the second and third oldest players to score in a World Cup final. The match is mainly remembered for the clash between the pair later on, however – Zidane being sent off on his final appearance for France after headbutting Materazzi’s chest.

Special mention goes to another 32-year-old, Mario Mandžukić who scored for both teams in the 2018 final between France and Croatia at 32 years and 55 days old. After scoring an own goal for France in the 18th minute, the Croatian striker scored at the right end in the 69th minute.