Netherlands vs. Qatar: Prediction and Preview | The Analyst 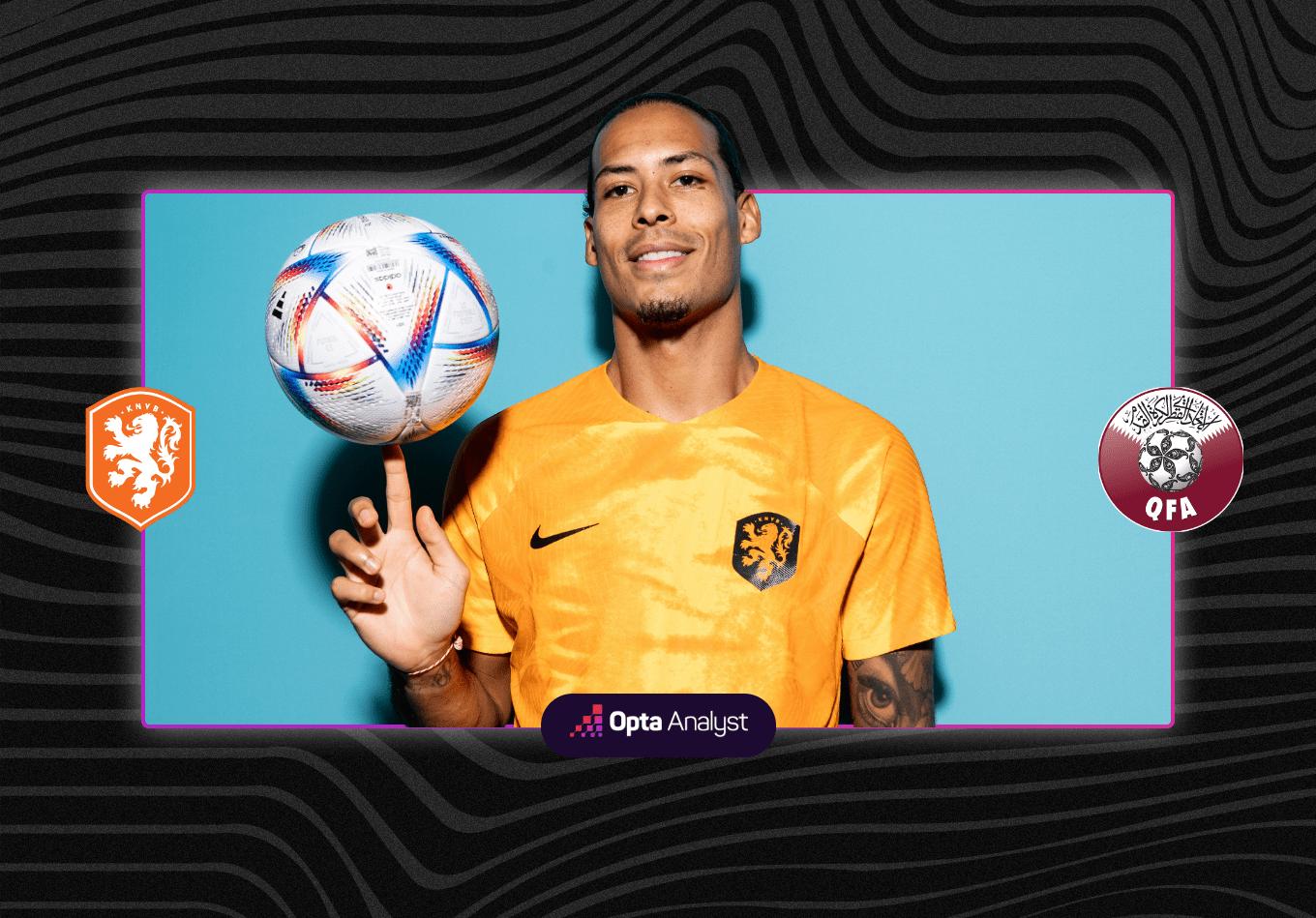 Netherlands vs. Qatar: Prediction and Preview

We preview the 2022 World Cup match between Netherlands and Qatar, including our pre-match prediction for each team’s final game in Group A.

This was not the way Qatar will have wanted their home tournament to go.

With almost 12 years to prepare, the Maroons tried to put themselves in a position to be an inspirational underdog at their World Cup.

That has not proven to be the case, with defeats against Ecuador and Senegal seeing them become the first host nation ever to be eliminated after two games of a World Cup tournament.

Qatar still have one more match to go, though, and arguably the most glamorous one as they prepare to take on the Netherlands in their final outing.

Felix Sanchez’s men will not just want to claim a morale-boosting big scalp to go out on a high but will also be keen to avoid defeat as no host nation have ever lost as many as three matches at a World Cup.

The Netherlands topped the group after matchday two, but only just, after an uninspiring 1-1 draw against Ecuador that kept them above La Tri on goal difference, and a point ahead of third-placed Senegal.

Louis van Gaal’s side will go through if they avoid defeat on Tuesday and have history on their side as only in 1978 (versus Scotland) have the Netherlands lost their final group match at the World Cup (excluding second group phases), winning four and drawing three.

The experienced coach has acknowledged his team are yet to get going in Qatar, saying on Friday: “If we want to become world champions, we need to improve a lot, because the quality of the opponents we have yet to face is at a much higher level.”

A 2-0 win against Senegal in their opener felt somewhat fortunate, while they had to rely on the woodwork to prevent Ecuador from coming back from a goal down to beat them.

While Qatar are not one of those higher-quality opponents Van Gaal will have been referring to, the Dutch will need to ensure they are on their game at Al Bayt Stadium.

They could gain hope from the fact that the host country have won their final group match in five of the last six World Cups (including both Japan and South Korea as joint-hosts in 2002), with Russia losing 3-0 to Uruguay in 2018 in the other.

The Dutch have struggled to create so far, having just four shots on target across their first two games, though three of those have ended up in the net. Since 1966, the fewest total shots on target from the Netherlands in a group stage at the World Cup is 10 in 1990.

The 23-year-old has put his country 1-0 up in both games in Qatar so far, and only three players have ever scored in three consecutive World Cup appearances for the Dutch; Johan Neeskens (1974), Dennis Bergkamp (1994) and Wesley Sneijder (2010).

While they will want to put on a show for their fans as they bow out of the tournament, Qatar will surely spend the majority of the game defending.

Khoukhi put in some shift to try and keep Senegal out, even if it ended up in vain, with his nine clearances being seven more than any other Qatari player, while he also had more touches (83) and passes attempted (64) than any of his team-mates.

Qatar have conceded five goals so far, with no host nation ever conceding more in a single group stage, with South Africa also conceding five in 2010.

According to our match prediction model, this will be a straightforward win for the Netherlands, having been given an 82.9% chance of taking all three points.

The supercomputer has assigned an 11.5% chance of a draw, while what would be a famous victory for Qatar has just a 5.6% chance of happening.