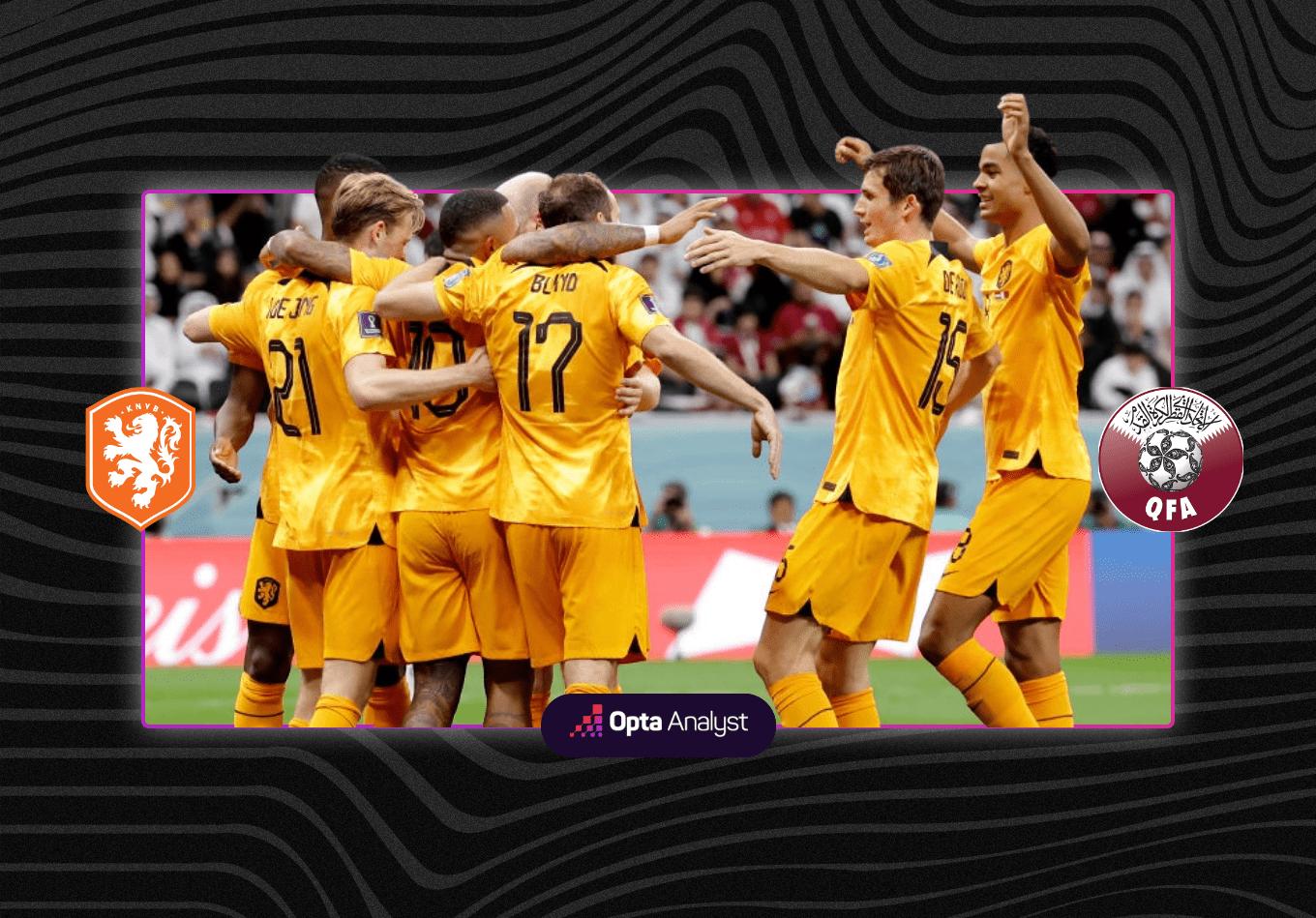 Netherlands 2-0 Qatar: Dutch Delight as They Top Group A

The Dutch came into this match having put in a meek attacking display against Ecuador on Friday, where they attempted just two shots all game and only one of those coming after Cody Gakpo’s sixth-minute goal. Just three and a half minutes into this match and they’d already surpassed that shot tally and set the tone for a dominant display against the already-eliminated host nation.

It was nothing less than what we expected from the Netherlands in this match, with Qatar clearly one of the poorest sides at the 2022 World Cup. Before the game, the Dutch were being given a 70.4% chance of topping the group to make it through to the round of 16, but with them only needing to win this game to be certain of progression, that felt extremely generous to Qatar’s chances of causing a shock.

Cody Gakpo made it three goals in three games at Qatar 2022, with his right-footed goal today adding to a header on the opening matchday against Senegal and a left-foot rocket versus Ecuador in their second match. All three of those goals have been the first goal of the game, meaning he’s the first man to score the opening goal in all three group stage games of a tournament since Alessandro Altobelli in the first round of 1986.

Gakpo’s trio of strikes also took him level with Johan Cruyff’s tally of three World Cup goals, with the all-time Dutch great doing that in seven appearances. But even Cruyff couldn’t do what Gakpo’s managed, in scoring in each of his first three World Cup appearances.

Constant suitors Manchester United would have been better off agreeing to a fee for Gakpo before the World Cup, as the price keeps rising following his performances at the tournament.

When Frenkie de Jong scored the Netherlands’ second goal of the game in the 49th minute, it became clear the encounter was over as a contest – if it hadn’t been already. After that, Louis van Gaal’s side took the foot completely off the gas and only attempt a single shot in the final 41 minutes of the game.

Group A is over, and the Dutch did what they set out to do – top the group. This should mean that they avoid facing England in the next round, but based on their three group-stage performances, a match against the United States or Iran will be far from easy.