Most Goals in a UEFA Champions League Season: The Players | The Analyst 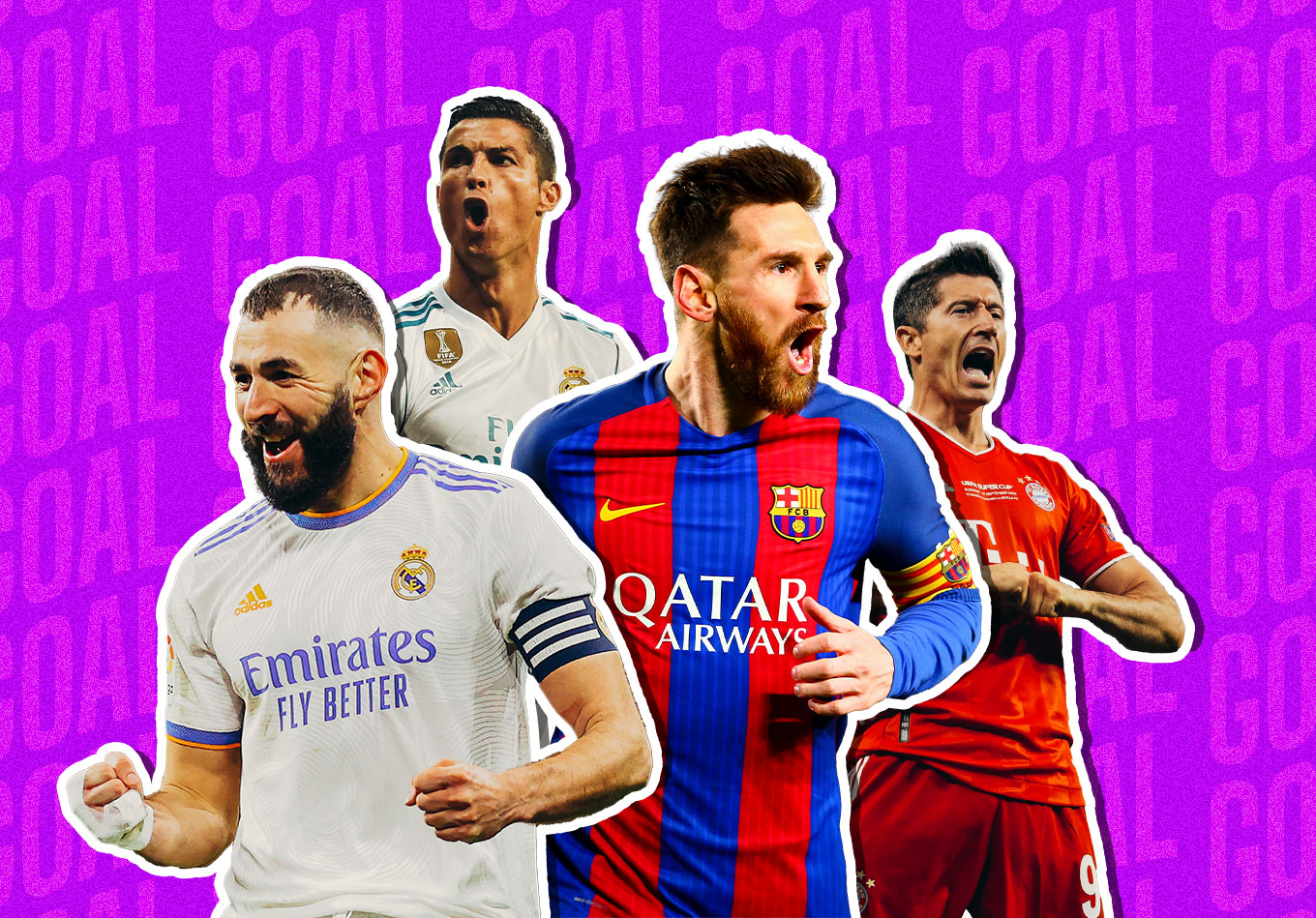 It’s the most prestigious club competition in the world but which players have scored the most goals in a single UEFA Champions League campaign? Here we give you the rundown of the highest scoring players across seasons in the history of the competition.

Ronaldo started the season in the best way possible, scoring a hat-trick in Real Madrid’s 6-1 away win at Galatasaray on MD1, before adding a further six goals in the group stage.

He added further goals in the last 16 (four), quarter-final (one) and semi-final (two) before finishing off his campaign in style with a 120th minute strike to seal a 4-1 victory in the final against rivals Atlético Madrid.

Cristiano Ronaldo was one goal away from equalling his own record of goals scored in a single Champions League season, when he scored 16 times in the 2015-16 campaign on the way to once again winning the competition with Real Madrid.

The superstar forward scored 11 goals in the group stage of the 2015-16 edition, which is a record by a single player in a UEFA Champions League campaign. That tally was two more than the second-highest overall scorer in the competition in 2015-16; Robert Lewandowski (nine).

Ronaldo yet again opened the season with a hat-trick, this time against Shakhtar Donetsk, before ending the group stage with another superb performance, scoring four goals in the rout of Malmö FF.

The Portuguese didn’t score in the final against Atlético Madrid despite attempting six shots, but he did go on to score the winning penalty in the shootout, as Real Madrid picked up the trophy in Milan.

The Portuguese netted 15 times as Real Madrid went on to win the competition in the final against Liverpool, thanks to a 3-1 victory. Ronaldo didn’t score in the final but did score in 10 other games that season to equal his own record tally of 10 UCL games scored in within a single season alongside 2013-14.

Robert Lewandowski came into the 2019-20 Champions League final knowing that a goal would see him replicate Ronaldo’s feat of scoring in 10 different UCL games in a season. It wasn’t to be for the Pole, but his Bayern side still picked up the trophy with a 1-0 win over PSG in the final. Lewandowski had scored in all nine of his games prior to the final (15 goals).

A hat-trick in the second leg of the last 16 tie against Paris Saint-Germain was followed by a hat-trick in the first leg against Chelsea and a further goal in the quarter-final second leg, before three goals in the two semi-final games against Manchester City. He didn’t score in the final versus Liverpool, but still saw his Real Madrid side win the title once again.

Lionel Messi’s best goalscoring season in the Champions League game back in 2011-12. This was a season where Messi broke all sorts of records, with a phenomenal 73 goals in 60 games.

He scored 14 of those goals in the UCL, including five in a single match against Bayer 04 Leverkusen in March 2012. This remains one of only two occasions that a player has scored five times in a Champions League match, but the only time that they have come in a knockout stage game.

Messi’s Barcelona side were eventually knocked out in the semi-finals against eventual 2011-12 winners Chelsea, where the Argentine failed to score in both legs despite attempting 12 shots overall.

In what was to be Robert Lewandowski’s final season as a Bayern Munich player, the Polish striker scored 13 goals in 10 games to take his total UCL goal tally to 69 for the Bundesliga champions – only Lionel Messi (120 for Barcelona), Cristiano Ronaldo (105 for Real Madrid) and Karim Benzema (74 for Real Madrid) have scored more for a single club in the competition.

Lewandowski looked on to possibly break the UCL season record when he scored nine goals in Bayern’s first five matches of the 2021-22 season, but their eventual defeat in the quarter-finals against Villarreal hindered his chances of plundering more.

As well as the seven listed above, there are eight further instances of players scoring more than 10 goals in a single UEFA Champions League season.