Morocco vs. Croatia: Prediction and Preview | The Analyst 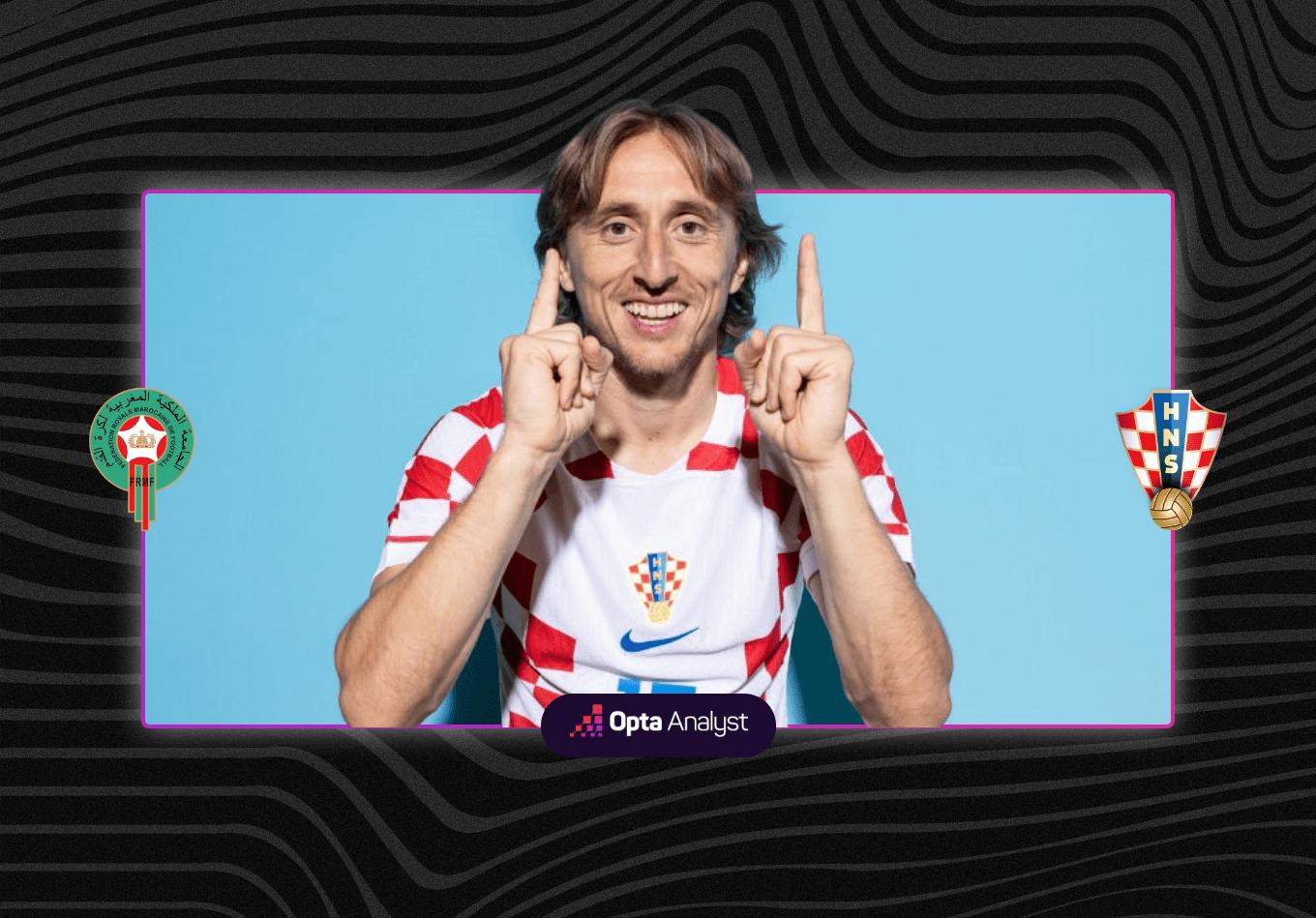 Morocco vs. Croatia: Prediction and Preview

We preview the 2022 World Cup match between Morocco and Croatia, including our pre-match prediction for Group F’s opening game.

Play the Opta Challenge for Morocco vs. Croatia now for a chance to win $500

Recent history suggests the outcome of Croatia’s World Cup Group F opener against Morocco on Wednesday will give a good indication as to how far they can go at Qatar 2022.

After all, Croatia have lost their opening match in three of their five appearances at the World Cup, and on those occasions, they failed to get out of the group.

In the two exceptions, they found themselves among the last four, with Zlatko Dalić guiding Croatia all the way to the final four years ago, ultimately losing to France.

While they may have been a little ‘Jekyll and Hyde’ in nature in the past, there is undoubtedly an underlying feeling of confidence ahead of the matchday one encounter with Morocco at Al Bayt Stadium, the scene of Qatar’s 2-0 defeat to Ecuador on Sunday.

Much of the 2018 squad is no longer in the picture, but they still came through qualifying with relative ease and earlier this season topped a Nations League group also featuring Les Bleus and Denmark.

“We just need to take it game by game,” striker Marko Livaja said.

“For us, our focus needs to be on the game against Morocco, where we’ll need to give 100%, and I think we have really good chances to repeat something similar to what we did in Russia.”

Andrej Kramarić added: “We have quality and we can repeat the result from Russia, but it’s stupid to talk about it and announce it.

“It’s important that we pass the group, and then we’ll see what happens.”

However, Morocco will believe they can cause a stir after coming through their own qualification campaign in emphatic fashion.

The Atlas Lions won all six games in the second round of the CAF section, scoring 20 and conceding just once – both of which were the second best in the entire round.

They then thrashed the Democratic Republic of Congo 5-2 on aggregate in the third and final stage of qualifying, making them the only team to progress with a winning margin of more than one goal.

Their record at the World Cup is not spectacular, having only ever got out of their group once (1986) in five previous qualifications.

But this will be their second successive appearance at the tournament, a feat they have only accomplished once before, and head coach Walid Regragui clearly has talent at his disposal.

Arguably chief among them is Hakim Ziyech, who provided a reminder of what he is capable of with an outrageous goal from inside his own half in a 3-0 pre-tournament friendly win over Georgia last week.

The Chelsea midfielder, back in the fold after falling out with the previous coach, will be a key leader on the pitch and rallied the troops ahead of the tussle with Croatia.

“We know what we have to do to make everyone proud,” he told Morocco’s official YouTube channel. “I think for everybody it’s a big stage now to show what we are capable of as a team and as a country.

“We are preparing properly. I think we were up to it against Georgia. We feel good, there is a good feeling within the team.”

While much of the focus will be on talents such as Ziyech and Achraf Hakimi, Youssef En-Nesyri will have a lot of the goalscoring burden on his shoulders. Whether he can cope with that pressure is another matter.

The striker did net against Georgia last week, but generally, the Sevilla player has been out of form for 18 months. He has not been helped by injuries, but he has also been wasteful, with his four non-penalty goals in 33 La Liga games since the start of last season being significantly under his 7.2 non-penalty expected goals (xG) return.

He does have World Cup experience, though, and he will be aiming to become the first Moroccan player to score at two different editions after netting four years ago in Russia.

Dalić has routinely spoken about how Croatia will focus everything on making the most of their strength: the midfield.

Brozović has established himself as one of Europe’s best deep-lying playmakers over the past four years, and his work allows Luka Modric to push up slightly higher.

Although he has missed a chunk of the season with Inter through injury, Brozović is averaging the third-most successful passes (60.1) and fourth-most interceptions (1.7) per 90 minutes among Serie A midfielders this term (minimum 350 minutes played), highlighting what he can offer on and off the ball.

While Morocco certainly have players capable of troubling Croatia, the latter are unsurprisingly clear favourites for this clash.

According to our supercomputer, Dalić’s side have a 47.8% chance of starting their campaign with a win, despite their patchy past record in World Cup openers.

A draw is rated at 27.4%, putting the likelihood of a Morocco win at a marginally lower 24.8%. Nevertheless, it does suggest the Atlas Lions have a credible chance of at least getting a result.