Mexico vs. Poland: Prediction and Preview | The Analyst 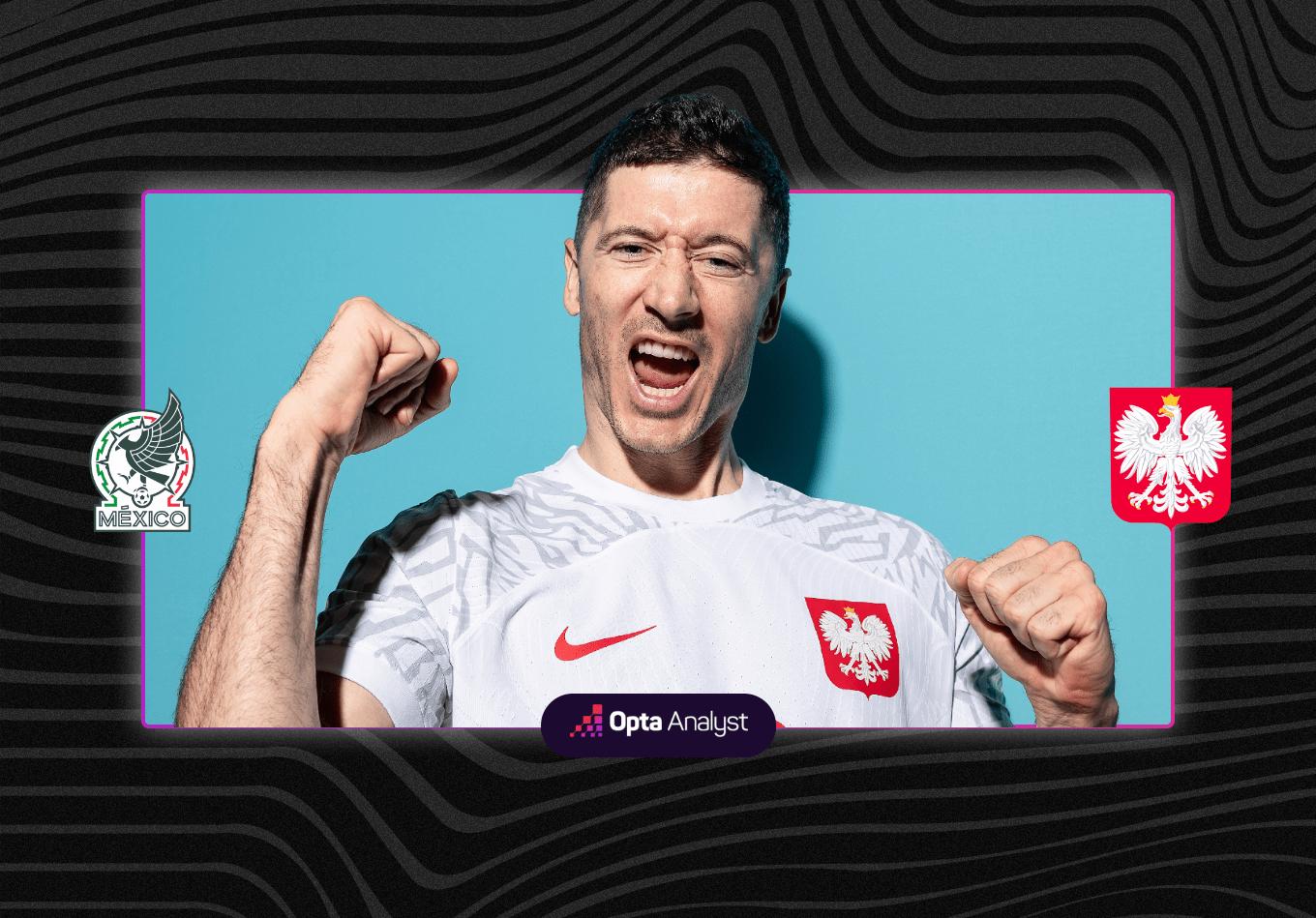 Mexico vs. Poland: Prediction and Preview

We preview the 2022 World Cup match between Mexico and Poland including our pre-match prediction for each team’s opening game in Group C.

Predict the answers to three questions on Mexico vs. Poland for a chance to win $500

Robert Lewandowski is dreaming of scoring at a World Cup for the first time in a stark warning to Poland’s opening Group C opponents Mexico.

The prolific striker played a huge part in Poland’s qualifying campaign with nine goals and four assists, with those 13 direct-goal involvements twice as many as any team-mate.

However, he failed to find the net in 270 minutes of play in his only previous World Cup appearance in Russia four years ago, with Poland finishing bottom of their group.

But after scoring 211 goals at club level since that tournament – 42 more than next-best Kylian Mbappe – the Barcelona star is eager to put that right in Qatar.

“I think about the last World Cup for sure,” he said. “To score at a World Cup would be a huge dream and I’m going to do everything for this dream.

“I hope in this World Cup it will happen. I am glad for everything I have achieved and these memories for the World Cup, so now is the time to enjoy.”

Poland’s early exit in Russia was nothing new. They have qualified for three of the past five editions but have failed to make it past the group stage since 1986.

That is in stark contrast to first opponents Mexico, who have progressed from their first-round group in each of their past eight finals appearances, last failing to do so in 1978.

Mexico have won their opening match in five of their past six World Cup tournaments, though their run of advancing is under threat in a group that also includes Argentina and Saudi Arabia.

Head coach Gerardo Martino is under pressure due to some underwhelming results and performances this year, so much so he has labelled himself “public enemy number one”.

“I see people happy a colleague loses or does poorly at work,” he added in a fiery news conference in September. “I notice an environment that feels comfortable with this.

“The great concern is what impact this has on the group of players. Every time they have to go out to defend the coach, and in itself it is difficult to be a player.”

Mexico’s warm-up friendlies culminated in a 2-1 loss to Sweden, with that their third loss in five matches, while Poland have won back-to-back matches without conceding.

No team kept more clean sheets during the third round of CONCACAF qualifying than Mexico (eight), but putting the ball in the net has proved to be more of a problem.

With Raul Jimenez struggling for fitness, having played just three Premier League games for Wolves all season, there is even more onus on Lozano up top.

The Napoli forward is enjoying a good season at club level and already has proven World Cup pedigree, having made a name for himself with his strike against Germany in 2018.

It required more than just Lewandowski’s goals alone for Poland to qualify, but there is no denying they need their star performer to be on top form if they are to make an impact.

Lewandowski has made a good start at new club Barcelona, with his 18 goals bettered only by Erling Haaland (23) and Kylian Mbappe (19) across Europe’s top five leagues.

Worryingly for Poland, though, their most recent open-play goal at the World Cup came 20 years ago, with each of the past five coming via set-pieces.

This match at Stadium 974 could go a long way to determining which side joins many people’s favourites Argentina in the last 16.

Mexico are ranked 13 places higher than Mexico in the latest FIFA rankings, though our supercomputer prediction model can barely separate the sides.