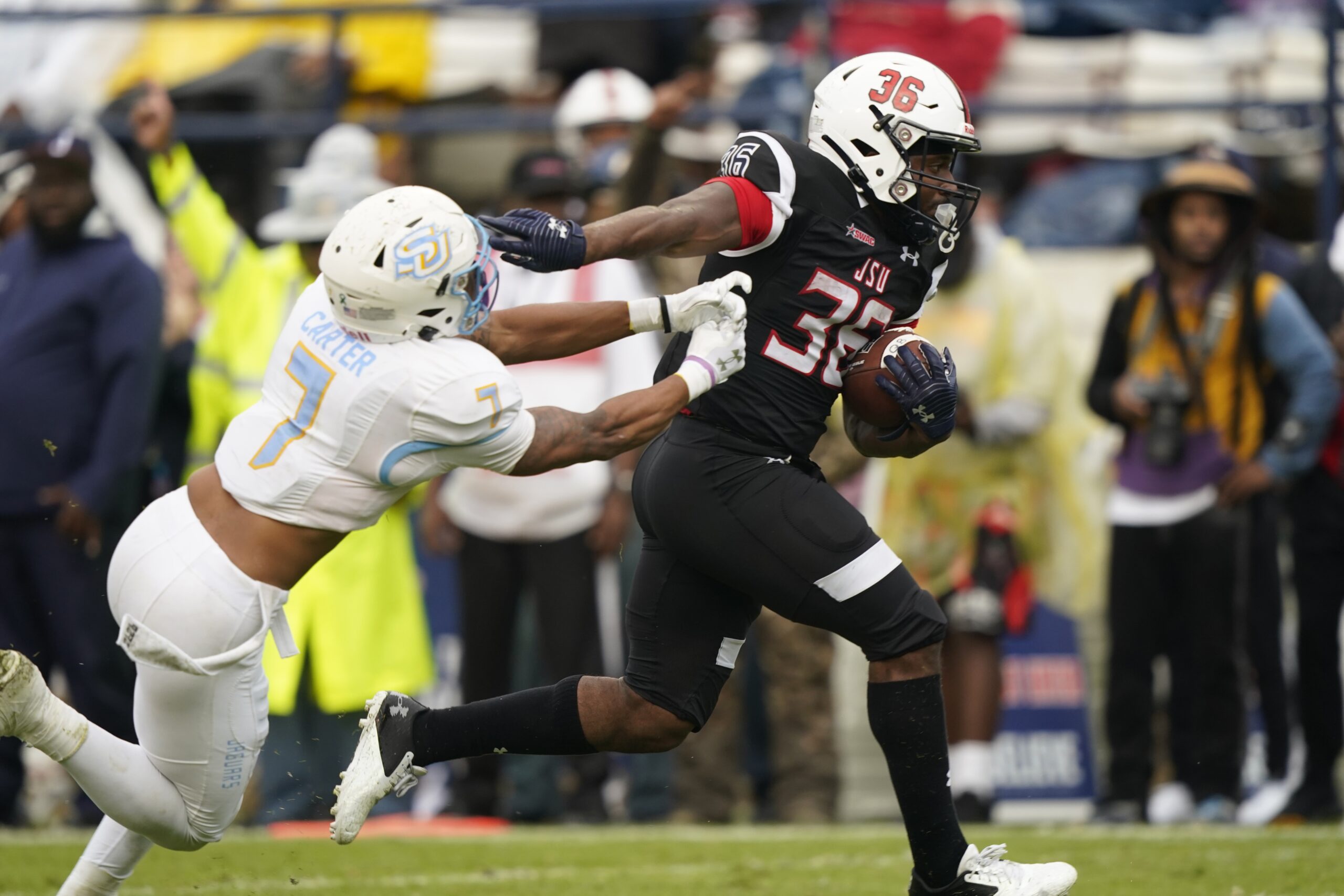 Jackson State Should Think FBS Next Year, But Not in the Way You’re Thinking

Jackson State has been busy changing the narrative during the Deion Sanders coaching era, even becoming the biggest story in FCS college football this season.

Last fall, the Tigers won the SWAC championship for the first time since 2013. This season, not only are they hosting the conference championship game again, but the FCS’ No. 10-ranked team is a heavy favorite to go unbeaten in Sanders’ third campaign and also claim the Celebration Bowl, which eluded the Tigers in a loss to South Carolina State last December.

Amid the grand success, however, is a nonconference schedule that has lacked top-notch opponents. None of the Tigers’ three regular-season opponents in 2021 finished with a winning record and none will this season as well. Their overall strength of schedule was 104 out of 128 FCS programs last season and it’s 114 out of 130 this season, according to Massey Ratings tracking.

While Jackson State’s turnaround under Sanders, or Coach Prime to most people, has been extraordinary both on and off the field – he continually raises the profile of HBCU programs – the narrative has exceeded the Tigers’ non-conference schedule.

However, there’s a way for Jackson State to change that next year.

The Tigers’ non-SWAC games on their 2023 schedule include a rematch with South Carolina State in the always anticipated MEAC-SWAC Challenge and a visit to FBS program Texas State. There’s also a game against Tennessee State, but in the week surrounding their matchup two months ago, Sanders said the Tigers will be pulling out of next year’s scheduled Southern Heritage Classic in Memphis, Tennessee, presumably to add a home game at Mississippi Veterans Memorial Stadium, where they continue to set school and FCS attendance records.

If Jackson State pulls out of the TSU matchup, the opportunity to add a second FBS game is too enticing to ignore.

No SWAC team has beaten an FBS opponent since 1985, when Grambling State topped Oregon State, so the Tigers should pursue a second matchup against the upper tier of Division I. Surely, their program wants to end the SWAC drought and not have Florida A&M, Alcorn State or another school achieve that distinction.

If Sanders, who’s considered an FBS coaching candidate, and the team’s nucleus remain in Jackson next year, the Tigers may even be favored before the Texas State game. Adding a second FBS opponent would double their chance for another spotlight, which also would be big for the SWAC.

Instead of receiving a financial guarantee to play at an FBS school, Jackson State could reverse it and make an offer that a smaller FBS program can’t refuse, either visit Jackson for a game or, at the least, play at a larger stadium in a neutral city. The financial investment of the FCS program offering the guarantee could have long-range benefits for JSU, including Sanders’ desire to take the program to the FBS level.

Two FBS programs have played at FCS opponents in the last 10 years – Army visited Yale in a scheduled game in 2014 and Coastal Carolina played at Campbell in 2018 as a result of Hurricane Florence. Earlier this season, Montana State and Oregon State met in somewhat neutral Portland.

This year’s Jackson State team is stronger than last year’s, and next year’s under Sanders could very well be even stronger. A tougher non-conference schedule that has two FBS games – and likely two winnable FBS games – could help end an issue that nags the program as well as the SWAC.