The Desmond Bane Experiment: Is the Grizzlies’ Third-Year Guard An All-Star in the Making? | The Analyst 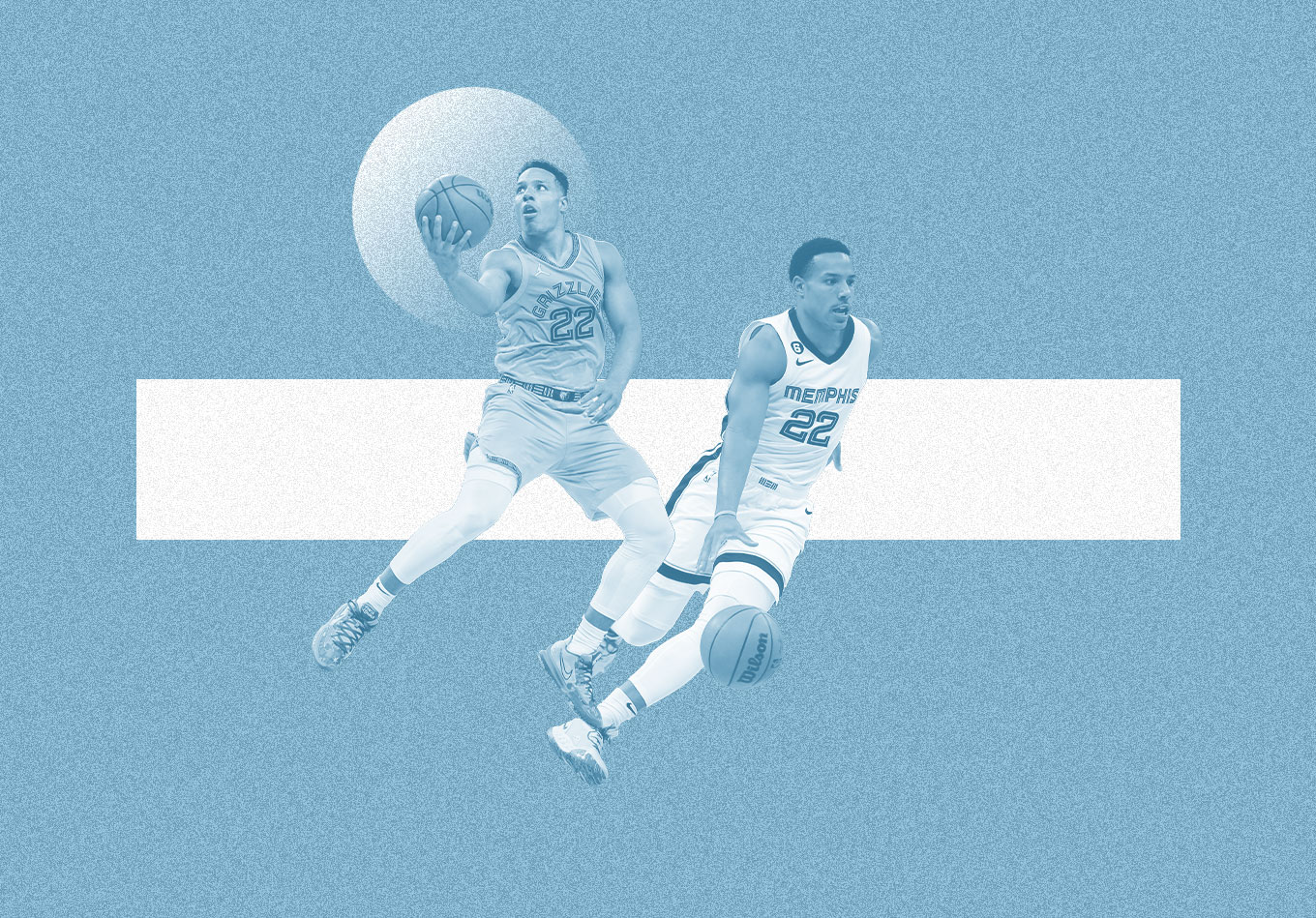 “States are the laboratories of democracies.”

Supreme Court Justice Louis Brandeis used this analogy in an opinion for a case decided by the Court in 1932 to explain how state and local governments exist as platforms for experimentation of the democratic system.

In the NBA, an argument can be made that the regular season offers a similar medium for teams to test out new styles and roles for their personnel.

This year, the Memphis Grizzlies are using their personalized laboratory to tinker with third-year cornerstone Desmond Bane’s on-ball offensive load.

How are they executing this experiment? Why is it necessary? And what does it mean for this Grizzlies team moving forward?

Who Bane Has Been Thus Far

Through two-plus seasons, the late first-round draft pick has left naysayers eating their words, carving out a highly impactful role for himself as an automatic marksman.

As it stands, he’s fifth all time, that’s right, fifth all-time in career 3-point percentage (43.7%). His reputation from behind the arc is so prolific that teams regularly attempt hard closeouts (otherwise known as “fly-by contests”) in order to run him off the 3-point line. However, Bane has developed an effective counter to this tactic with his patented sidestep 3-pointer (first clip in the montage below).

He’s now reached a level of proficiency where teams regularly send two defenders in his direction on dribble handoff actions like he’s the Southeastern equivalent of Stephen Curry.

This exterior gravity enables his partner in this sequence to slip the screen for an easy finish at the rim (second clip in the above montage).

To augment his already potent off-ball skill set, the Grizzlies have attempted to feature Bane in a more on-ball role.

Last season, Bane was featured as the pick-and-roll ball handler in only 2.4 possessions per game (per NBA.com). This season, that number has nearly doubled to 4.3 possessions.

Bane is using the increase in ball screens to help him flow into pull-up jumpers, which he’s draining at a 49.3% clip (a nearly identical mark to Kevin Durant).

Being able to take and make these pull-up shots at such a high rate is important because it removes the dependency component from Bane’s offense.

Before, in order to weaponize his shooting splendor, the Grizzlies first had to create an advantage that forced the defense into a rotation that Bane could exploit. Now, all he needs is an adequate ball screen to give him enough separation to fully harness his powers.

Along with his scarce pick-and-roll repetitions, Bane seldomly drove the ball last year. His 5.3 attempts per game were tied for fourth on the team, despite him being second in minutes.

He’s always touted an Adonis frame, which in theory would make him the perfect candidate to battle in the paint, but he’s been hesitant to do so because of his weaker handle and shorter wingspan (a large reason he fell as much as he did).

So far, this trial run has been a different story. He’s trusting his handle in traffic more now, using his strength to shield the ball from his defender, and charging the court in transition like a running back surging through the open field (analysts covering the team have likened him to Tennessee Titans running back Derrick Henry).

Why Did This Need to Happen?

We alluded to this earlier, but the previous iteration of Bane was reliant on Morant’s ability to penetrate, collapse defenses, and spray the ball out to him so he could attack in two dribbles or less.

This strategy worked fine last spring in their first-round matchup against the Minnesota Timberwolves because Coach Chris Finch resolved to blitz all pick-and-rolls involving Morant as the ball handler. This tactical decision created an automatic 4-on-3 advantage that Bane could easily capitalize on.

However, these chances quickly vanished when Memphis was matched up against a stronger defensive opponent in the second round. Instead of conceding the 4-on-3 advantage, the Golden State Warriors went under Morant’s screens, daring him to beat them from the perimeter.

The Warriors’ ability to contain Morant put the onus on Bane to create looks for himself off the dribble, which he struggled at mightily, averaging 7.0 points on 38.2% true shooting through the first two games of the series (although, it’s worth noting he was nursing a back injury).

Bane ultimately bounced back and finished the series rather strongly (despite Morant missing the final three games due to injury), foreshadowing the hot start he’s had this season.

Ten games into his new position as the second in command of the offense, Bane is averaging a points/rebounds/assists slash line of 24.0/5.0/4.6 on a bonkers 61.8 true shooting percentage (4.8 better than league average) and a 2.2 DRIP (second on the team).

The Grizzlies have been dealing with injuries to two-way ace Jaren Jackson Jr. and promising young forward Zaire Williams, so Bane’s volume outputs are likely to decrease to some extent. But their short-handedness only adds further merit to his incredible efficiency and suggests that his enhanced burden within the offense should continue.

At the very least, Bane and the Grizzlies have recalibrated his game enough that his playoff production is no longer at the mercy of the defensive coverages their adversaries trot out against them.

And if this trend continues, not only will operation “Turn Bane into an Offensive No. 2” be deemed a success, but an All-Star nomination is sure to follow.