Is It Time for the Playoff-Hopeful Jets to Move on From Zach Wilson? | The Analyst 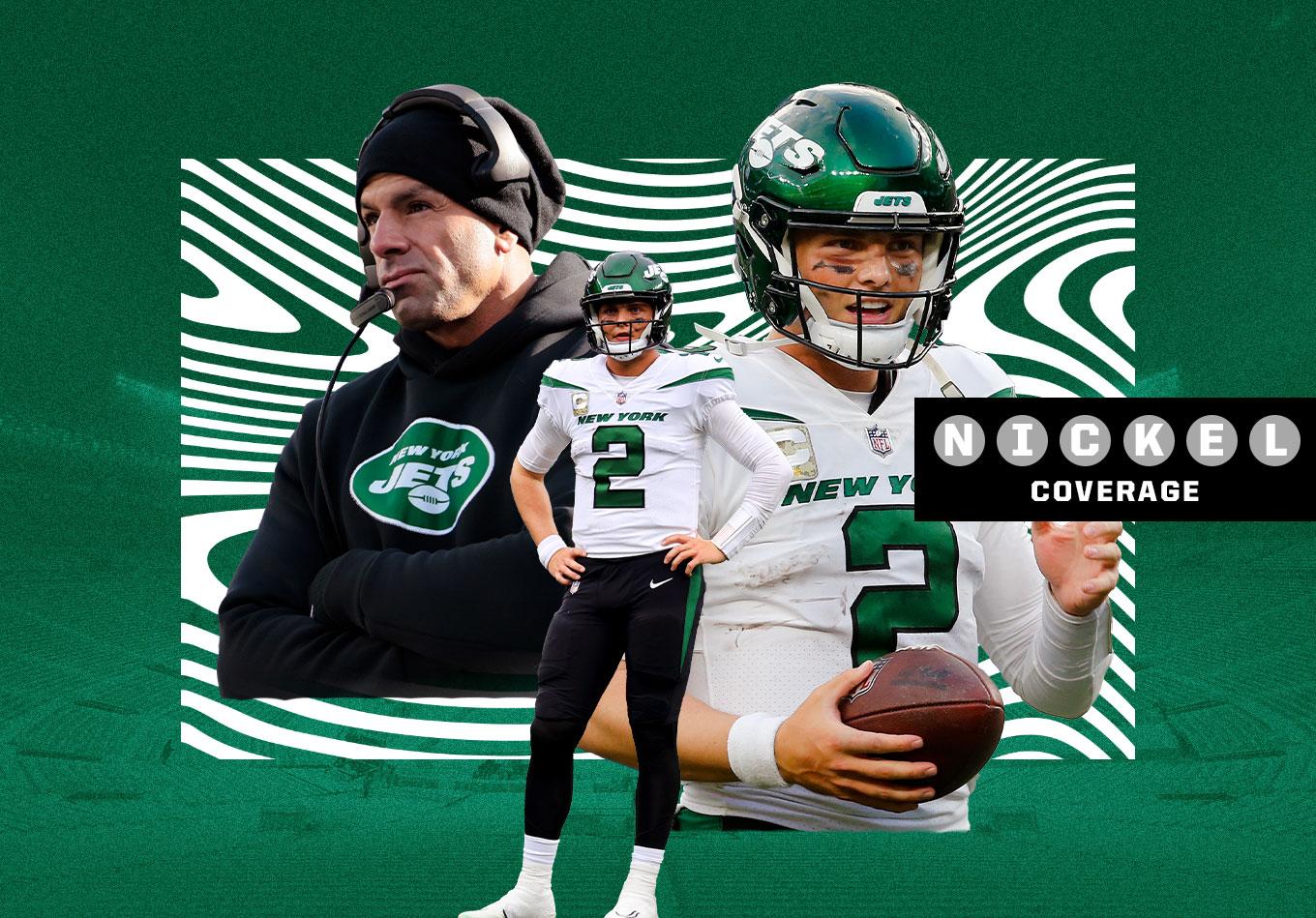 When asked to evaluate the offensive performance in the second half against the New England Patriots, New York Jets coach Robert Saleh was succinct.

It is an assessment that was as accurate as it was curt, having come after the Jets managed just two yards of offense in the final two quarters of their 10-3 loss in Foxborough.

The defeat came in heartbreaking fashion as Patriots rookie Marcus Jones returned a punt 84 yards in the dying seconds for the game’s only touchdown to drop the Jets to the bottom of the AFC East at 6-4. Had they prevailed, New York would have been top at 7-3.

From an offensive standpoint, it was a fitting end to a game in which the Jets averaged a meager 2.1 yards per play.

Yet, in the sense that quarterback Zach Wilson did not hand the Patriots game with a string of backbreaking interceptions as he did three weeks prior, this game arguably represented an improvement for the quarterback.

But for a player the Jets drafted second overall in 2021, choosing between curbing his freelancing with no offensive production or allowing him to create at the risk of disastrous turnovers is a dreadful position to be in, and it begs the question of whether it is time for New York to already be thinking about moving on.

For as anemic as the offense was in Week 11, the case could be made that this was one of Wilson’s cleaner games as he threw only one pickable pass.

But that it is even possible to make such a suggestion speaks to how low Wilson’s floor is. At his worst, he’s a quarterback who struggles significantly with accuracy and is prone to head-scratching throws that often result in gift-wrapped turnovers for the defense.

While he had only one such turnover-worthy throw on Sunday, which Patriots safety Devin McCourty inexplicably dropped, Wilson was painfully inaccurate when attacking New England’s pass defense. His well-thrown rate, which measures the number of accurate, well-thrown balls delivered by a quarterback, was just 60.0% – the worst among all signal-callers with at least 10 pass attempts in Week 11 as of Monday.

And the evidence indicates his relatively careful performance in New England was an aberration, with his tendency for off-target throws in keeping with what he has produced in his second season as a pro.

However, one could argue that the blame should not be entirely on Wilson, who has struggled while playing behind a banged-up offensive line.

The Jets can count Mekhi Becton, George Fant and Alijah Vera-Tucker among their offensive linemen on the sidelines, robbing them of two starting tackles and a guard.

And while their pressure rate allowed of 42.3% is well above the league average of 38.7%, Wilson is one of the worst quarterbacks in the NFL under pressure. So he and the Jets cannot pin all of his woes on the pass protection.

Among quarterbacks with at least 50 throws under pressure, Wilson is last in the NFL with a well-thrown rate of 54.0% and a pickable pass percentage of 18.0.

Wilson has only thrown two pickable passes when not pressured, but Carson Wentz is the sole quarterback with at least 100 such attempts with a worse well-thrown rate when kept clean than Wilson’s 77.5%.

In other words, while Wilson is a better quarterback when not pressured, he’s still among the least accurate passers in the league even when the offensive line does its job.

Wilson has not been supported by an overly efficient run game. The Jets’ run success rate of 30.1% is the second worst in the league, yet their average gain on the ground of 4.4 yards is in line with the NFL average.

The Jets have won just one game since sensational rookie running back Breece Hall suffered a season-ending injury, but their efforts on the ground in his absence have not been bad enough to justify Wilson’s evident lack of Year-2 growth, which is wasting an excellent season from the defense.

Saleh’s defense ranks ninth in the NFL with a success rate allowed of 37.1% and has excelled against the run and the pass without having to commit significant resources to defending either. We deem a successful play as one that gains 50% of the yards to gain on first down, 70% on second down or 100% on third or fourth down.

The Jets are allowing an average of 4.0 yards per play on the ground (the average is 4.4), while only playing with a heavy box on 36.5% of defensive snaps. Similarly, they have the fourth-highest pressure rate (43.2%) in the NFL, but the lowest blitz rate (15.6%).

New York’s defense is containing the ground game without having to bring defenders down from the secondary to do so and gets consistent pressure on quarterbacks while only sending four defensive linemen as pass rushers.

In essence, the Jets possess a defense ideally suited to stopping modern-day offenses, one that should be spearheading their playoff challenge. Instead, the defense and the Jets as a whole are being limited by a quarterback whom they drafted to elevate the offense.

The Jets’ victories this season have often come in spite of Wilson, who will enter the third year of his rookie deal next season. That would normally be the time for a team to consider starting discussions with their young quarterback about a contract extension, but Wilson has given the Jets no reason to be motivated to enter such conversations.

Unless Wilson turns things around down the stretch and ensures the Jets’ season is one reflective of the plethora of talent they possess across the rest of the roster, the internal discussions around the man they picked to be the face of the franchise will likely be focused on how they replace him.