Highest Scoring Teams in a Champions League Season | The Analyst 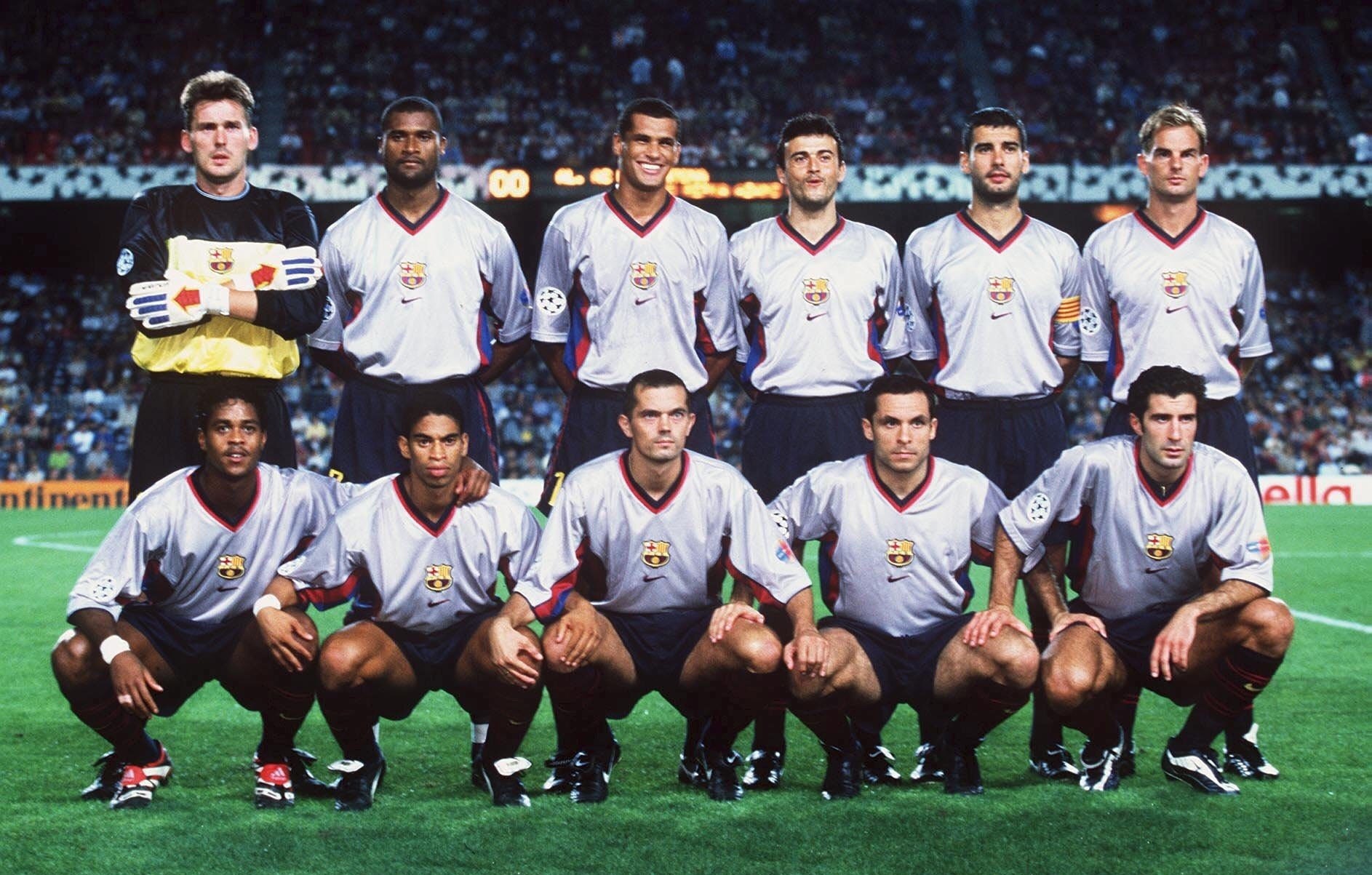 Which Teams Have Scored the Most Goals in a UCL Season?

Barcelona hold the record for the most goals scored in a single UCL season, with 45 in the 1999-00 campaign. Helped by the fact that the format that season saw more games played (they played in 16 of a possible 17 matches), their tally has not been replicated before or since.

Barca were knocked out in the semi-finals by Valencia, and they saw 13 different players score for them in 1999-00 (excluding own goals) – only Real Madrid in 2001-02 (14) and Borussia Dortmund in 2016-17 (15) have seen their UCL goals come via a wider spread of players across a single season. Rivaldo was their top scorer this season with 10 goals – finishing joint-top of the goal rankings in 1999-00 alongside Real Madrid legend Raúl and Mário Jardel of FC Porto.

Unsurprising maybe, given the number of games they played, but Barcelona’s games this season witnessed 68 goals overall – the most of any club in a Champions League season. They conceded 23 goals themselves, which is the seventh highest tally of any team in a single UCL season.

Bayern Munich scored 41 goals on the way to lifting their first UEFA Champions League trophy in seven years, back in 2019-20. In a Covid-disrupted season, their 1-0 final win over PSG was both the first to be played behind closed doors and the latest to be played in any season (23 August).

Because of the Covid-19 pandemic, the competition this season was restructured, and it meant that Bayern only played 11 games. Their average goals per game of 3.91 is the most seen by a side in any complete UCL season – had they played the now-standard 13 games that season on the way to their title, they’d have undoubtedly broken the outright goal record in the UCL.

Real Madrid sealed another UEFA Champions League crown in 2013-14, beating Atlético Madrid 4-1 in the final after extra-time. Not only were they the first team to score four times in a UCL final since Milan in 1993-94, but they also ended the season with 41 goals – only two teams have netted more in a single Champions League campaign.

Over half (21) of their goals this season came in the knockout stages – more than they scored in the group stage (20). 17 of their goals (41%) were scored by Cristiano Ronaldo, who broke the single-season UCL scoring record – their next best scorer (Gareth Bale) only posted six goals, which was 11 fewer than the Portuguese.

Liverpool scored 41 goals on the way to reaching the Champions League final in 2017-18.

14 of their goals came in just two of their group stage matches, as they beat Maribor 7-0 away from home before replicating the scoreline at Anfield less than two months later in the rout of Spartak Moscow. Both feature in the biggest wins in UCL history. Overall, only two teams have scored more goals in a single group stage – PSG in 2017-18 (25) and Bayern Munich in 2019-20 (24).

Liverpool have only seen three players reach double figures for goals in a single UCL season and all three came in this campaign. The lethal front three of Mohamed Salah, Roberto Firmino and Sadio Mané all grabbed 10 goals, but it wouldn’t help Liverpool to the title – they eventually lost in the final to Real Madrid, 3-1 in Kyiv.

Real Madrid won the 2016-17 Champions League with a 4-1 victory in the final over Juventus. It was Ronaldo who was the hero, both in the final (with two goals) and overall that season, with a competition-high 12 goals for the Spanish club.

Teams to have scored 35 Goals in a UCL Season

Who is the Highest Scoring Team in a UCL Group Stage?

Paris Saint-Germain scored 25 group stage goals in the 2017-18 UEFA Champions League, which remains a record tally in a UCL group stage. Nearly half (12) of these goals came against Celtic, who they beat 5-0 away and 7-1 at home. Neymar scored in all but one of their six group stage games, scoring six times and assisting three more, with five of these goal involvements coming against Celtic.

Their prolific goalscoring record didn’t help them in the knockout stages, however – they were sent out of the competition in the round of 16 by eventual winners Real Madrid after a 5-2 aggregate defeat.

PSG’s tally was only two more than Liverpool that season, who scored 23 in the group stage – the third highest tally behind Bayern Munich’s 24 in 2019-20.

Following Napoli’s 3-0 home win over Scottish club Rangers on MD5 this season, they find themselves with 20 goals with one group stage game remaining. This means they need to score six goals in their MD6 away trip to Liverpool to equal PSG’s UCL record group stage tally of 25 from 2017-18 – this seems highly unlikely. However, they have every chance of breaking into the top five for this category, needing only one goal to replicate Borussia Dortmund’s feat of scoring 21 in the 2016-17 groups, which is the current fifth highest group stage goal tally.