Star Fox: Has the Kings' Point Guard Finally Arrived as an All-Star? | The Analyst 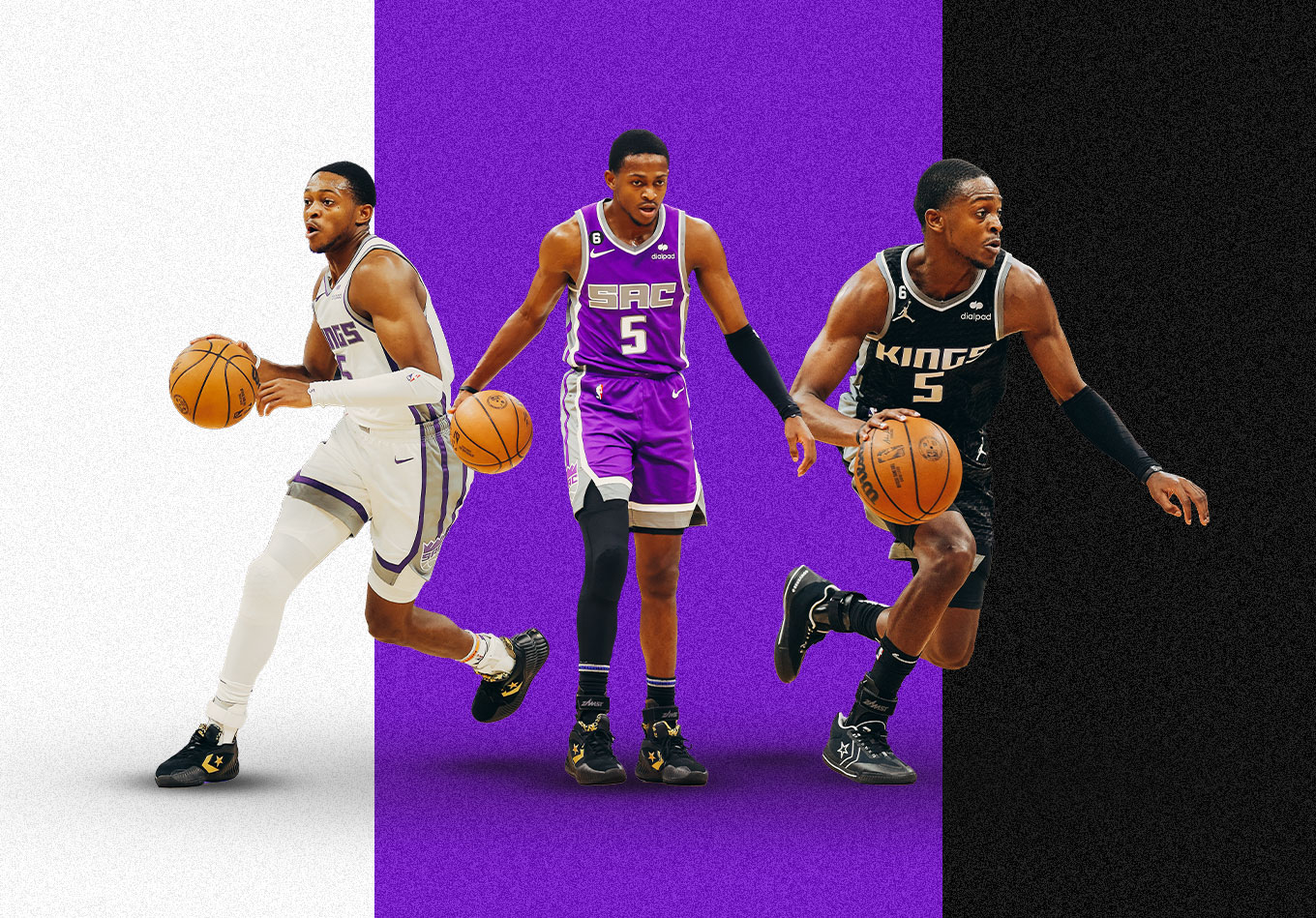 For years, De’Aaron Fox has flirted with stardom.

There have always been glimmers. His post-All-Star Break runs in 2020 and 2021. His play from mid-January through mid-March last season.

They’ve never escaped him. Yet they’ve come during the backend of the schedule, usually once All-Star teams are decided, and left him hinting at the promise of next fall when he can start anew and put it together for six straight months.

He’s never enjoyed a month scoring the ball this efficiently in his career – though, the season is only three and a half weeks old. His true shooting is 6.3 points above league average and the best mark of his six-year NBA tenure. In fact, it’s the first time Fox has ever scored at or above league average (yes, yes, it’s early). He’s drilling a career-high 60.7% of his 2-point attempts.

He’s also one of only nine players to average at least 27.0 points while shooting 50.0% overall from the field since Feb. 8 of last season.

The path to high-level efficiency has long been for Fox to crystallize as a dominant interior scorer. He’s achieving that thus far. The 24-year-old point guard will presumably experience some regression. His free-throw and long-range clips are well above his career numbers. But whenever, if ever, that hearty regression occurs, he is still equipped to continue his full-fledged arrival to stardom. To his credit, his catch-and-shoot 3-point rate is a career high. He’s letting those suckers fly a bit more this season.

What’s most encouraging about everything he’s doing is the process behind his production. He bobs and weaves his way through the traffic for short floaters, midrange pull-ups and turnaround jumpers. The speed, once the canon for his offensive success, is merely a feature. The threat is always there. He and the defense are starkly aware of its existence. Yet Fox is discretionary in its application.

Maybe he’ll deploy it for a singular step to reach where he pleases. Sometimes it hibernates for possessions, always ready but never weaponized. His probing and pacing are evident areas of development. He knows where he wants to be and how to wander there. He’ll exploit space granted to him on account of those afterburners and waltz into midrangers.

Fox is shooting 65.9% (39 of 44) between 4 and 14 feet this season. That number is due for some decline, but he’s routinely finding comfortable looks for himself with a methodical approach.

The Kings love letting him attack from the wings because it’s such a tough place for defenses to play him straight up. By sheer virtue of one’s positioning, there’s often an angle for him to discover and generate paint touches, where he’s absolutely lethal.

Handoffs or screens from Domantas Sabonis in these spots are also prominent. The shot-making ability and East-West space creation punctuate such sequences, but the marriage of scheme, talent and surrounding personnel are shining.

The profitable intermediate game has been an apt counter for his slashing and finishing prowess.

According to NBA.com, his 16.1 drives per game rank eighth league-wide and he’s converting them into points 71.1% of the time, a better output than premier drivers such as Shai Gilgeous-Alexander (63.7%), Ja Morant (69.5%) and Luka Doncic (69.8%), all of whom are among the top eight in volume. Fox is also shooting a career-best 72% at the rim, another clip that surpasses his rim connoisseur contemporaries.

He’s 22nd in the league and easily leads the Kings with a 2.8 offensive DRIP.

With Sacramento seventh in transition frequency, he’s thriving through early offense and fast-break opportunities. His change of pace, conniving handle, screen manipulation and flexibility are a confounding panel for defenses to stymie. The immediate acceleration remains top of the line and he traverses tight quarters like few others.

He covers ground with haste that defies logic.

There’s a degree of composure and confidence in his decision-making ability that hasn’t always been present. He’s firm in what he wants to do and how to accomplish it without relying on a singular standout aspect of his game.

In prior years, it seemed like he might bank on the speed or flexibility to get him somewhere before devolving into rash choices if they were countered. Now, he proceeds with every skill dancing around his head throughout the decision-making process.

He’s riding that optionality to the most impressive play of his career. The finishing and driving proficiency help illuminate that progression.

By and large, the Kings have constructed a scheme and roster to simplify his playmaking responsibilities. He’s a good facilitator, but has sometimes struggled to seamlessly weave together the scoring and passing. As a result, the bevy of shooting and heady off-ball scorers around Fox have streamlined his reads.

The talent is obvious, and when openings are easy because he can sleepwalk into advantages, release valves are aplenty. Opponents tend to key in on him, as well as the two-man game with Sabonis, so offseason additions like Keegan Murray, Malik Monk and Kevin Huerter are beneficiaries.

Fox’s gravity, particularly in the paint, where he ventures constantly, is immense.

This year, his activity level has perked up. He applies pressure at the point of attack. He’s battling through screens. His limbs are swirling and complicating passing lanes for opposing offenses. According to NBA.com, his career-high 3.4 deflections per game are tied for 12th overall.

Struggles navigating certain picks persist, and his attention to detail off the ball is still a bit of a roller coaster. He’ll grow overzealous as a steals artist and be prone to surrendering back-cuts or losing his man.

Nonetheless, he is casting a positive impact, with both motor and physical tools. Defense is much more complex than those two components, but they matter and he is utilizing them soundly.

The Kings are 4-6. Five of their losses have been by seven points or fewer. Every win has been by seven or fewer. They’ve played seven games against teams who qualified for the play-in or better last season. This is a competitive squad. Finishing among the Western Conference’s top 10 is an arduous, but attainable, task, one they’re determined to complete.

If they do, Fox turning these intermittent, lengthy flashes of stardom into the baseline expectation will sit near the forefront of those efforts. Through three weeks, he looks entirely primed to do so.