Tatum Takeover: Has Boston's Favorite Son Become a Top-Five Player in the World? | The Analyst 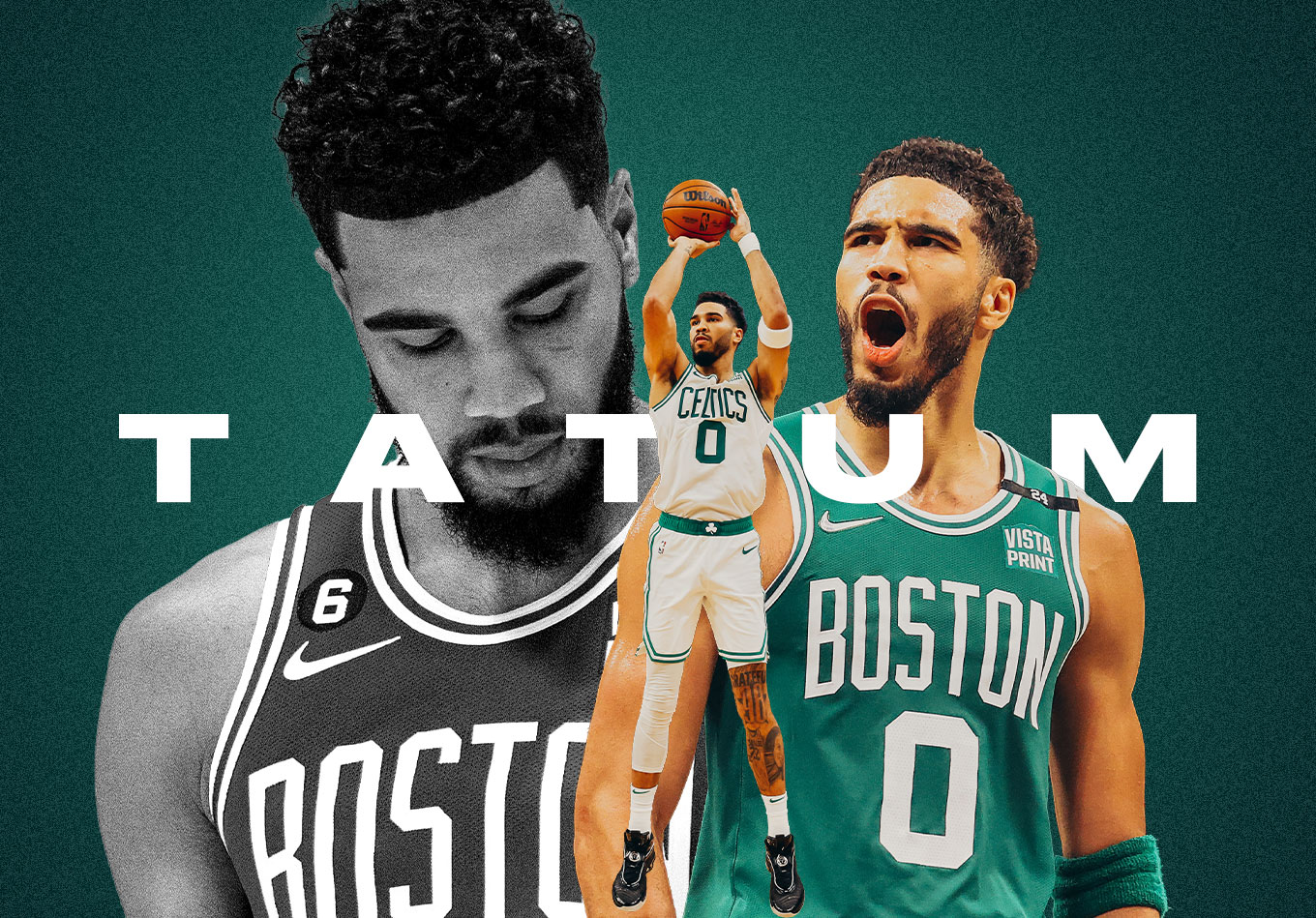 During the last NBA Finals, the league did what it always does – tried to promote each team’s best player as a top-five player in the world.

In one corner, that depiction checks out. Two-time MVP Stephen Curry is not only a top-five player in the world today, but one of the best in league history.

However, young Jayson Tatum wasn’t quite ready to dawn the mantle, and it showed in his string of lackluster performances to close out the series.

But that was last year. He’s calmer now, more sure of himself. He’s returned with a few new tricks he picked up from his idol. And he’s contributing at a high level on both sides of the ball.

As Efficient as Ever

After securing a Finals berth on the backs of their elite defense, the Boston Celtics have sprinted to an 11-3 start this year thanks to their high-octane offense. They are No. 1 in the league in that area, currently boasting the highest offensive rating (117.3) in NBA history.

Their 61.4 true shooting percentage is also the highest of any team over the past 70 years, and it’s no coincidence that Tatum is also posting the highest mark of his career.

After never scoring over 59.0% in the measurement, Tatum is now at 64.1% true shooting, which is seven points above league average (placing him in the 86th percentile in scoring efficiency). And while it’s still early, that level of efficiency feels sustainable. He’s not converting from downtown at an ungodly rate. His 36.8% from 3 is right around his career average of 38.2%.

Instead, he’s vastly improved as a finisher around the rim.

The keys to his maturation in this area are his improved patience and decisiveness.

Like a standup comedian working the crowd, Tatum carefully analyzes his terrain and waits for the perfect moment to deliver a captivating punchline (the patience component). Once he senses said opportunity, he wastes no time springing into action, strutting his way into the paint with the confidence of a European soccer star (the decisiveness component).

Tatum is also getting to the line at a higher rate than ever, averaging 11.7 free-throw attempts per 100 possessions – over three attempts more than his previous career high.

Some of that has to do with his full-blown ascent into superstardom. But some of this is also attributable to his improved ability to draw fouls while deployed in the triple-threat position out on the perimeter.

You’ll notice that sprinkled into the above video montage are examples of the late legend Kobe Bryant executing the same grifting mechanisms Tatum has become synonymous with this year.

And it makes sense that Tatum inherited these tactics from Bryant, considering he has made it well known of his intentions to follow in the Mamba’s footsteps.

More Than a Walking Bucket

Unlike fellow All-NBA contemporaries like Luka Dončić, Trae Young, Ja Morant and DeMar DeRozan, Tatum is a high-end contributor on the defensive end too.

Budding star Shai Gilgeous-Alexander rocked the Celtics (who have gotten off to a slow defensive start overall) for 37 points on 26 shot attempts. But during the 10.3 partial possessions he was matched up with Tatum, the Canadian phenom was relegated to 0-for-3 shooting from the floor (per NBA.com).

Here is how those three field goal attempts looked:

Tatum uses his supreme length to swallow his adversaries whole and his quickness to mirror their movements stride for stride.

Even more important than his on-ball defense is his defensive playmaking. NBA players today are so talented that, even if you play perfect defense, they likely still might drain a jumper in your face. However, if you can create a turnover, block, or deflection, you remove any chance of this unfortunate event occurring entirely.

And thanks to his aforementioned length, timing and athleticism, Tatum can manufacture these events in bunches:

This year, Tatum is averaging 4.2 “Stock-flections” (steals + blocks + deflections) per 36 minutes. By comparison, DeRozan is averaging 3.9 and Young is at 2.4.

And Tatum is also third in the league in blocked shots per game (1.43) among players 6-foot-8 or shorter, behind only Bismack Biyombo (1.73) and the previously mentioned Gilgeous-Alexander (1.46).

The archetype we’ve laid out is that of a hyper-efficiency scoring forward who also provides significant value on the defensive side of the ball (and can also generate scoring chances for others, but that’s outside the scope of this discussion).

In past years, players like LeBron James, Kevin Durant, and Kawhi Leonard have all won MVP awards/earned MVP votes while satisfying the criteria for said player template. This bodes well for Tatum.

When you look at DRIP – a one-number metric that projects a player’s contributions to the team’s plus-minus per 100 possessions – you see a similar trend taking place.

Among players who have logged at least 100 minutes this year, Tatum ranks fifth overall in DRIP. And while this stat doesn’t perfectly encapsulate the league hierarchy (no singular metric can), it does reinforce the sentiment that Tatum sits firmly among the league’s upper echelon.

If his elite standing holds, he’ll surely merit MVP consideration of his own come season’s end.

And if his Celtics repeat as Eastern Conference champions, the league’s billing of Tatum as a top-five player may just be proper this go around.