France vs. Denmark: Prediction and Preview | The Analyst 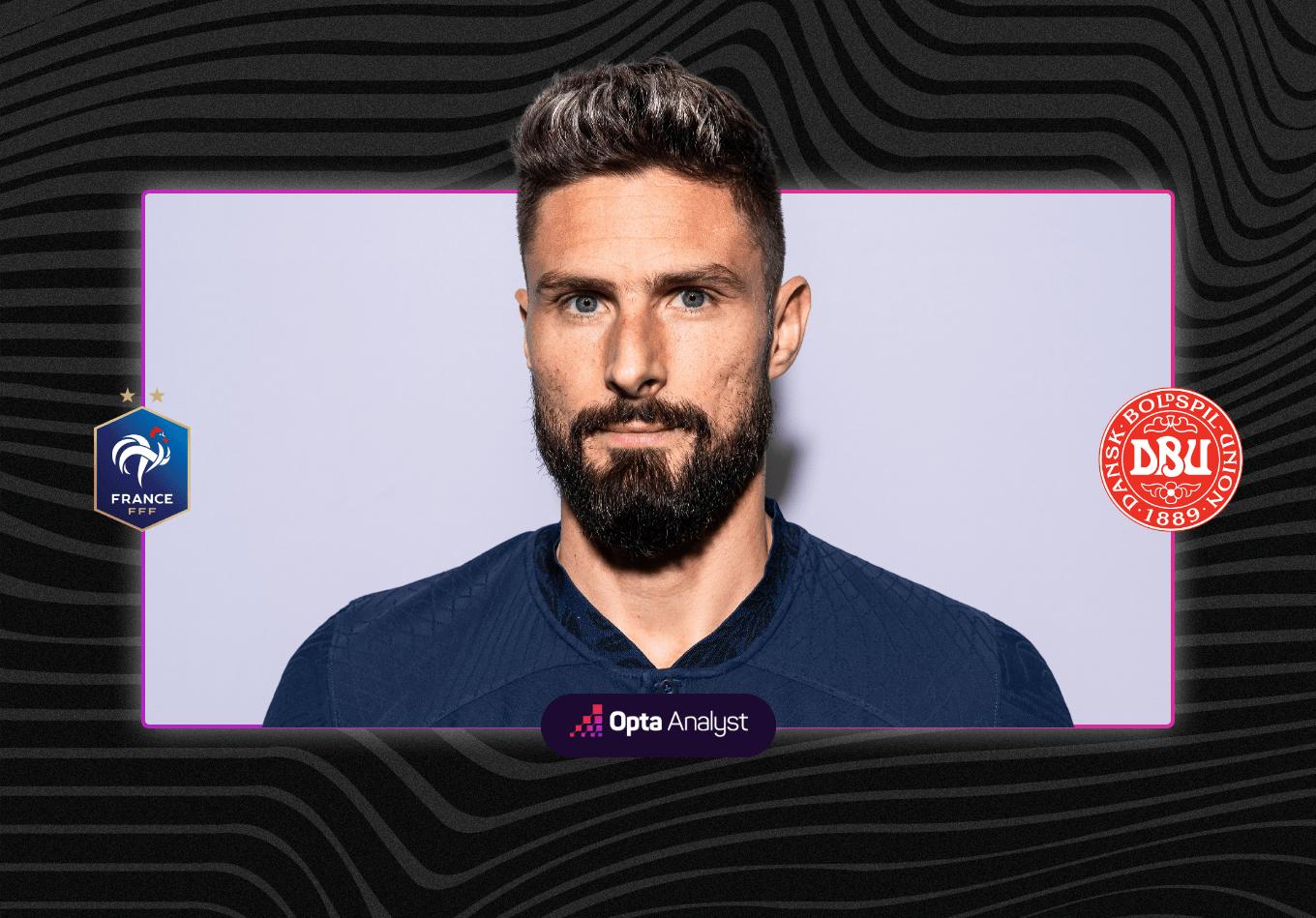 France vs. Denmark: Prediction and Preview

We preview the 2022 World Cup match between France vs. Denmark, including our pre-match prediction for each team’s second game in Group D.

Denmark defender Andreas Christensen is not afraid of going up against world champions France, despite Les Bleus’ plethora of attacking talent.

France were dealt several injury blows before arriving in Qatar, with N’Golo Kante, Paul Pogba and then Christopher Nkunku all ruled out.

The biggest hit to Didier Deschamps came on the eve of the tournament, however, when Ballon d’Or winner Karim Benzema suffered a quadriceps injury.

Yet France had little bother brushing aside Australia in their Group D opener, coming from behind to win 4-1 on Tuesday. Olivier Giroud scored twice to match Thierry Henry as Les Bleus’ record goalscorer, while Kylian Mbappe, Antoine Griezmann and Ousmane Dembele all looked sharp.

As Denmark drew 0-0 with Tunisia, it means a win for France in Saturday’s match at Stadium 974 would see them through into the round of 16.

Play the Opta Challenge for France vs. Denmark now for a chance to win $500

Christensen, though, sees no reason to be afraid, even if he knows two France attackers – Barcelona club-mate Dembele and former Chelsea team-mate Giroud – particularly well.

“I don’t know if afraid would be the right word. I think we can use it,” he told reporters.

“We know the other players. We already did know quite a lot. But I think the typical French, they always believe in their abilities and with reason.

“And the same for Ollie, you can just see how many goals he scores and again means a lot for the team. I know they’re both really big characters. So yeah, they are great players and it’s going to be good to see them again.”

Thanks to their win over Australia, France became the first reigning champion to win their opening World Cup match of a tournament since Brazil in 2006.

Only four previous defending champions have won their opening two matches of a World Cup campaign.

While France have won each of their last five World Cup games (the last nation to win six in a row was Spain in 2010), Denmark have drawn their last three matches in the competition.

Giroud, hunting his record-breaking 52nd international goal, could become only the second player aged 36 or over to score in back-to-back World Cup appearances, after Tom Finney for England in 1958 (36y 64d).

France have scored four goals in both of their last two World Cup games, the 2018 final against Croatia and this year against Australia, so Giroud should have plenty of service, though Denmark have kept a clean sheet in three of their last five World Cup games, just one fewer than they had managed in their first 16 games in the competition.

It took a while for Eriksen to get going against Tunisia, but when he clicked into gear in the second half, Denmark stepped up the pressure.

The playmaker created more chances than any other player in the game (five). Indeed, only Michael Laudrup (six against Nigeria in 1998) has ever created more opportunities in a single World Cup match for Denmark.

Denmark have won their last two meetings with France in all competitions, both in the 2022 Nations League, but Opta still make Les Bleus the favourites, with our model giving the world champions a 52.7% chance of victory.

The possibility of a Denmark triumph is 22.8%, while the draw stands at 24.5% before kick-off.