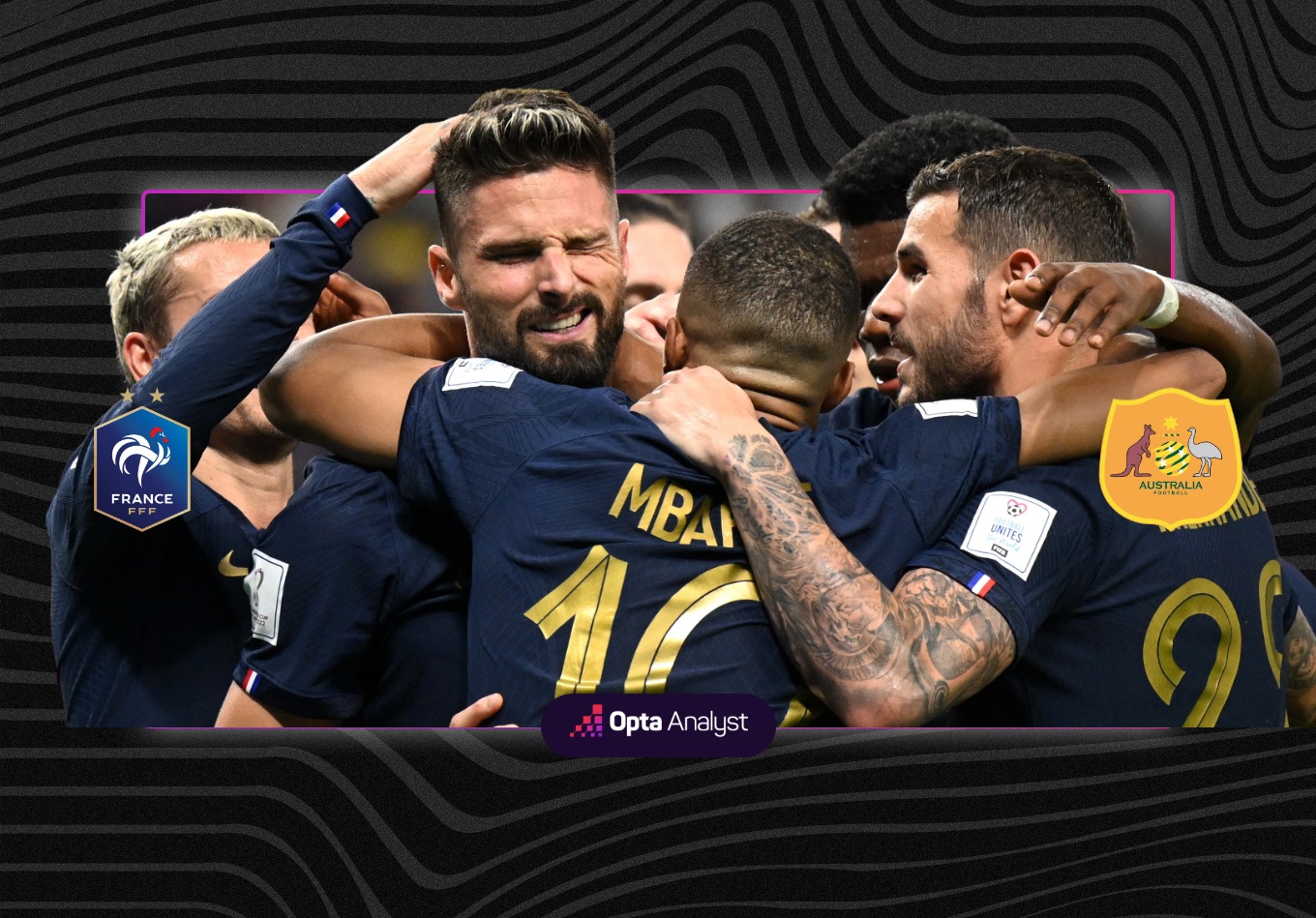 No Karim Benzema, no N’Golo Kanté, no Paul Pogba, no problem. Well, except for that whole going down a goal in the first 10 minutes. And losing another key player to injury. France have already trailed for longer in the 2022 World Cup than they did in all of their seven matches in their triumphant 2018 campaign, but as 22 November problems go, a questionable start in 4-1 win is comparatively minor.

On a day that started with Argentina losing to Saudi Arabia, the world champions also had a bit of a scare when Craig Goodwin beat Hugo Lloris high in the ninth minute. Lucas Hernández was lost to injury on the goal, and his replacement and brother Theo almost cost France a second goal with a bad giveaway just before the midway point of the first half.

Theo absolved himself minutes later with an assist to Adrien Rabiot, whose goal was his second in his last three matches for France after managing one in his first 27 appearances for his country.

Five minutes later, Rabiot assisted Olivier Giroud with his 50th goal for France with more to come. Giroud, who didn’t score in 2018 and is here as Les Bleus’ No. 9 after Benzema was dropped due to injury, drew even with Thierry Henry for the French goalscoring record at 51 in the 71st minute. Giroud finished with five shots amounting to 1.67 xG – individually more than each of the other 15 teams to play at the tournament so far (Argentina finished with 1.47 non-penalty xG earlier today). In fact, Giroud’s efforts tonight saw him hit the sixth-highest single-match non-penalty xG record in World Cup recorded history (since 1966).

It was half of France’s 2.18 first-half xG, which rose to 4.18 after 90 minutes for France’s highest single-match xG mark on record at a World Cup. Dating to 1966, it’s the third-highest xG mark at the World Cup finals behind Belgium vs. Tunisia in 2018 and Germany vs. Algeria in 2014.

For Australia, keeping such an early lead was always going to be difficult, but this is a theme a year in the making. Points dropped from winning positions were a problem for Australia in AFC qualification with four gifted to China and Oman late in the process to complicate the Socceroos’ path.

It’s even more difficult with Kylian Mbappé and Ousmane Dembélé doing their thing on the wings for the French. From Mbappé, it was a match-high 12 passes played into the box, a match-high nine crosses and a tournament-high 19 touches in the opposition box (the World Cup record for any player in 20). Australia’s team combined for seven.

Mbappé assisted Giroud’s second after scoring one for himself while causing his usual havoc up the left side. 49.2% of France’s first-half attack came up the left side (38.8% for the match), but that doesn’t mean Dembélé was quiet on the right. For him, it was a one-on-one game – and quality over quantity with it. He ended the match completing three of four take-ons. Those early take-ons afforded him some space later in the match, which led to his assist to Mbappé in the 68th minute when electing to go with a cross rather than at his defender. It was Mbappé’s fifth World Cup goal, making him the youngest French player to reach that mark at 23 years, 337 days old.

With the 0-0 final between Denmark and Tunisia earlier in Group D, France’s chances of finishing first in the group rise to 73.8%. Australia’s chances of progressing fall to 7.4.