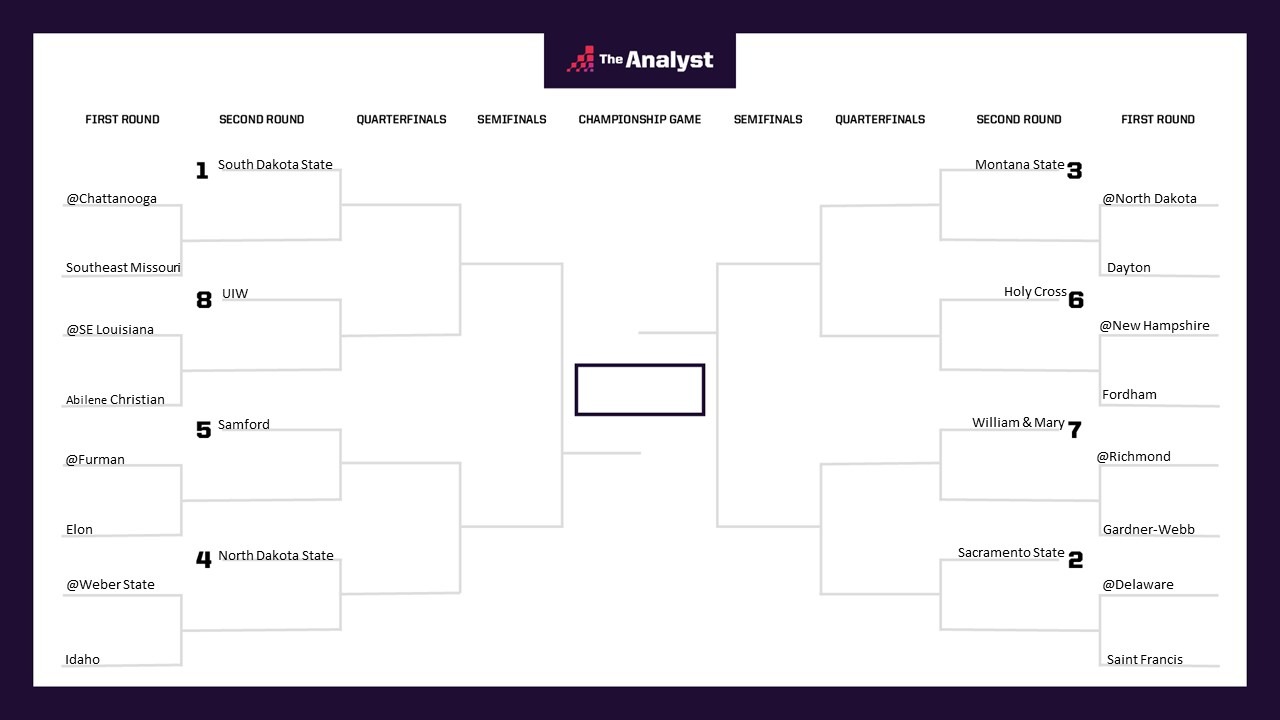 Win and you’re in – it’s always the most-riveting scenario with FCS college football games on the day before the announcement of the 24-team playoff pairings.

It’s huge again on Saturday – the final full day of the regular season.

Montana particularly fits the description for an at-large bid, and the FCS’ favorite lightning-rod program (OK, maybe that’s Jackson State these days) is playing in the week’s most visible game against Montana State, and that could have been said even before ESPN’s announcement of a “College GameDay” visit.

It’s the scenario for automatic bids in the Big South (North Carolina A&T at Gardner-Webb) and the Pioneer League (Dayton at Davidson).

Below is a projection of the 2022 FCS playoff field, mostly based on where teams stand in this week leading up to Selection Sunday, but also with a projection of some necessary scenarios.

* – Projected automatic qualifier; other teams are projected as at-large selections