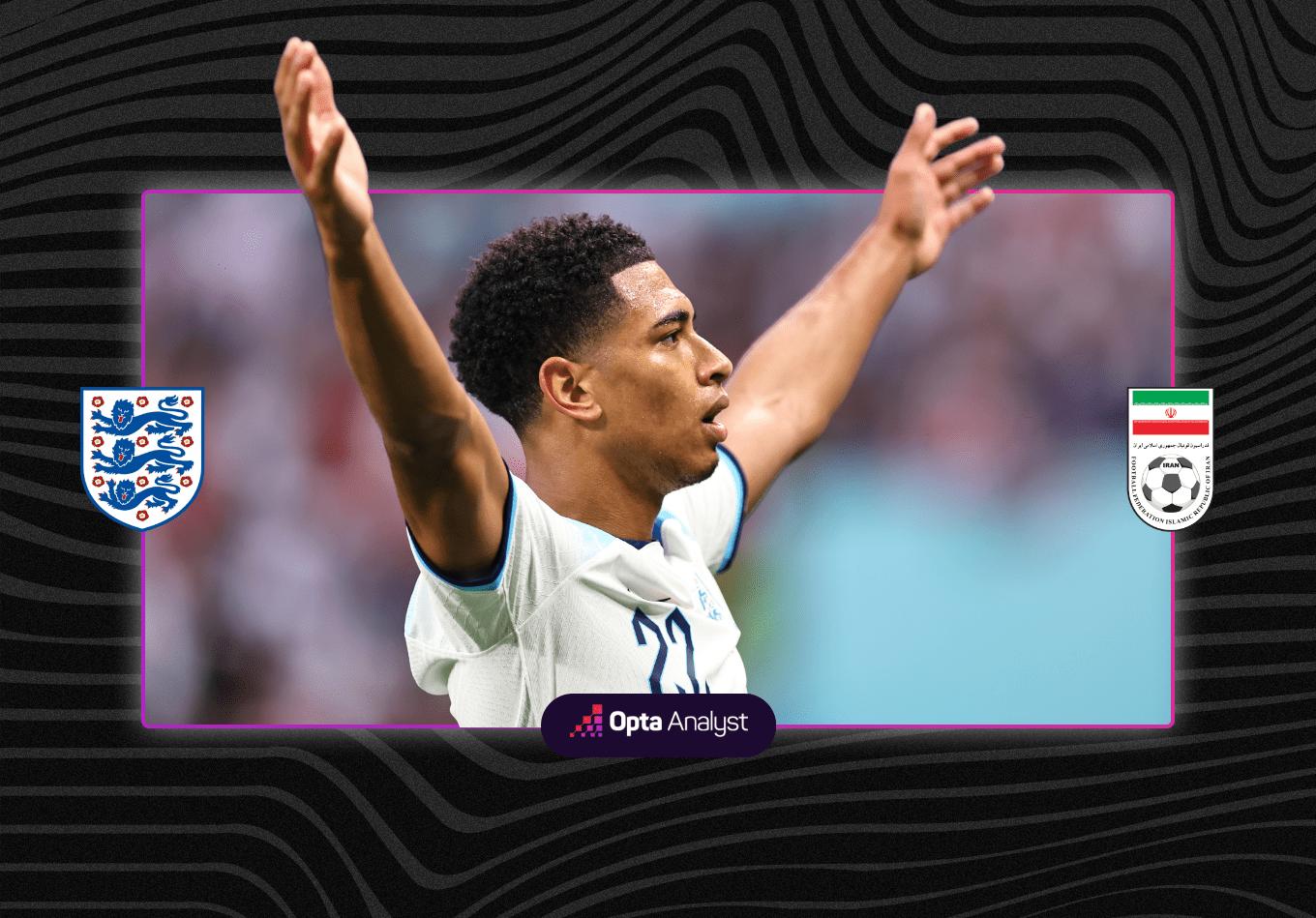 There’s not usually much point in tuning in for the national anthems but this game had a mixture of the amusing and the powerful, with at least one England player singing “God save the Queen”, forgetting their newly-installed King Charles III, while Iran’s players refused to sing theirs in an incredibly brave and pointed gesture. Then the game began with Harry Maguire getting grappled like we were back at the 2018 World Cup – when VAR awarded about a thousand penalties in the group stage – followed by a terrible clash of heads in the Iran box which – eventually – saw goalkeeper Alireza Beyranvand rightfully substituted.

The restarted match took a while to get going, and Harry Maguire heading onto the bar from inside the box after about half an hour brought back haunting memories of England’s litany of slow starts at previous World Cups. They had not scored more than two goals in an opening game at the global jamboree since smashing three past France in 1982. But this is 2022 and international football is much more difficult. Iran are in the top 25 of the FIFA rankings. There are no easy games in international football anymore.

Clearly an injury to a solid and experienced goalkeeper hampered Iran massively in the opening half, but you still have to take advantage. Bellingham completed all of his passes in the first half, as did John Stones, the latter surely having one of the easiest 45 (59) minutes of his career.

Iran emerged for the second half determined to stop England playing, Morteza Pouraliganji picking up a yellow for targeting one of Harry Kane’s infamous ankles, and Kieran Trippier also getting some late attention to his feet. Rough stuff doesn’t bother Saka – one of the most fouled players in the Premier League – and he duly added England’s fourth, and his second, just after the hour. England’s long-planned generation of talent is seemingly coming good, the Arsenal tyro becoming the youngest player to score 2+ goals in his first World Cup game since Franz Beckenbauer in 1966.

Iran got something out of the game with a delightful assist and goal combination from Ali Gholizadeh and Mehdi Taremi respectively, before substitute Marcus Rashford scored just 49 seconds after coming on, followed by two more substitutes, Callum Wilson and Jack Grealish, combining for England’s sixth. Five different goalscorers in a single World Cup game by one team, the first time that’s happened since Germany beat Brazil 7-1 in 2014. The records, they were tumbling.

And, after 14 minutes of injury time in the first half, referee Raphael Claus gifted another 10 at the end of the second half, in which Iran won a VAR penalty, stroked home by Mehdi Taremi for his second. At 90+13, it’s the latest World Cup goal scored in a game that hasn’t gone to extra-time. It’s only the third time England have won a World Cup match while conceding two goals, after the 3-2 against Cameroon in 1990 and 4-2 against Germany in the 1966 final. The team that always starts slowly has hit the ground running in The Game That Wouldn’t End.

But, among a series of fine performances by England, this was Jude Bellingham’s day. The boy/man who likes to wear the number 22 because he’s a 10, an eight and a four all rolled into one, and who was born after Wayne Rooney made his England debut in 2003, looked utterly comfortable in his first World Cup appearance (and he played the complete game too). Yes, it was an opener against Iran so we shouldn’t get carried away, but this is a player who had his number retired by Birmingham City when he left for Dortmund in 2020. Something that seemed ridiculous at the time but now seems prescient. That’s what Jude Bellingham does, he turns the fanciful into glorious reality. The 2022 World Cup stretches before him.