Ecuador vs. Senegal: Prediction and Preview | The Analyst 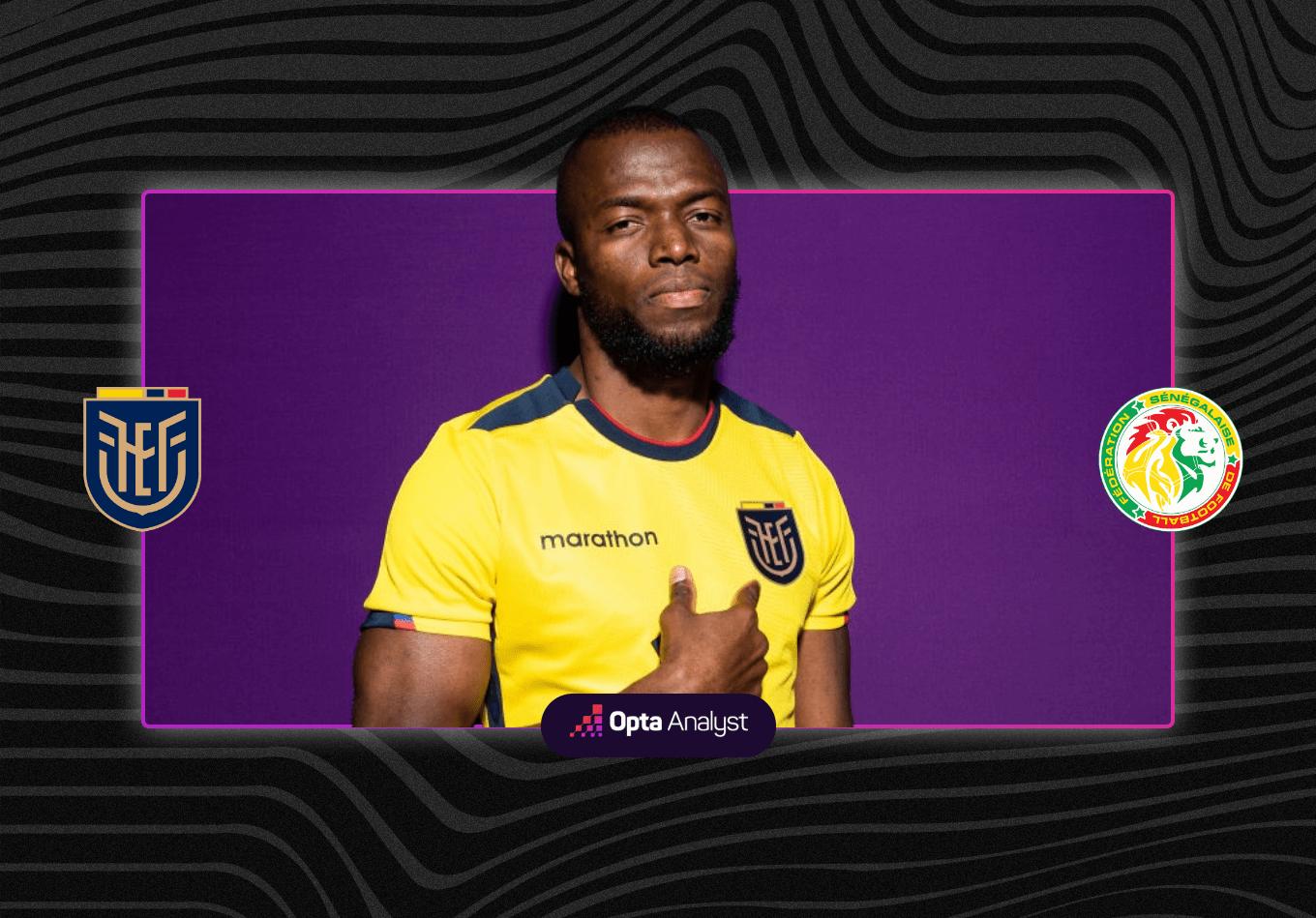 Ecuador vs. Senegal: Prediction and Preview

We preview the 2022 World Cup match between Ecuador and Senegal, including our pre-match prediction for each team’s final game in Group A.

Having lost to the Netherlands in their opening match, a 3-1 victory over Qatar kept the African champions’ hopes of advancing to the last 16 alive but Ecuador’s draw against the Oranje gives the South American’s the edge at Khalifa International Stadium.

Only a win will be enough for Senegal to progress to the knockout stage for the first time since reaching the quarter-finals in 2002, their first World Cup, and they will have to beat South American opposition at the World Cup for the first time having lost on two such previous occasions (Uruguay in 2002, Colombia in 2014).

Cisse is pondering tactical tweaks for the crucial clash.

“We have to think about the appropriate approach to the last match. We need to win to qualify for the last 16,” Cisse said.

“Our concentration must be better as we could have avoided the goal that we conceded [against Qatar], but the Ecuador match will be different.”

Coping without injured superstar Sadio Mane has been an issue for Senegal but the team shared scoring responsibility against Qatar, with three different scorers for the first time in their World Cup history.

Ecuador’s defence has proven resolute this far, facing seven shots in two games, and this encounter marks the first time they have faced an African nation at the World Cup.

At the other end, Enner Valencia is looking to become just the second player to score seven straight goals for a single nation at a World Cup.

Valencia already has three in two appearances in Qatar and head coach Gustavo Alfaro was full of praise for the experienced forward.

“[Valencia] is a top-level player when he wears the Ecuador jersey. I tell him that he will be successful in the World Cup even if he wasn’t so much in the qualification campaign,” said Alfaro.

“He is going through such a good spell. He is the captain.”

Who else? Should he score Ecuador’s first goal in the match against Senegal, the former West Ham and Everton man will equal Oleg Salenko’s record for Russia in 1994 by scoring his nation’s last seven at the World Cup.

His six goals in a row have come from just nine shots on target, converting 67% of those, and will have a huge part to play if Ecuador are to advance past the group stage for the first time since 2006.

Yet to score at the World Cup, Ismaila Sarr has had more shots for Senegal than anyone else (six), though only one of those has been on target – which came in his side’s 3-1 victory over Qatar last time out.

Sarr remains a key attacking outlet for the African champions, with eight touches in the opposition box in the defeat to the Netherlands, more than anyone else, and four against Qatar, the second-highest in his side.

A tight contest is expected in the winner-takes-all clash, though our match predictor gives Ecuador the better chance of a win at 42.4%.

Senegal’s hopes of getting the win they require to continue their exploits in Qatar are given a likelihood of 30.1%, narrowly ahead of a draw at 27.5%.