Croatia 0-0 Morocco: Miss This Game? You Didn't Miss Much | The Analyst 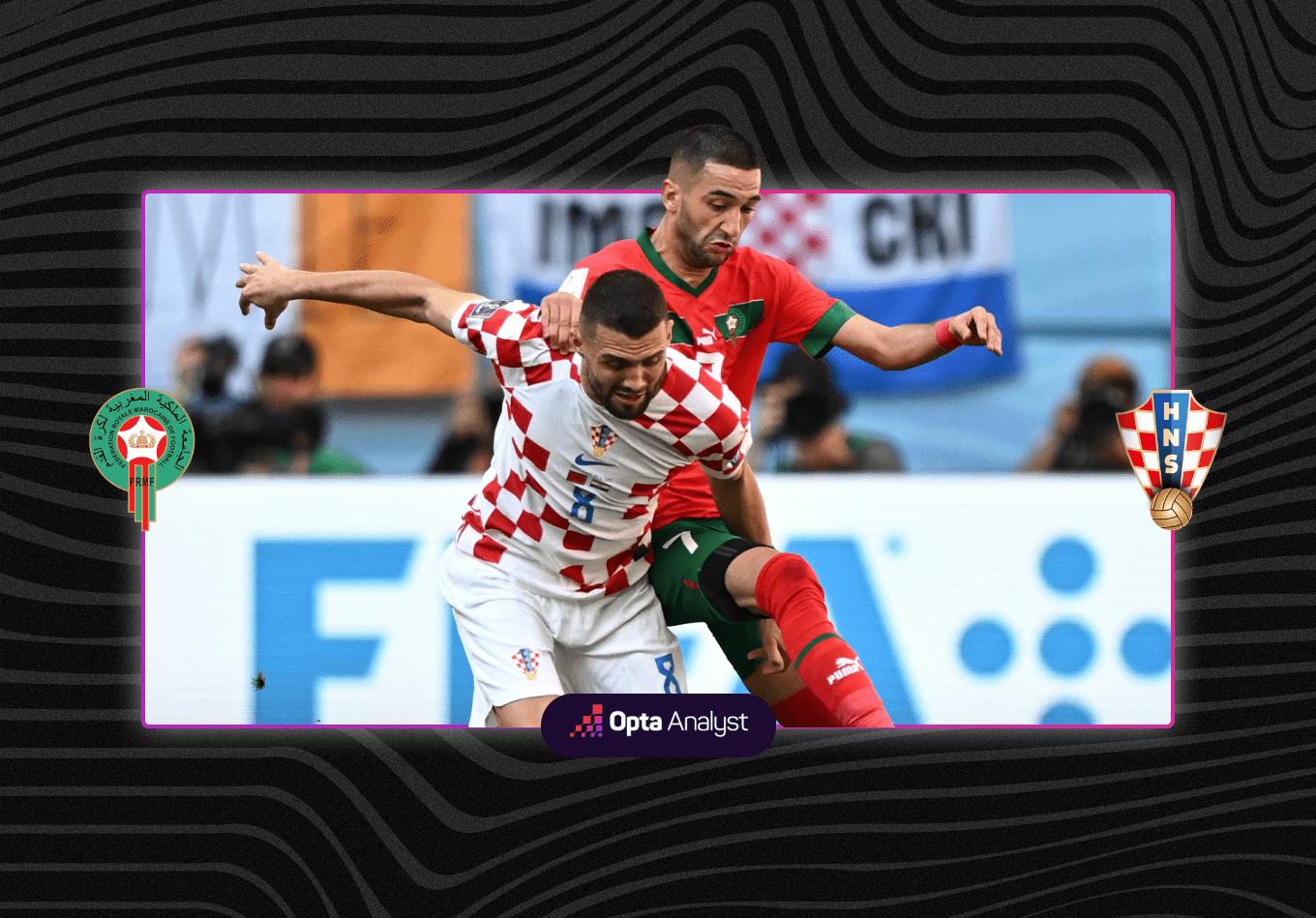 Croatia 0-0 Morocco: Miss This Game? You Didn’t Miss Much

An early (ish) kick-off in Morocco and Croatia, this one will have done little to lift the locals from their morning weariness. It was… a football match.

It took Croatia’s Nikola Vlašić 45 minutes and 12 seconds to register the opening shot on target – 55 seconds longer than the previous longest wait at this tournament (in yesterday’s goalless draw between Mexico and Poland). Perhaps we shouldn’t have been too surprised… Croatia were involved in one of only two matches at Russia 2018 not to see a shot on target before half-time.

Ok, the contest was flowing – that much was evident from the fact that only two minutes were added on before the break (the fewest so far at this, the tournament of stoppage time) – but in no discernible direction. A third 0-0 in four Qatar 2022 group clashes loomed.

And it continued to loom until it loomed no more and the goalless darkness definitively descended. Morocco didn’t seem overly interested in chalking up only their second win in 11 World Cup outings (since beating Scotland 3-0 at France 98), having just 28.6% possession in the second half – the third-lowest at these finals after Iran (25.2%) in their 6-2 thrashing by England and Saudi Arabia (24.7%) in their shock 2-1 win over Argentina.

That left the 2018 runners-up with over 70% of the ball after the break, then – but they could hardly have done less with it. Zlatko Dalić’s side looked concerningly lacklustre, mustering five shots all game – their fewest-ever at the World Cup. Morocco boss Walid Regragui was visibly the happier of the two bosses, steering his team to a fifth successive clean sheet in all competitions.

Only Qatar versus Ecuador in the opening game of the tournament (11) has seen fewer shots attempted in total than this match (13) at the 2022 edition, but the overall quality of those shots was the lowest it’s been in any game (1.01 xG).

On a personal note, this was a momentous occasion for Croatia captain and talisman Luka Modrić – who became the first player to feature at both the World Cup and Euros in three separate decades. The 2018 Ballon d’Or winner has starred for his country at Euros 2008, 2012, 2016 and 2020; and the last five World Cups including Qatar 2022.