Cameroon vs. Serbia: Prediction and Preview | The Analyst 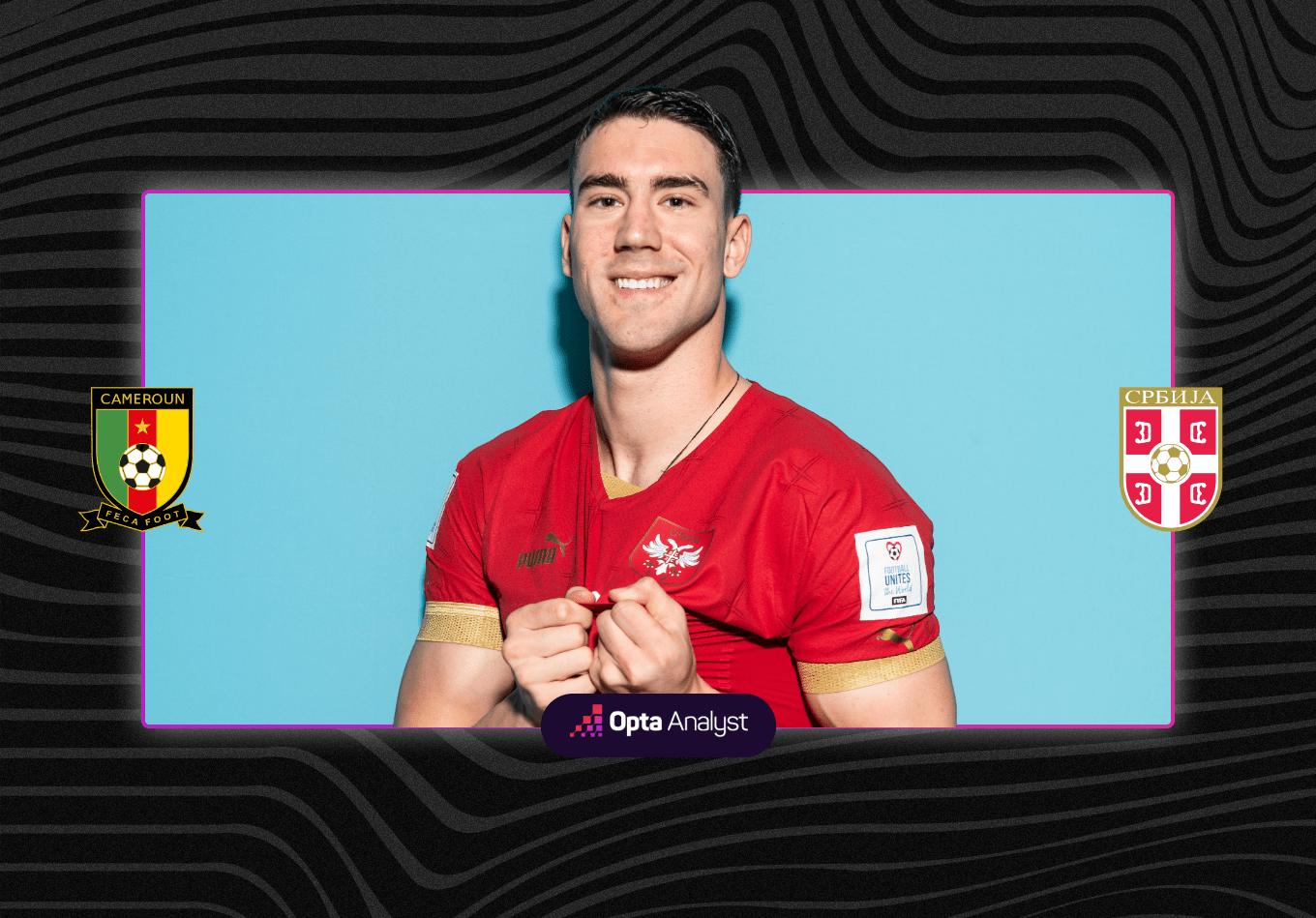 We preview the 2022 World Cup match between Cameroon and Serbia, including our pre-match prediction for each team’s second game in Group G.

Sporting director Stevan Stojanovic was frustrated by Serbia’s lack of belief in their defeat to Brazil, but has backed them to bounce back against Cameroon.

They have the chance to kick-start their campaign when they meet a Cameroon side smarting from a 1-0 defeat to Switzerland, and Stojanovic is demanding a more assertive display.

He told the Informer newspaper: “We analysed the game against Brazil and I think we respected them too much. It’s okay to respect Brazil, you should, but it’s not good to underestimate yourself.

“It seems to me that we surrendered at half-time. It was as if the players in the dressing room thought that they could do nothing against such a strong Brazil, so they immediately counted on having two more games in which we should look to qualify.”

Play the Opta Challenge for Cameroon vs. Serbia now for a chance to win $500

Cameroon will pose a different type of threat although Stojanovic was not overly impressed after watching their game against the Swiss, adding: “African teams are unpredictable, including Cameroon. They have a couple of fast players, they need to be paid attention to.

“Cameroon threatened in the first half, had two or three chances, but it was as if they did not know how to take those opportunities. I wouldn’t say they were selfish, but rash. They have some wild cards and you can see that no match here at the World Cup is easy, but we know our quality.”

If Serbia were disappointing in their opening display, the same can be said of Cameroon who were sunk by Breel Embolo’s close-range goal.

The Indomitable Lions were hit by more bad news on Friday after it emerged midfielder Olivier Ntcham, who missed the Switzerland game, will also sit out their remaining two group games through injury.

Coach Rigobert Song was heavily criticised in the aftermath of Thursday’s encounter but is remaining optimistic.

“There is no question, everything is still possible and we have not given up hope,” he said. “But we know we are no longer able to make mistakes.

“We will play an all-out game without hesitation. I think the game against Serbia will be different.”

Cameroon will be hoping for more from Bryan Mbeumo. The Brentford attacker was a peripheral figure against Switzerland, contributing just one shot on target and three touches inside the opposition box.

This would be the ideal moment for Mbeumo to score his first international goal, as Cameroon are averaging just 0.8 goals per game at the World Cup (18 goals in 24 games), the lowest ratio of any nation to play at least 20 games in the tournament.

Reduced to a substitute’s role against Brazil with coach Dragan Stojkovic adopting a more cautious approach, Juventus forward Vlahovic is likely to start against Cameroon with Serbia needing to win.

Vlahovic has been a rare bright spark for Juve this season, scoring six goals in 10 Serie A appearances, and will form a physical strikeforce with Aleksandar Mitrovic.

Serbia possess the greater attacking threat with the likes of Mitrovic, Vlahovic and Dusan Tadic, so they are fancied to win this one and get their qualification hopes back on track.

The supercomputer gives them a 56.3 per cent chance of emerging victorious with Cameroon’s hopes rated at just 19.5 per cent. A draw comes in at 24.2 per cent, although that result would not really help either side.