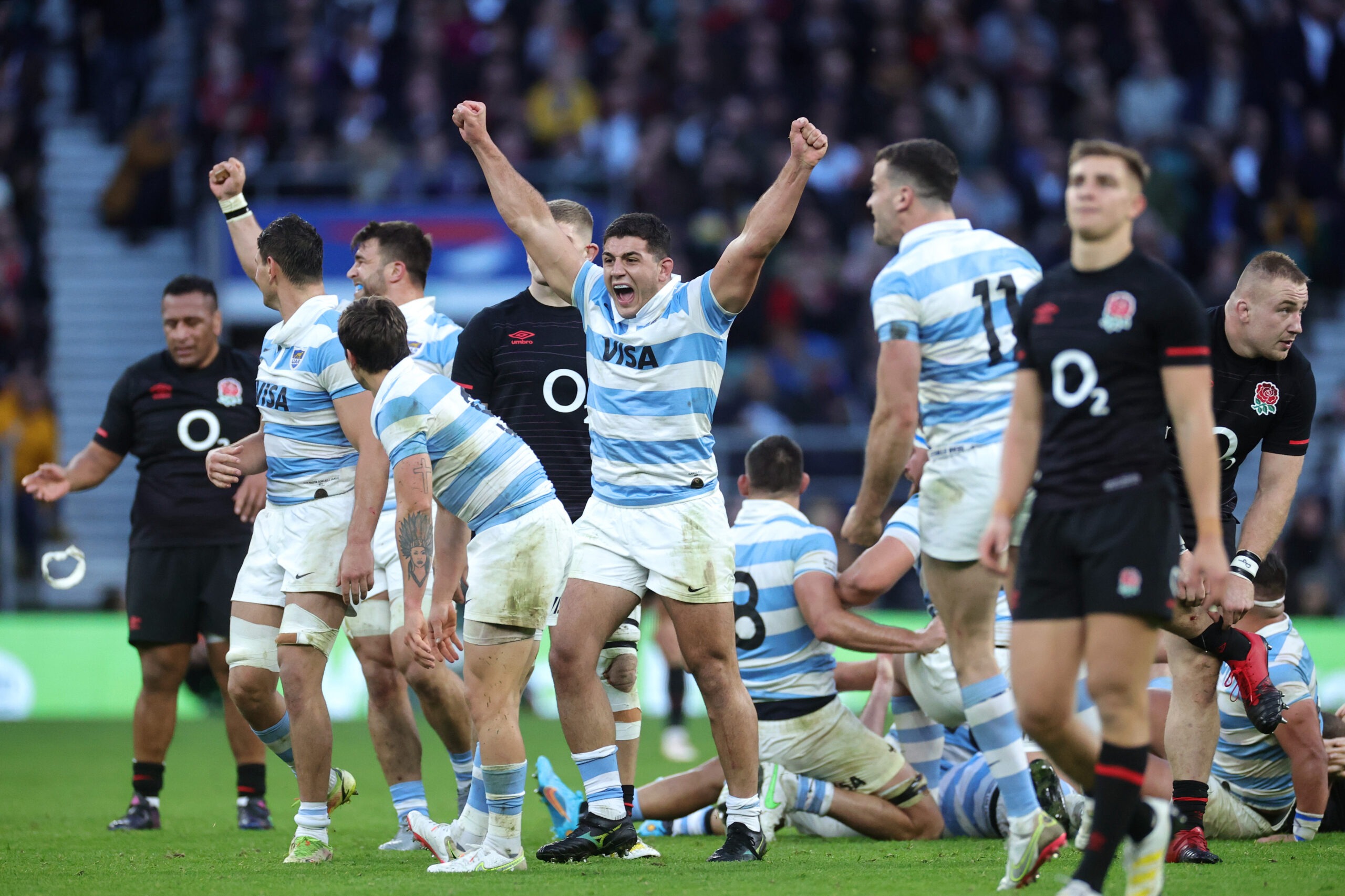 During the Autumn Nations Series, we’ll be bringing you data recaps of each weekend of action. We dive into the data behind Argentina’s historic win in England, New Zealand’s thrashing of Wales and a whole lot more…

The first full weekend of this year’s Autumn Nations Series brought us some incredible rugby: Italy and the Wallabies going end to end to score Try of the Year contenders, Ireland and South Africa serving up an intense, physical Test match and the brilliant Emiliano Boffelli guiding the Pumas to a first win at Twickenham since 2006. This weekend had it all and below we dive deeper into the data to see where some of those games were won and lost.

38 minutes into Scotland’s second game of the Autumn Nations Series and they were 12-7 down against a spirited Fiji side who smelled blood. 60 seconds later and Adam Hastings had wriggled out of a couple of tackles and dotted down under the sticks to give the hosts a half-time lead they wouldn’t relinquish.

The visitors’ poor discipline and high error count proved too costly in the end. Three yellow cards, 18 penalties conceded and 14 handling errors alongside 25 missed tackles and three wayward lineouts is a tally any side would struggle to overcome. Of those 18 penalties, four came at the scrum and 11 at the breakdown (8 at rucks, 3 at mauls), and 72% (18) of them came in the second half as they tried to repel a bullish Scotland.

After a strong first-half effort where they dominated possession and scored two tries, Fiji couldn’t sustain their performance. Nine dominant tackles in the first 40 minutes but just two in the second stanza. A tackle evasion rate of 15% in the first half as they ran hard, but just 3% after the break.

If they are to compete with the world number one side in Dublin this coming weekend, then they will need to maintain the effort across the full 80 minutes and ensure the error count and discipline is kept under control.

Italy vs. Samoa served up perhaps the most attacking game of the weekend, the Azzurri running riot as they posted their biggest points tally in a match so far in this Rugby World Cup cycle.

Both teams were committed to playing an expansive style of rugby, with Italy scoring one of the tries of the round, perhaps even the try of the year.

Samoa and Italy went wide more often than any other teams at the weekend, Samoa playing with at least 10 metres width from 65% of their breakdowns, while Italy did the same from 57% of theirs. This was a result of the fact that both teams played off second receiver more than any other nation and by a comfortable margin too – Samoa played off second receiver on 17% of their attacking phases, just ahead of Italy (16%).

Italy will be pleased at how they dealt with the threat out wide though, largely keeping Samoa at bay. It will be a boost given they face Australia next up, a side who can create something from nothing as we saw at the Stade de France at the weekend. The Azzurri will go into that match with their tails up, confident their attack can cause the Wallabies some headaches.

Wales went into their match with New Zealand with hopes of ending over 60 years of hurt against the All Blacks and despite going 17-0 down in the opening 20 minutes, Wales rallied to get within six points early in the second half. However, it wasn’t to be as they ultimately fell away in the final quarter as New Zealand’s superior ball carrying eventually caused the Welsh dam to break.

31% of New Zealand’s carries were dominant, not a huge number and not a great deal bigger than Wales’ 23%, however that combined with the fact that the All Blacks drew in at least two tacklers from 60% of their carries (a weekend-high in the Autumn Nations Series) and were the only team to commit 3+ tacklers from more than 10% of their carries (12%), meant that holes opened up elsewhere on the pitch which they were able to exploit. They did just that – New Zealand made five line breaks, again not a huge number, but they went on to score a try from 80% of those breaks. Not many teams can live with the All Blacks when they’re at their efficient best, but Wales will feel they could have run Ian Foster’s team a lot closer.

A clash between the reigning world champions and the team currently ranked first in the World Rugby standings always promised to be a tight affair, and that proved to be the case as Andy Farrell’s men beat the Springboks by a margin of just three points.

It was a game which could have easily swung either way, especially when you consider that South Africa scored from just two of their five place-kick attempts (40%), a fact that becomes all the more relevant when looking at the points they lost compared to what would be expected from their attempts.

The Springboks lost 4.6 points compared to their expected tally, the largest negative deficit of any side over the weekend and a margin that would have seen them overcome Ireland.

South Africa were further hindered by their poor discipline, as they conceded 12 penalties over the course of the match, the fourth time in a row they have conceded 12+ penalties after conceding that number just once in their eight Tests prior.

Ireland recorded just 45% possession against South Africa, the third Test match in a row where they have had less than half of the ball, after having registered a majority in each of their last nine Tests since the start of last year’s Autumn Nations Series. Crucially though, they have won each of those three Tests, thanks in part to their stellar defensive efforts.

Ireland registered an 89% tackle success rate against the Springboks, the seventh time they have had a tackle success rate of 89%+ in their nine Test matches this year, the joint-most times of any Tier One nation, alongside Scotland. As has become the norm of late, they were led in this effort by Player of the Match Josh van der Flier, who completed 15 tackles without missing a single one. He has now missed just one tackle in his last four Test matches.

France further extended their winning run to 11 games, despite a spirited display from Australia, overtaking their previous record of 10 straight wins which they set between 1931 and 1937.

Both sides put on a spectacle of fast, attacking rugby which was typified by Lalakai Foketi’s spectacular opening try for the Wallabies, which came off the back of a counter-attack initiated on their own five-metre line, a moment which will doubtless feature in many highlight reels in the years to come.

As good as Australia were going forward though, they were unable to stop a French attack which was in full flow, missing 28 tackles over the course of the 80 minutes, their most in a Test match since missing 42 against New Zealand in October 2020.

Fabien Galthié’s side have earned a reputation for their expansive brand of rugby in recent times and further enhanced those credentials by completing 16 offloads against the Wallabies, their most in a Test match since February 2020, when they also made 16 against Italy. Their 516 metres gained were also the most they have registered in a Test match this year.

Australia face Italy on Saturday and will once again have their defence tested, this time by the team with the highest tackle evasion rate of any side last time out (31.5%), while France will square off against a Springboks side itching to set the record straight after a narrow loss to Ireland in Dublin in what is sure to be a fascinating contrast of styles.

Argentina recorded a historic win over England, just their second at Twickenham after their 2006 victory there. It was a match where every score counted, with the two sides being separated by a single point in a game that went right down to the wire. As the minutes ticked on, it became more and more evident that this would be a game likely to be decided by the boot of either Owen Farrell or Emiliano Boffelli.

England and Argentina each conceded 10 penalties during the match, a number that wouldn’t ring too many alarm bells on its own, but both teams conceded eight of those penalties inside their own half and were suitably punished from the tee.

Farrell and Boffelli kicked excellently, the England skipper recording a perfect success rate with the Pumas winger slotting 88%, missing just one kick from right out on the touchline. However, given the difficulty of kicks both players faced, Boffelli tallied 4.2 points more than he would have been expected to, with Argentina recording the biggest kicking overperformance of any team over the weekend (England third best).

Boffelli also scored a try to take his overall points tally to 25 for the match, the most by any player in a game against England since Bernard Foley at the 2015 Rugby World Cup. England won’t be reeling quite as much as they were back then, but it’s certainly not the start they would have hoped for in this Autumn Nations Series. Argentina, meanwhile, will go to Cardiff looking to improve on an already successful 2022. 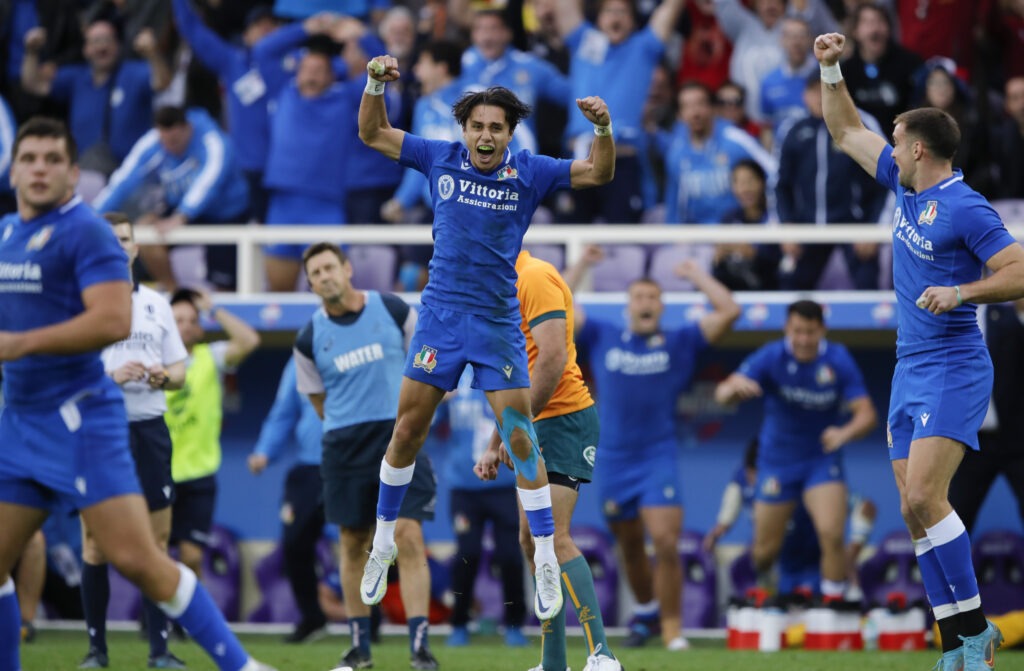