Australia vs. Denmark: Prediction and Preview | The Analyst 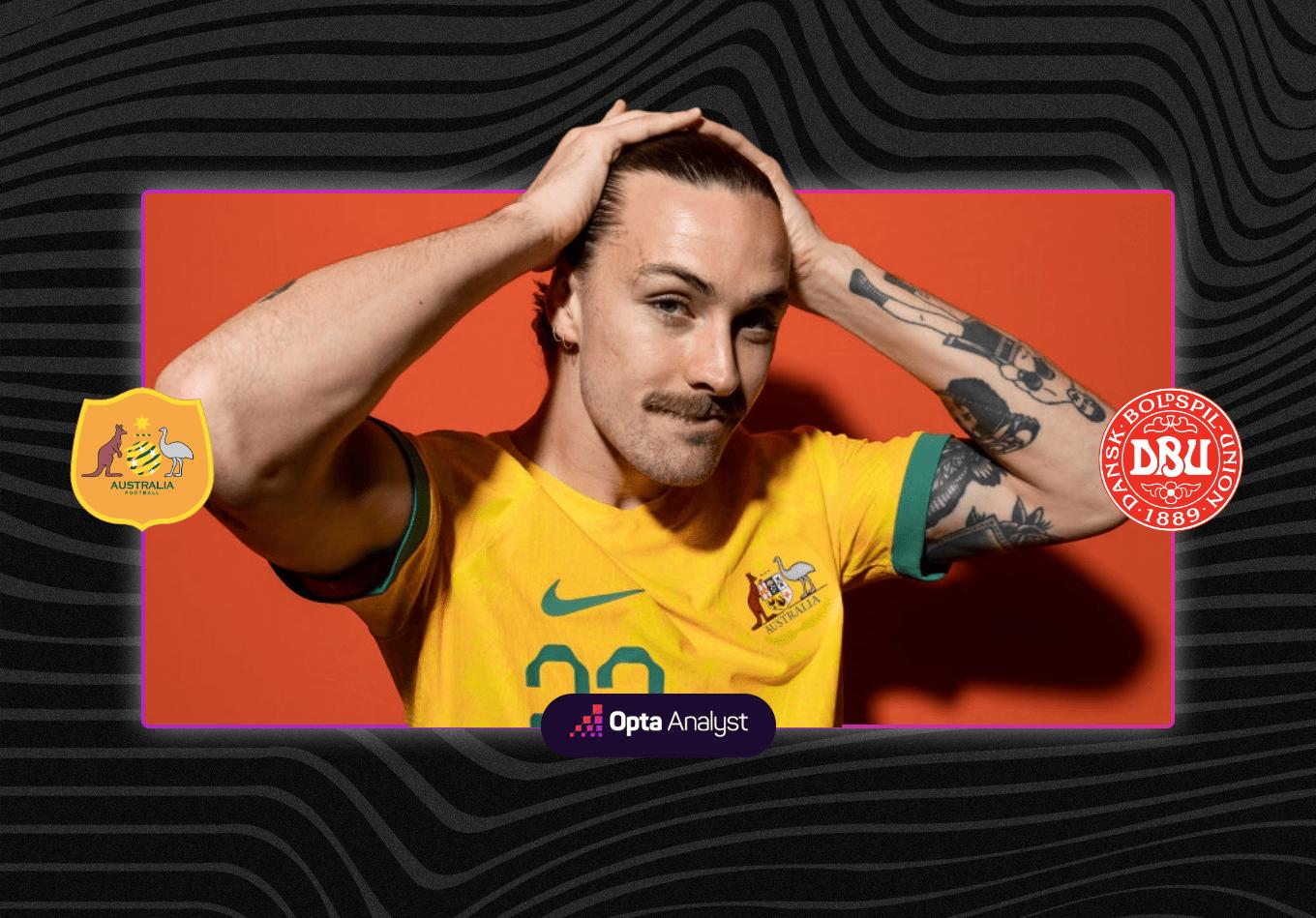 We preview the 2022 World Cup match between Australia and Denmark, including our pre-match prediction for each team’s final game in Group D.

Rasmus Kristensen is ready for a tough tussle with Australia, while Denmark team-mate Jesper Lindstrom is confident Kasper Hjulmand’s side will go through to the last 16.

Denmark’s defeat to France on Saturday, combined with Australia’s victory over Tunisia, has left the Euro 2020 semi-finalists in need of a victory to stand a chance of progressing to the knockout stage of the World Cup in Qatar.

With France’s progress from Group D already assured, all three of the other sides could clinch second place, which is occupied by Australia heading into the final matchday.

Wednesday’s match at Al Janoub Stadium will be the second meeting between Australia and Denmark at the World Cup, following a 1-1 draw in the group stage in 2018, and Kristensen knows it will be a battle.

“For sure we’re up for it,” the Leeds United defender told reporters. “If fighting is what it takes we’re going to do it.

“I know a few [Australia] players. We’ve seen the first game and we’re going to watch a lot of them in the next few days.

“I think the expectations were the last game would always be decisive.”

Lindstrom, who almost put Denmark ahead against France before Kylian Mbappe’s second goal sealed a 2-1 victory for Les Bleus, has faith his team will get the job done.

“We have confidence, everyone has belief. We have that mentality. We will do our best,” said the Eintracht Frankfurt attacker, who believes Denmark played at a much higher level against France than in their opening draw with Tunisia.

“We are really disappointed but we have to look how we can develop, how we can use the situations we created,” he added.

“The second half was better than the first but we had 20 minutes where we controlled the game, we scored the goal and we had big chances.”

Denmark could qualify for the knockout stage at back-to-back World Cup tournaments for a second time, previously doing so in 1998 and 2002.

The Danes have only failed to qualify from the group stage in one of their previous five appearances at the tournament, while Australia have only made it to the last 16 once in their history back in 2006.

However, should France beat Tunisia as expected in the other Group D’s game on Wednesday, then a point would be enough for Australia to go through.

Mitchell Duke scored Australia’s winner against Tunisia, heading home brilliantly. The 31-year-old has scored five goals in his past eight starts for his country, with four of these goals being headers.

Handed a start against France, Lindstrom felt he had done enough to impress Hjulmand, though he rued been unable to score, with Hugo Lloris making a fine save from the forward’s strike.

Denmark have only scored once so far in Qatar, and Lindstrom will be hoping for more luck in front of goal against Australia.

Australia have lost eight of their 11 World Cup games against European sides (W1 D2), failing to keep a clean sheet in all of those matches, while they have won just one of their four games versus Denmark, winning a friendly match 1-0 in June 2010.

Opta make Denmark – ranked 28 places above Australia by FIFA – as the strong favourites, giving them a 63.2% chance of securing a crucial victory.

The likelihood of a draw is 22%, leaving Australia’s chances of coming out on top at 14.8%.