Australia 1-0 Denmark: Socceroos Through to Last 16 For Second Time 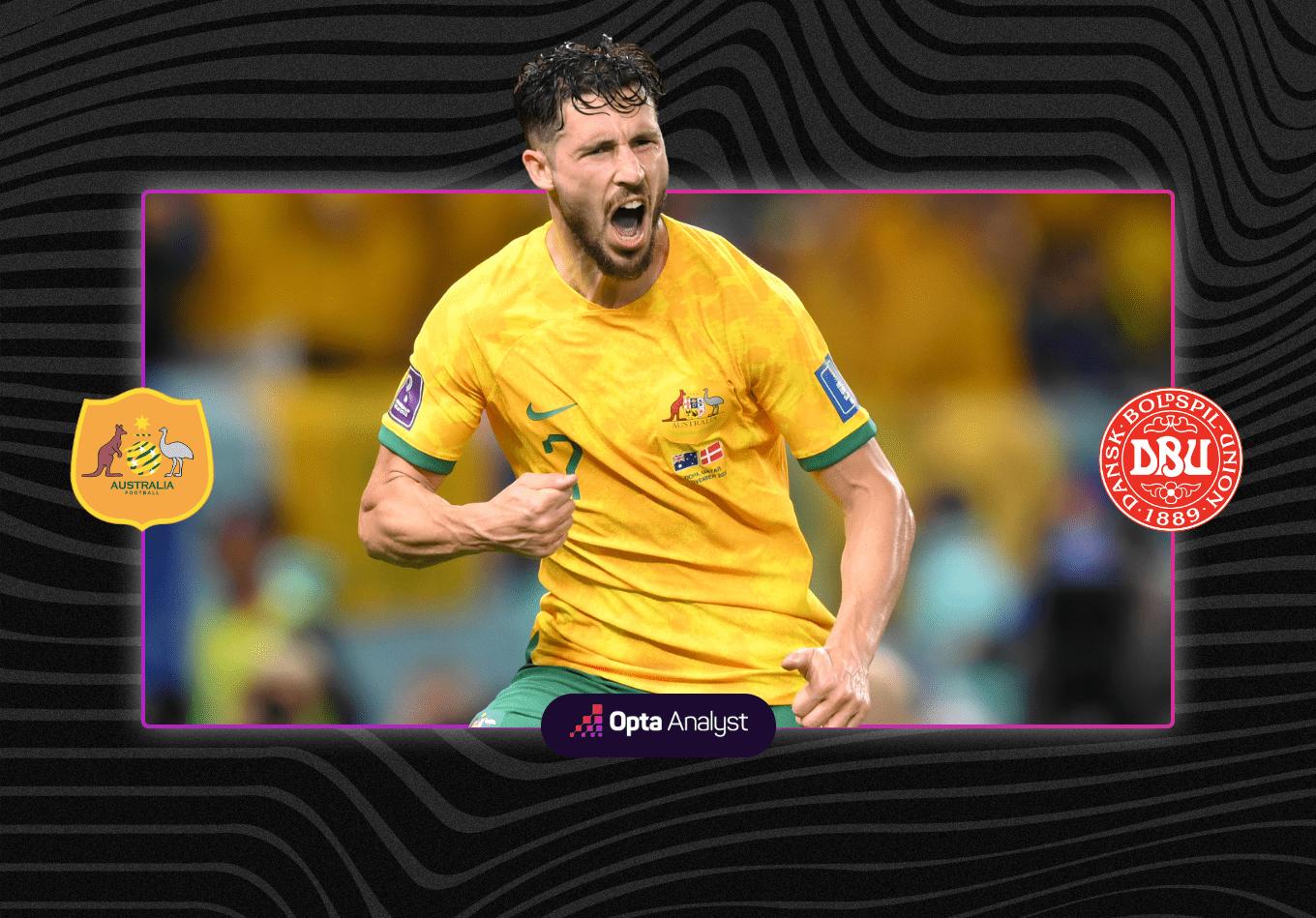 Australia 1-0 Denmark: Socceroos Through to Last 16 for Second Time

The European semi-finalists are out. The side that finished third in their AFC World Cup qualifying group and needed an AFC playoff followed by an AFC vs. CONMEBOL playoff to get a flight to Qatar have won back-to-back matches at a World Cup for the first time with their first string of consecutive World Cup clean sheets and are through to the round of 16.

There’s that, but there’s also the matter of the team they beat. On paper at least. Denmark’s starting XI consisted of 10 players from Europe’s top five leagues, but that hasn’t done them much good at this tournament in a group that many thought wouldn’t cause them much trouble aside from the defending champions:

Australia started none, but they were the side on three points that would advance with a win:

With that, as Matchday 3 kicked off for Group D, both matches goalless, the supercomputer gave the European semi-finalists from 2021 the best chances of advancing:

Their passing accuracy of 68.6% was the sixth-lowest first-half mark at the tournament, but ugly was working just fine. At half-time, the Socceroos’ chances grew but so did Tunisia’s, and Denmark’s were inching down toward 50% thanks to their fourth first half without a goal in their last five World Cup matches:

And while a lot of nothing happened in the opening 13 minutes of Australia-Denmark, things changed in the other Group D match with Tunisia taking a 1-0 lead over France in the 58th.

That brought Denmark’s chances down below 50% with Australia and Tunisia just below 30:

But Australia, perhaps knowing what they needed to do or perhaps not given it happened so quickly after, tested the supercomputer’s speed with a goal of their own from Matthew Leckie right at the hour mark. Denmark’s chances fell to 15.09% with Australia’s spiking to 64.18%, and that seemed generous to the Danes given they needed two goals and had managed one in over two-and-a-half games at the tournament to that point:

Australia still had to hold onto the win to guarantee they’d progress given Tunisia were beating one of the tournament favourites, and they did just that, limiting the Danes to three shots on target for 0.63 expected goals to draw even on points with the defending world champions and finish second in Group D:

So the 10th-ranked team in the world are out of the tournament, having lost consecutive World Cup matches and are winless in their last six. While Denmark are heading home in particularly disappointing fashion, the Aussies await their last 16 date with the winners of Group C. They’ll know not long after the sun rises in Sydney, but the country was already awake for this one and their team is – somehow – still alive.