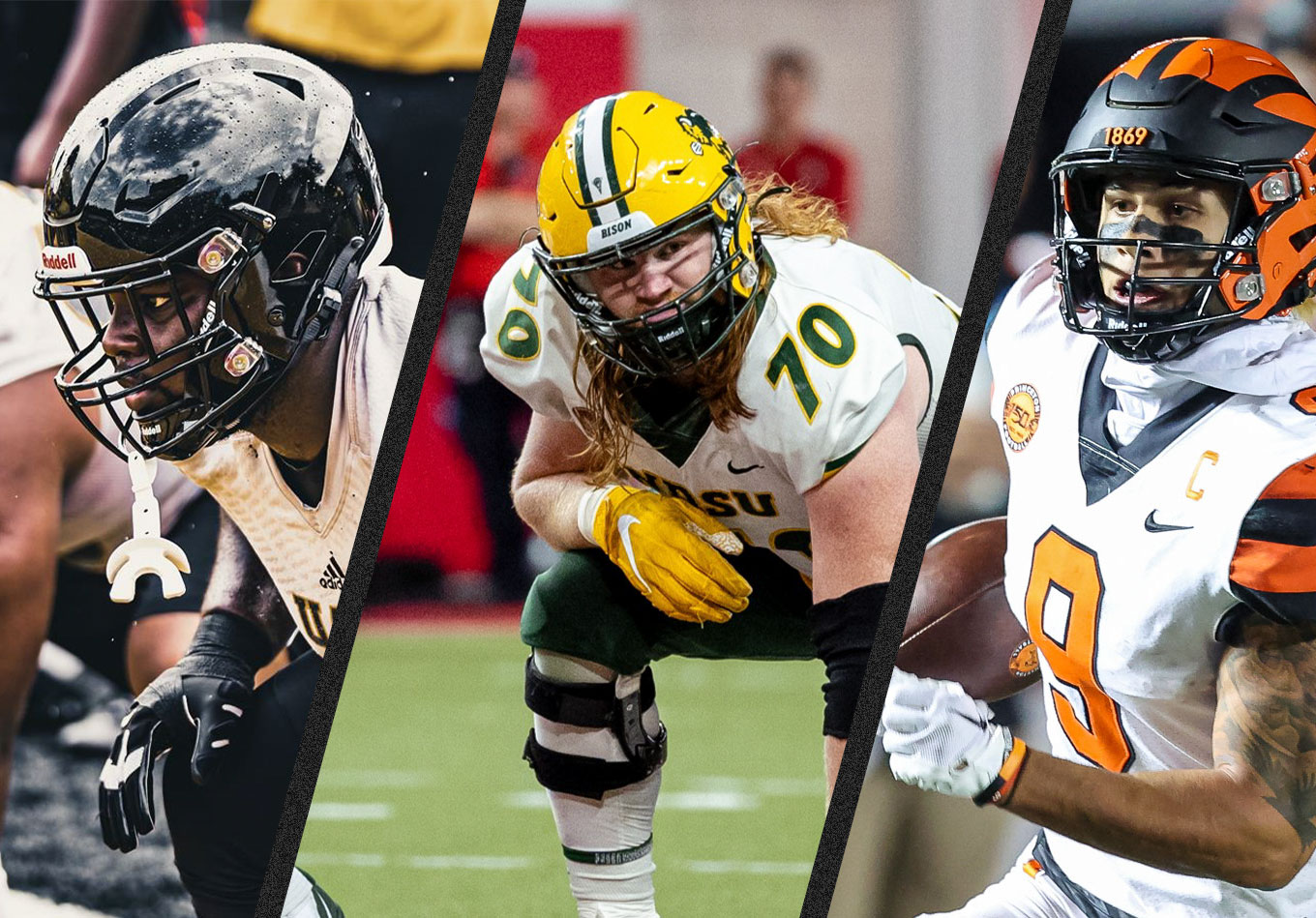 Before many NFL Draft rankings come together with prospects who play below the FBS level, Josh Buchanan tends to be out in front with making evaluations.

Buchanan, an FCS analyst for NFL Draft Scout and Phil Steele Publications, has proven it again with his updated list of 2023 senior prospects heading into the final month of college football’s regular season.

Following are Buchanan’s FCS rankings as if the draft was being held today, with comments of top-10 prospects provided to The Analyst. The actual dates for the seven-round event are April 27-29 in Kansas City, Missouri.

The seniors-only rankings do not include South Dakota State tight end Tucker Kraft, who would factor into the top 10 if he declares for the 2023 NFL Draft as a junior-eligible candidate.

JB Says: Mauch is a big guy who has good feet and strength, and he’s a finisher who I have in the third or fourth round right now. He plays left tackle, but I project him to move inside to guard due to his arm length – roughly 32 3/8 inches.

JB Says: I remember sticking out like a sore thumb in having Iosivas as a preseason first- or second-team All-American when nobody else did, but he leads FCS in receiving yards per game. He is considered in the sixth-round range from most I have talked to, but his athleticism, big-play ability and physical tools will only cause him to rise even more during the Senior Bowl and NFL Combine. I believe he could go higher than my current fourth-round projection.

JB Says: He was one of my favorite players last year, and I was surprised that he got priority free agent grades from scouts I talked to because I thought he was draftable. He had a dominating game against Arizona and now appears to be a lock for the Senior Bowl, NFL Combine and a likely mid-round pick due to his size, speed and athleticism.

JB Says: Evans plays left tackle, but his size projects to center. He has been rock solid, showing good movement skills, finish and the ability to kick inside at the next level. I have pushed him from a priority free agent to a late-round pick.

JB Says: Greaney was a priority free agent on my board coming into the season, but I believe his play has boosted him into the later rounds. He possesses great size and ranks among the FCS tight end leaders in receptions, receiving yards and touchdown catches.

JB Says: This SWAC standout is a player I had as a free agent last year, but I’ve moved him into the draft due to improved ball production along with his physical tools. He has been very good in disrupting the passing game. I have him in the sixth- to seventh-round range.

JB Says: Miller has been fun to watch as he showed off his speed and hands against Clemson with 13 receptions and a touchdown. He’s considered a tight end at Furman, but projects to receiver or fullback, and has played in the slot quite a bit to show he can produce in space.

JB Says: Curtis is limited athletically, but he’s strong and has shown flashes of ability that could turn him into a solid NFL player. He will likely get drafted because of his size and strength combination. His former teammate on the O-line, Cole Strange, was drafted in the first round by the (New England) Patriots last spring.

JB Says: Gipson is a diminutive target and looked as though he could fall from my borderline- to late-round status with a slow start this season, but he’s rebounded. His big-play ability, speed and return skills make him a player to watch. Hopefully, he gets invites to an all-star game and the NFL Combine to show off his ability.

JB Says: Thompson has size, speed and length – 35-inch arms and an 82 3/4 wingspan – but he needs to fill out his frame, get stronger and become more consistent. His best days could be ahead of him in the NFL as he develops physically. I have him as a borderline draft pick now, but he could easily get picked due to his upside.