Waiver Why-Er: How to Get the Most out of a Thin Waiver Wire in Week 10 | The Analyst 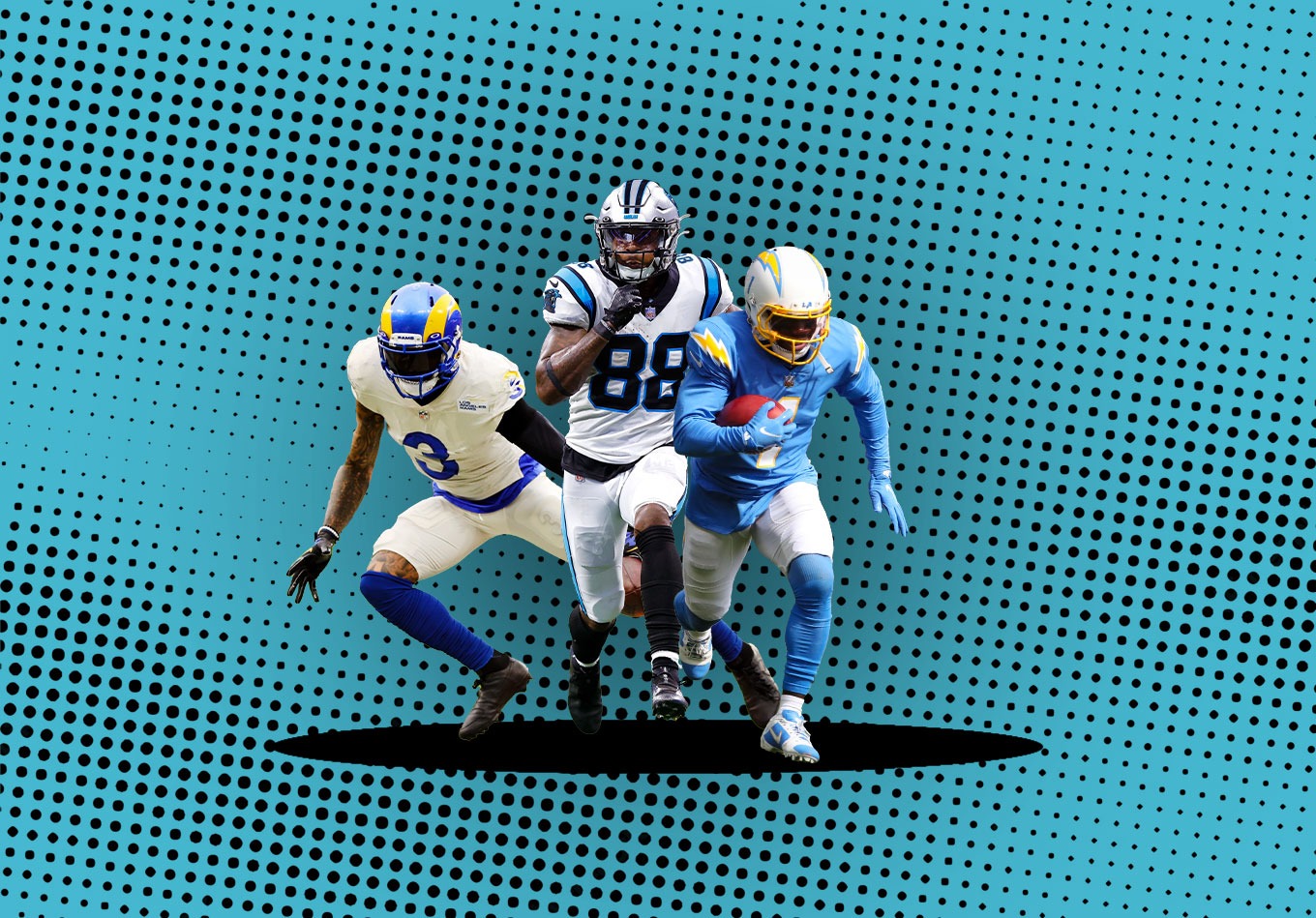 Waiver Why-Er: How to Get the Most out of a Thin Waiver Wire in Week 10

These are the dog days of the fantasy football season.

Fantasy managers riding high in first place have likely been blessed with the good fortune of a high-performing and mostly healthy roster. However, others are either looking to make a desperate attempt to save their season or are stuck in the middle and trying to climb their way up the standings.

In many leagues, there isn’t much relief on the waiver wire. And one of the most difficult positions to fill is always tight end, so we’ll start there this week.

The plight at the thin position is seemingly worse than ever with Mark Andrews, Darren Waller and Dalton Schultz all missing time. Unless you have Travis Kelce or, lately, Dallas Goedert, the struggle is real.

In an effort to replace a player on bye, injured or just underachieving, many have been left to sift through the muddled group of tight ends we usually project to have between 7.0 and 12.0 points each week. Well, there might be a decent option for those in need this week (keep reading).

Hopefully, you took our suggestions and picked up Joshua Palmer (eight catches, 106 yards) and Justin Fields (a regular-season QB-record 178 rushing yards, four total touchdowns). And as always, don’t forget to check out our fantasy football rankings throughout the week. All rankings we use here are based on PPR scoring.

If you took a late-round flyer on Kmet on draft day, it’s likely you parted ways with the promising tight end sometime prior to Week 5. Kmet was the consensus No. 11-ranked tight end on Fantasy Pros with an average draft position of 117, placing him around the 11th round in 10-team PPR leagues and ninth or 10th round in 12-team leagues. But after failing to catch a pass in the first two games of the season and grabbing just 12 for 148 yards without a score through seven contests, Kmet has come alive with three touchdowns over his last two. He also set season highs in targets (six) and receptions (five) on Sunday. The Bears offense is getting better and Kmet is starting to emerge as one of Fields’ favorite targets.

Though the previously mentioned Kelce still rules as the No. 1 option in the Kansas City passing game, Hardman had a higher read percentage than JuJu Smith-Schuster heading into Week 9 (granted over fewer snaps than JuJu). Read percentage measures how often a quarterback looks at a receiver as part of his progression of ‘reads.’ Kelce’s read share is 60.6% – sixth in the NFL – and Hardman ranks 27th at 52.0%. Hardman has also posted double-digit fantasy points in four straight games and has five touchdowns in the past three. He had season highs in targets (nine), catches (six) and yards (79) in Sunday night’s 20-17 overtime win.

A week after setting career highs with nine targets and 87 receiving yards in an overtime loss to the Atlanta Falcons, Marshall had six more targets and a touchdown in Sunday’s 42-21 loss to the Bengals. The second-year pro also just missed hauling in another score early in the second half, otherwise we’d be talking about a big day. Marshall could have value as Carolina’s No. 2 behind DJ Moore for the foreseeable future.

No Keenan Allen (hamstring). No Mike Williams (ankle). Someone has to be there to catch passes from Justin Herbert in Los Angeles. That would be the aforementioned Palmer, who now has 17 catches for 163 yards on 22 targets over the past two games. Carter is the other. He’s had 13 targets over the past two weeks and finished with a season-high five catches for 53 yards on Sunday. Carter will continue to have a bigger role with Allen and Williams expected to remain sidelined in Week 10 against the San Francisco 49ers.

There were questions about what Wilson’s role would be with the Dolphins after arriving in a trade with the 49ers. And if his first game is any indication, it could be a big one. With more of an opportunity in the less-crowded Miami backfield, Wilson actually out-snapped starter Raheem Mostert in a shootout win over the Bears. He finished with nine carries for 51 yards and three receptions for 21 yards and a touchdown, while Mostert had nine rushes for 26 yards and a score without a reception. Wilson is rostered in 52% of Yahoo leagues, meaning he could still be available in many others. And he could be more of an RB1A than an RB2 in Miami.

Remember how good Beckham was for the Los Angeles Rams before going down with a torn ACL in the Super Bowl? Well, OBJ is nearing a return to any team that wants him. And there are plenty of squads in need of a playmaking receiver. The Packers? Rams? Chargers? Cowboys? It might be unrealistic to think that Beckham will immediately return to his star form, but it might be worth stashing the veteran for the playoff run. After all, he racked up 46 catches for 575 yards and seven touchdowns over his last 11 games last season (including the playoffs).

If you’re in a deeper league, it might be worth looking at Toure after Romeo Doubs was carted off the field with an ankle injury. Toure has had four targets in each of the last two games and nearly had his second straight game with a touchdown after a 44-yard toss from Aaron Rodgers fell just out of his reach. Doubs, who was on crutches after the game, looks like he’s going to miss some time – and Toure’s role will likely increase as a result.