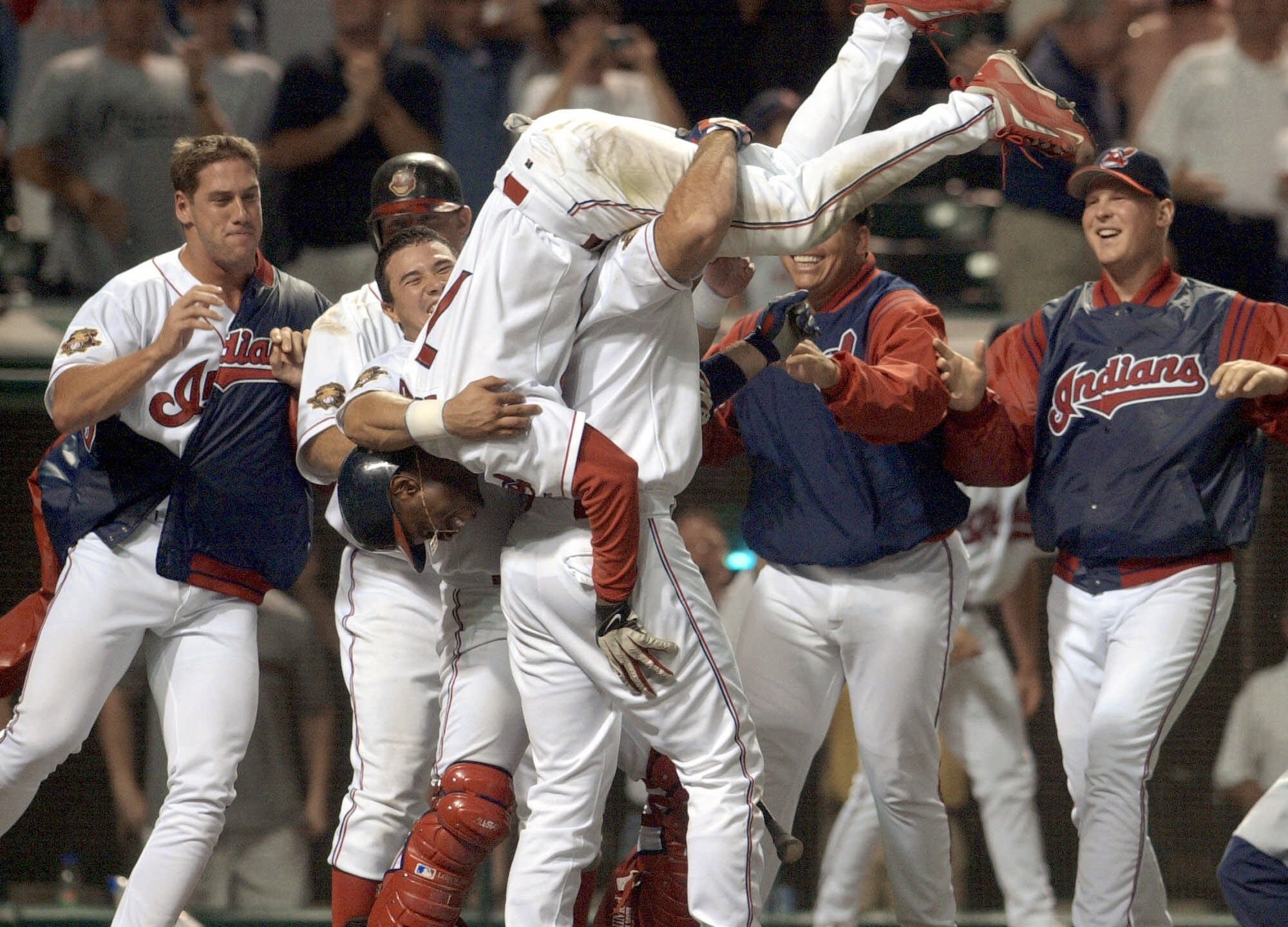 When Yogi Says It’s Not Over: The Biggest Comebacks in Major League Baseball History

Pitch clocks, timers and three-batter minimums are relatively new ways to speed up baseball, but romantics of the sport have always embraced its timeless nature.

A Mike Hargrove at-bat never let them down.

Baseball is played until one team leads after nine or more innings, so who’s to say a team trailing by five, six, maybe seven runs after eight innings can’t be steadfast in Yogi Berra’s assessment, “It ain’t over ‘til it’s over.”

In short, don’t be quick to turn off the TV or try to beat the stadium traffic after the seventh-inning stretch. You never know when a rally will break out.

Following are some of the biggest comebacks in Major League Baseball history, with regular season information dating to the start of the modern era in 1901 and postseason information since the first one was held in 1903.

Cleveland manager Charlie Manuel basically indicated a rally was impossible by removing four regulars from his starting lineup in the nationally televised Sunday night game, but the Mariners, who went on collect the most wins (116) in a 162-game regular season, overlooked the signals. Trailing 14-2, Cleveland rallied with three runs in the bottom of the seventh inning, four in the eighth and five more with two outs in the ninth, capped by Omar Vizquel’s three-run triple to the right-field corner to force extras at 14-14.

Incredibly, the Athletics didn’t even need to bat in the ninth inning even though they trailed 15-3 entering the bottom of the seventh. They scored once that inning, then 13 times in the eighth. Jimmy Dykes got the crooked number going by lacing a three-run triple with one out and nine of the next 10 batters reached safely with small ball – seven singles and two walks – before Al Simmons unloaded on a three-run home run to left off Cleveland reliever George Uhle, reversing the Athletics’ 15-14 deficit.

That the Tigers secured the majors’ second-most comeback wins (42) in 1911 is noteworthy, but it still barely explains the unlikeliness of a team overcoming a 13-1 deficit for a win. It helped that the first team to do so had Ty Cobb. The Tigers scored four runs in the bottom of the fifth inning and three in the sixth before the White Sox tried to right themselves with two in the seventh to lead 15-8. The home team kept hitting, though, scoring five times in the eighth and three in the ninth. In the final at-bat, Cobb reached on an infield single, with an ill-advised throw to the first baseman getting away to allow Davy Jones and Donie Bush to score and knot the game at 15. Sam Crawford followed with a double over the center fielder to bring in Cobb from second. The Georgia Peach went 5 for 6 with five RBIs and three runs in the 28th game of his career-long 40-game hitting streak.

The Cubs were well on their way toward tying up the World Series before the American League champion Athletics scored 10 times in the bottom of the seventh inning to stun their National League counterpart. When Al Simmons cracked a leadoff home run to make it 8-1, the home crowd at Shibe Park hardly knew how much celebrating would ensue that inning. Cubs center fielder Hack Wilson twice lost fly balls in the sun, the second time allowing Mule Haas to circle the bases for a three-run, inside-the-park home run, which cut the deficit to 8-7. After Jimmie Foxx singled in the tying run, Cubs manager Joe McCarthy turned to Pat Malone as his fourth pitcher in the inning. Malone plunked Bing Miller with his first pitch to load the bases, then surrendered a go-ahead, two-run double to Jimmy Dykes. Two days later, the Athletics rallied for three runs in the bottom of the ninth for a 3-2 win and a five-game Series’ triumph.

An overflow crowd of 10,000-plus was on hand at Detroit’s Bennett Park for the Tigers’ first MLB game in the new AL, but the grandstand had thinned out by the time the home team came to bat in the ninth inning down 13-4. The Brewers surrendered five runs, including Pop Dillon’s two-run run double, before recording an out. A brief delay was needed for the Detroit players to go to the outfield and coax a suddenly energized crowd back behind the ropes. The Brewers led 13-10 when the Tigers made a second out, but third baseman Jimmy Burke fumbled a ground ball to allow a run and Ducky Holmes beat out a slow roller to Burke to bring in another run. Dillon then delivered his second double of the inning and fourth of the game to plate two runs and lift the Tigers.

Of particular note in their comeback over the Senators, the Blues (the second of the AL club’s four different nicknames before 1915), made their 13-5 rally from two outs and nobody on base. Their final 10 batters reached safely on eight hits, a hit by pitch and a walk.

A look below shows baseball’s first three ninth-inning rallies from a 5-2 deficit occurred over a five-day stretch in the memorable 1986 playoffs. In the most recent occurrence, the Cubs finished off the first of three series wins in their 2016 world championship run. With no outs in the top of the ninth, Ben Zobrist doubled in a run and Willson Contreras followed with a two-run single, making it 5-5. Giants Gold Glove shortstop Brandon Crawford’s second error of the game put Jason Heyward in scoring position, and he came home on Javy Baez’s one-out single to center for a 6-5 lead. Closer Aroldis Chapman struck out the side in the bottom of the ninth.