Ranking Which FCS Teams Will Remain Unbeaten | The Analyst 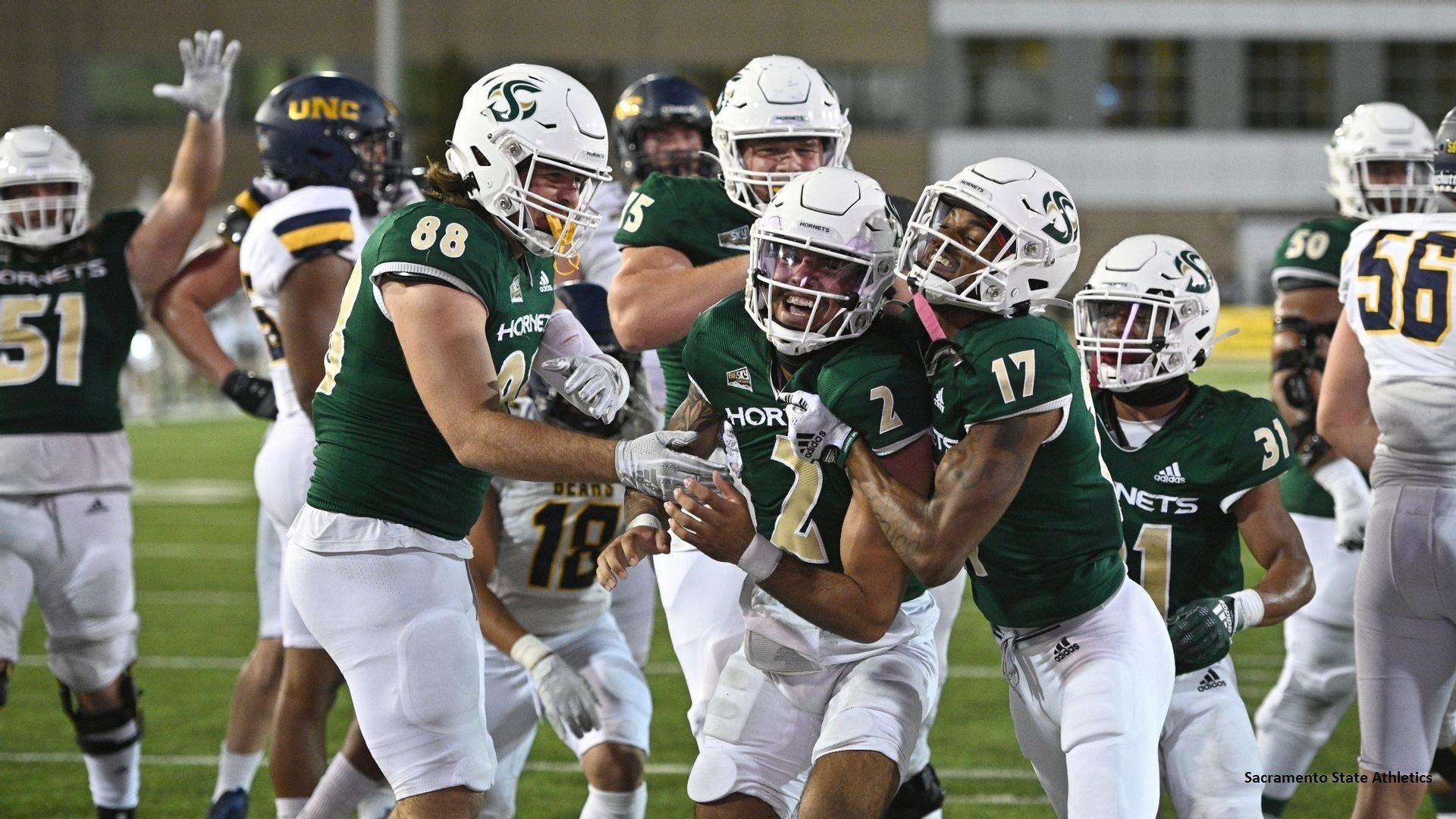 Ranking Which Unbeaten FCS Teams Will Stay The Way

As FCS college football moves past the midpoint of the regular season this weekend, eight feels great.

Eight unbeaten teams, that is.

It won’t remain that way for long, though. At least three are guaranteed a loss due to upcoming conference matchups among the Big Sky trio of unbeatens – Montana, Sacramento State and Weber State – and an Ivy League duo – Penn and Princeton.

The eight teams should be focused on one game at a time, but we’ll go big picture and rank the likelihood of them completing an unbeaten regular season, starting with the most likely team:

Assessment: The tougher half of the schedule is over, and Fordham is the last big obstacle. Holy Cross gets that game at home and has defeated its last 13 Patriot League opponents by 10 or more points, including the Rams three times, and on average by 27.3 points.

Assessment: Even in the offseason, the Tigers appeared to have the best chance to post an unbeaten regular season, and it hasn’t changed much with their home winning streak before massive crowds up to eight and the defense top-ranked in the FCS. The “Soul Bowl” at Alcorn State appears more dangerous than home games against Campbell and Southern.

Assessment: It’s crowded atop the Big Sky standings. Sac State, which has scored in all 20 quarters and is the only Division I team yet to trail in a game, joins UT Martin as the only FCS teams to rank in the top 20 nationally in both rushing and passing yards per game. While it helps to have Montana at home rather than on the road, the Hornets are an incredible 17-1 in Big Sky games under coach Troy Taylor.

Assessment: Since 2018, the Tigers are 31-3 overall, with losses only against Dartmouth (two) and Yale (one). While those two rivals plus fellow unbeaten Penn loom in November, first things first, Harvard seeks revenge after a five-overtime loss last season. Coach Bob Surace has built potent offenses, but this year’s Tigers are below their last six in scoring average and the last 10 in yardage average.

Assessment: It helps to have Dartmouth out of the way as Penn pursues its first Ivy title since 2016, but the fact the Quakers have already surpassed last year’s win total (three, just one Ivy) suggests there are tight games ahead in what appears to be a balanced league race. An improved rush defense combines nicely with a pass rush that had 14 sacks against three Patriot League opponents.

Assessment: A loss to Portland State last season probably takes away the chance of falling into a trap game before the gauntlet that follows with the Montana programs and Sacramento State. The Wildcats haven’t played UM and Sac State since 2019, the third of their four straight conference championship seasons under coach Jay Hill.

Assessment: No remaining Big Sky schedule is as daunting as UM’s, which would make a “State”-ment if it sweeps the road challenge of Sac State, Weber State and Montana State. While the Grizzlies are off to the best start since 2009, their five opponents are a combined 6-21. But their fierce defense ranks fourth in scoring average this season as well as overall across the last two seasons.

Assessment: Due to beating two Division II opponents in three games, the D-I transitioning Skyhawks have the FCS’ lowest strength of schedule, according to Massey Ratings. Still, they made a splash in their Northeast Conference debut, upsetting Duquesne. Next up are two-time defending champion Sacred Heart and the two teams off to 2-0 starts in-conference (Saint Francis and Merrimack).