NFL Predictions: Are the Vikings and 49ers the New Favorites in Their Respective Divisions? | The Analyst 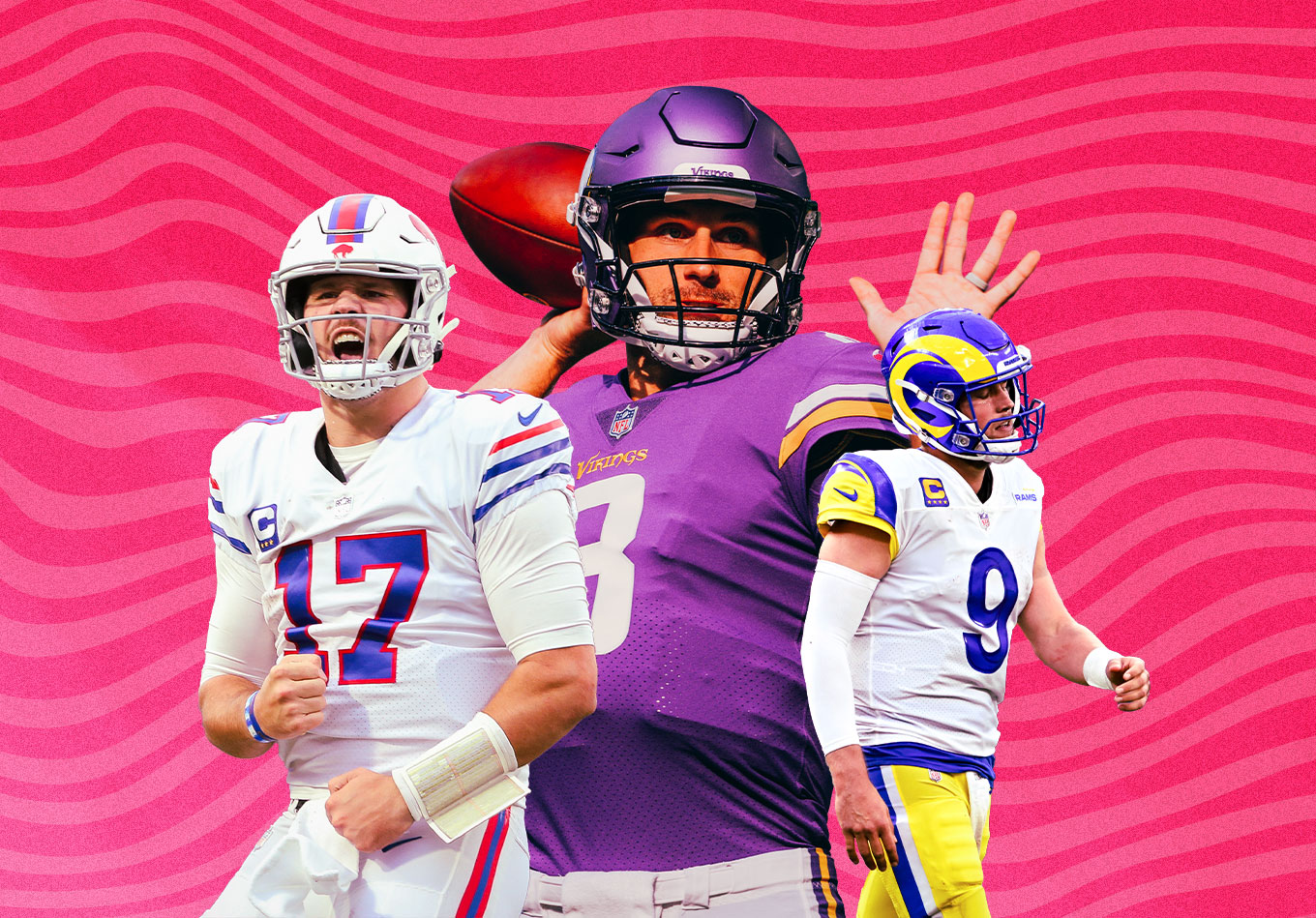 NFL Predictions: Are the Vikings and 49ers the New Favorites in Their Respective Divisions?

Parity reigns through five weeks of the NFL season.

Only six teams have a record of 4-1 or better, three of them residing in the NFC East, with most teams mired in the 3-2/2-3 morass as the league’s middle grows ever deeper.

But even though much of the league is difficult to separate by record, the first quarter of the season has provided critical information that has influenced our rest-of-season (ROS) projections.

The projected win percentages are then aggregated to produce the forecasted standings, with an unexpected team now projected to take the NFC North after the first five games.

Since their season-opening win over the Green Bay Packers, the Minnesota Vikings haven’t done much to impress, with all three of their subsequent wins coming by one score.

But at 4-1, the Vikings are unquestionably in a strong position, one furthered by the second-placed schedule they face this season.

Just four of the games remaining on the calendar are against teams that made the playoffs last season, while the Vikings’ next three contests are against a Miami Dolphins team set to start a third-string quarterback, a dismal Arizona Cardinals team with a projected average win total of 7.2 and the Washington Commanders, whose 2-4 start while starting Carson Wentz at quarterback should surprise nobody.

The Vikings will likely be favorites in each of those games and, in part because of their schedule, are given a 95.8% chance to make the playoffs and an 8.6% shot of winning the Super Bowl. That’s the third-highest probability in the NFL behind the Philadelphia Eagles (27.0%) and the Kansas City Chiefs (21.8%).

Last time the Vikings were close to reaching the Super Bowl, they were stunned as an Eagles team led by Nick Foles routed them in the NFC championship game. Despite their strong performance in the ROS projection, most would be surprised to see the Vikings meet Philadelphia at the same stage this season.

While the Chiefs are clearly the AFC favorites according to the projection, they do have company with whom they will refamiliarize themselves on Sunday.

The Chiefs welcome the Buffalo Bills to Arrowhead Stadium in a rematch of last year’s incredible AFC divisional round matchup and the AFC championship game the season before.

It is a game that could go a long way to deciding seeding in the AFC and change the ROS projection significantly. The Chiefs are given a 36.2% chance of reaching the Super Bowl – the highest in the AFC and second overall behind the Eagles – with the Bills the next on the list at 20.8%.

There is plenty to suggest the Bills could flip the script with victory in Kansas City. Quarterback Josh Allen has the fourth-best well-thrown percentage among quarterbacks with at least 100 attempts, delivering an accurate ball on 85.9% of his pass attempts. Wide receiver Stefon Diggs ranks eighth for his position among those with 25 targets in burn yards per route (3.8) and Gabe Davis leads wideouts with 20 targets at 18.4 burn yards per target.

With a defense allowing the second-fewest yards per play (4.43) in the NFL, the Bills clearly have the ingredients to sustain a Super Bowl run.

Sunday’s duel with Mahomes and Co. will provide the clearest indication yet of their credentials to actually get that far.

Don’t Bet on the Rams

The Los Angeles Rams have looked anything but contenders over the last two weeks, getting crushed by the Dallas Cowboys and San Francisco 49ers. And the projection suggests the odds of them retaining the Vince Lombardi Trophy are slim.

Under .500 for the first time under Sean McVay, the Rams are given just a 2.2% chance to win the Super Bowl. Their division rivals are in much better shape, with the projection crediting the 49ers with a 5.0% shot of finally winning their sixth ring after Super Bowl losses in the 2012 and 2019 seasons.

Los Angeles ranks 27th in pass block win rate and the struggles of the offensive line have severely limited the big-play upside of the passing game that was so critical to success last season.

Matthew Stafford, who has been sacked a league-high 21 times this season, has the fourth-lowest air yards per attempt (6.56) in the NFL among those with at least 10 attempts. If he does not get the protection to open things up, the Rams will likely find themselves watching from home sooner than they anticipated.

We projected the Tampa Bay Buccaneers to win 10.7 games at the start of the season and win the NFC South, and that number has risen to 11.0.

The New Orleans Saints and the rest of the division aren’t expected to challenge Tom Brady and Co. atop the division.

In the AFC South, the Indianapolis Colts are still at the top, just ahead of the Jacksonville Jaguars and Tennessee Titans.

Though this is projected to be the worst division in the league with the Colts winning it at 8-8-1 after tying the Houston Texans in Week 1.

The Baltimore Ravens remain the team to beat at the top of the AFC North, though their projected wins have dipped from 10.4 during the preseason to 9.6 a couple of weeks ago to 9.3 entering Week 6.

The defending AFC champion Cincinnati Bengals are still at 8.2 wins – the same number they’ve been at all season, while the struggling Pittsburgh Steelers have plummeted to just 5.6 projected victories.