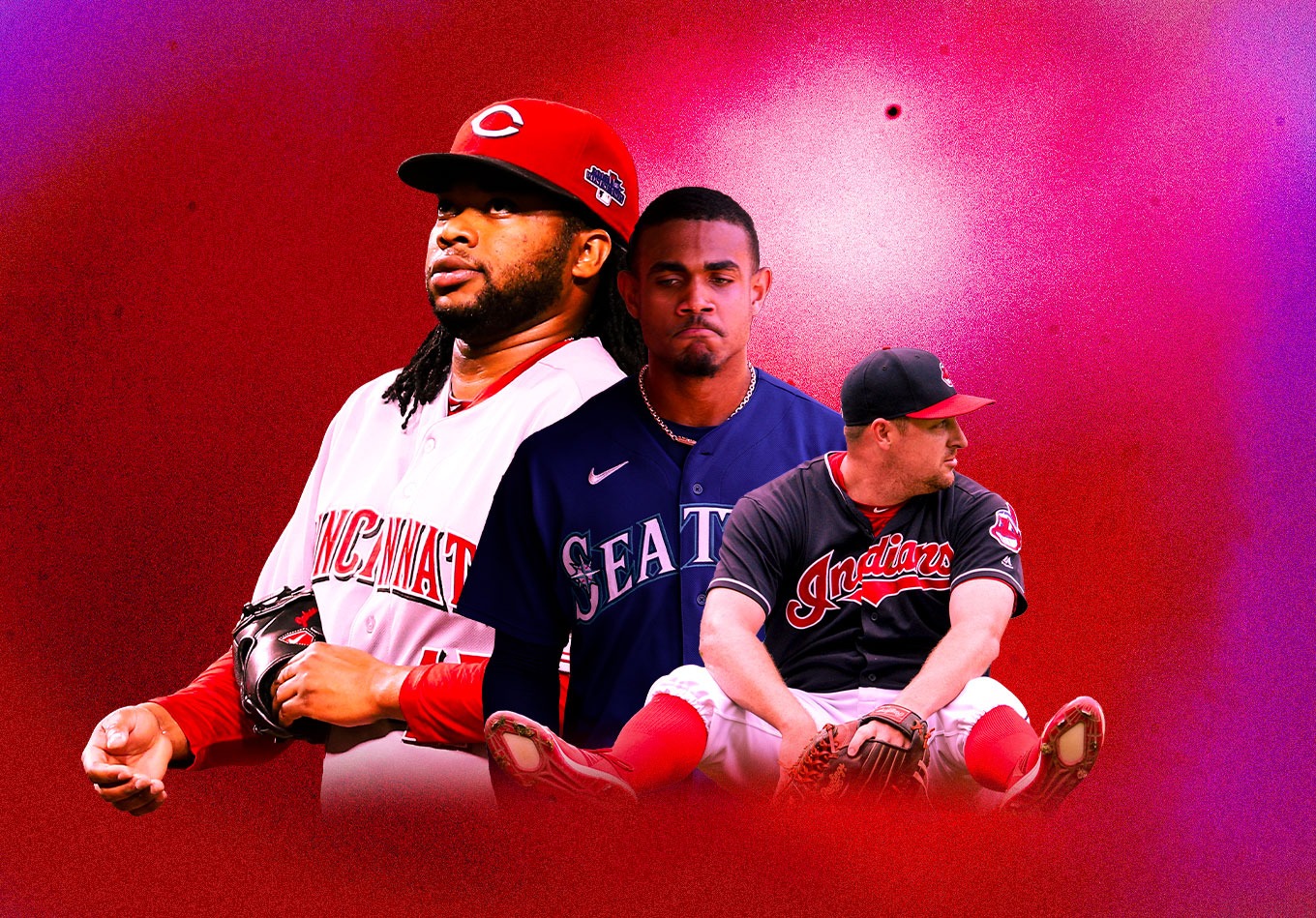 Fans will recount stories of heroes and villains, miracles and curses, hope and heartbreak.

And no two teams embody that history quite like the Boston Red Sox and Chicago Cubs.

Boston’s 86-year World Series drought was filled with all the lore of a heartbreaking fable, from the Curse of the Bambino to Bill Buckner’s error in Game 6 of the 1986 American League Championship Series to Aaron Boone’s walk-off home run in Game 7 of the 2003 ALCS. In 2004, the Red Sox broke the curse, coming back from a 3-0 series deficit against their hated rivals – the New York Yankees – in the ALCS before sweeping the St. Louis Cardinals in the World Series.

The Cubs’ drought, known as the Curse of the Billy Goat, was perhaps even more infamous. While the Red Sox often came close to postseason glory, the North Siders so often fell well short, garnering the affectionate but unfortunate nickname “lovable losers.” Before they broke their own curse in 2016, the Cubs had not reached the World Series since 1945.

Now, it’s the newly named Cleveland Guardians who own the longest World Series title drought. But where do the rest of baseball’s tortured franchises fall?

We looked back through Major League Baseball history to find the longest playoff droughts.

With stars like Miguel Cabrera, Victor Martinez, Prince Fielder, Max Scherzer, Kenny Rogers, Curtis Granderson, Ivan Rodriguez and Justin Verlander, the Tigers made five playoff appearances and two World Series between 2006-14. They dropped the 2006 Fall Classic to the Cardinals in five games and were swept by the San Francisco Giants in 2012. They’ve since fallen on hard times with the second-worst winning percentage in baseball since 2016.

Ah, yes. It’s been said quite often that it’s a shame that we don’t get to see Mike Trout in the playoffs. After a nice run of six playoff appearances (including a World Series title) between 2002-09, the Angels have only reached the postseason once. That came in Trout’s fourth season in 2014 when the Angels were swept by the Kansas City Royals in the AL Division Series.

Fun fact: In their 28-year history, the Rockies have never won the NL West. Colorado has clinched a wild-card berth five times, including one that resulted in a 2007 World Series appearance. The closest the Rockies have come to winning the West was in 2018, when they forced a one-game playoff with the Los Angeles Dodgers after a late season push that included an eight-game win streak. But the Dodgers defeated the Rockies 5-2 in the tiebreaker and clinched their sixth consecutive division title.

Fun fact No. 2: In their 28-year history, the Marlins have never won the NL East. Miami has clinched a wild-card berth in three seasons: 1997, 2003 and 2020. But the key difference between the Marlins and Rockies is that Miami, known at the time as the Florida Marlins, won the World Series in 1997 and 2003. Prior to the 2020 season, the Marlins were the only franchise in MLB history to win the championship each year they had reached the postseason.

It’s been a brutal two and a half decades for Reds fans. After their 1995 NLCS exit against the Atlanta Braves, Cincinnati didn’t see a playoff game until 2010, when they were swept by the Phillies, a series that included Roy Halladay throwing the second no-hitter in playoff history. In 2012, the Reds took a 2-0 NLDS lead against the San Francisco Giants before losing three straight games and the series. Next year was the infamous “Cueto” game at PNC Park, when Pirates fans rattled Reds starter Johnny Cueto so much that at one point, he dropped the ball while on the mound. In 2020, the Reds lost in the NLWC series to the Braves 2-0.

After defeating the Oakland Athletics in the 2002 ALDS in five games, the Twins lost to the Los Angeles Angels in five games in the ALCS. Since then, the Twins have lost eight consecutive postseason series, including six to the New York Yankees. In fact, in postseason games against the Yankees from 2003-21, Minnesota is just 2-16. In the two other series against the Athletics in 2006 and the Houston Astros in 2020, the Twins were swept both times.

From 1990-92, the Pirates made three consecutive NLCS appearances (this was still before the wild-card era). They lost all three, and then went 20 years before reaching the postseason again. From 2013-15, the Pirates clinched three wild-card berths, but only won the Wild-Card Game once (the “Cueto” game). Pittsburgh even had a 2-1 NLDS lead on the St. Louis Cardinals that year, but lost the final two games of the series and fell short of reaching the NLCS once again. From 2013-15, the Pirates had the second-best record in baseball. They never won the NL Central, and only got out of the Wild-Card Game once.

The Mariners are the only team in MLB history to have never appeared in the World Series. The Washington Nationals were the last team to leave this unfortunate club in 2019. It’ll happen one day, Mariners fans. We promise.

The Pirates used to be one of the pillars of the National League, winning three World Series titles in 20 years and appearing in four more NLCS on top of that. And while they came close from 1990-91, Pittsburgh has failed to build a consistent winner capable of breaking through that glass ceiling that shut over 40 years ago.

Forgotten are the Guardians, who were also battling a decades-long championship drought during the 2016 World Series. Despite a 3-1 series lead, Cleveland could not win that fateful fourth game and lost the series in seven. They’ve come close before. In 1995, they lost in six games against the “Team of the 90s” Braves. In 1997, they lost in heartbreaking, walk-off fashion in Game 7 against the Florida Marlins. Their last World Series championship in 1948 came against the Braves – when they were still in Boston.

The Rangers are one of six MLB franchises to never have won a World Series, though their history of coming up short dates back the longest – 1961, to be exact – when they were the Washington Senators for 11 seasons. They hadn’t even appeared in the Fall Classic until 2010 when they lost in five games to the San Francisco Giants. The next year was a return trip to the World Series that was far more gutting. Entering Game 6, Texas owned a 3-2 series lead. Twice, the Rangers had the Cardinals down to their last strike. Twice, the Rangers blew the lead. Texas lost the game and, the next day, the series.

In the World Series era, no team missed the postseason more times in a row than the St. Louis Browns, who we now know as the Baltimore Orioles. In this stretch, the Browns only finished second in the American League once, in 1922, when they fell one game short of reaching the World Series. In 1944, the Browns lost to their crosstown-rival Cardinals in the World Series and did not return to the playoffs before moving to Baltimore before the 1954 season.

We return once again to the Guardians, who, after getting swept by the New York Giants in the 1954 World Series, wouldn’t return to postseason baseball until 1995. In fact, they didn’t even finish in second place in their own division until after MLB had split each league into three divisions ahead of the 1994 season – and that season was stopped midway through the year due to a strike by the MLB Players Association.

Most Consecutive Seasons Without Postseason Series Win – All Time

For obvious reasons, this could not have been any other franchise. The Cubs went the longest without a World Series appearance (see below) or a World Series win (see above), so they could not have possibly won a series in between those years. Even after MLB introduced the wild card in 1995, the Cubs still got swept by the Braves in 1998. Finally, in 2003, the Cubs defeated the Braves in five games in the NLDS, winning their first postseason series since winning the World Series in 1908.